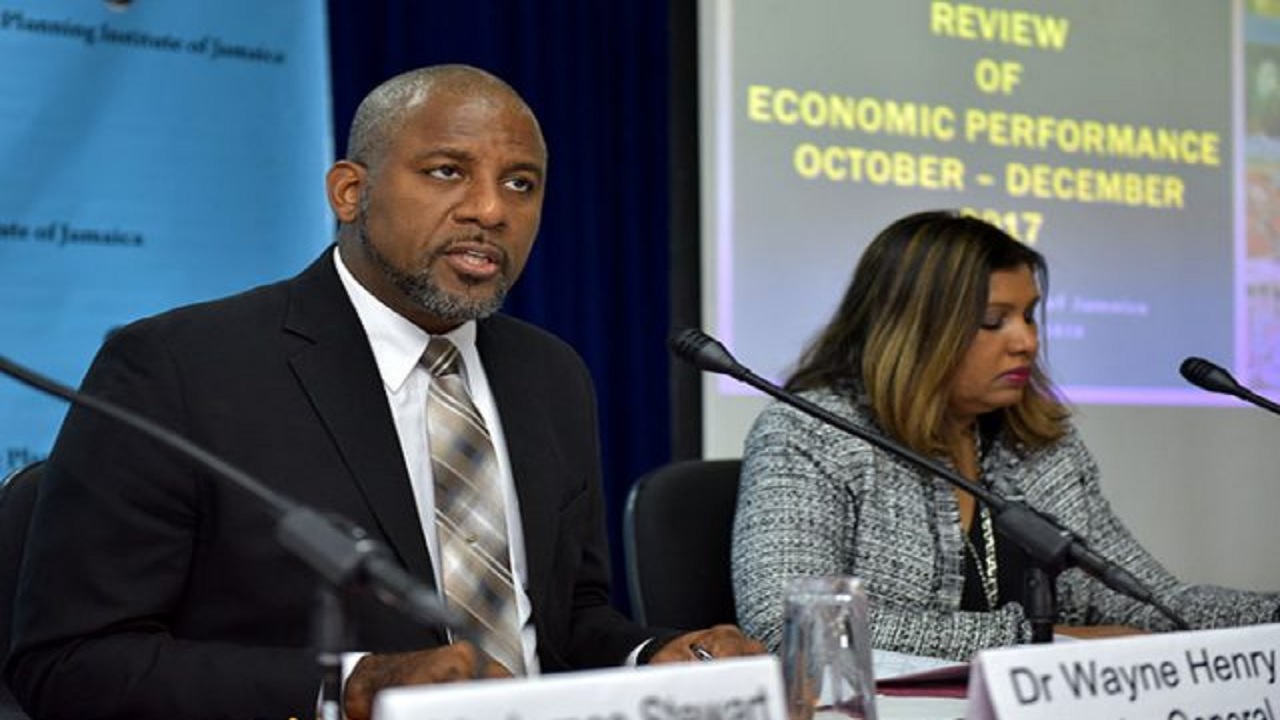 Gross Domestic Product (GDP) for the Jamaican economy grew by an estimated one per cent in the April to June 2019 quarter compared with the corresponding quarter of 2018, according to the Planning Institute of Jamaica (PIOJ).

It extends the positive growth trend to 18 consecutive quarters over four and a half years, the PIOJ noted at its press briefing on the performance of the macro economy for the first quarter of the financial year.

The PIOJ said the period largely reflected increased activity at some industrial plants such as the Petrojam refinery; increased external demand which drove output in some export industries such as the Hotels & Restaurants; and increased domestic for goods and services driven by the higher levels of employment.

Growth in the economy was however negatively affected by drought conditions, which led to a 2.5 per cent contraction of the Agriculture, Forestry and Fishing industry. The winding-down of several major infrastructure projects of the National Works Agency (NWA) - such as the Hagley Park and Constant Road projects - led to a reduction in expenditures by 28.2 per cent to $3.6 billion.

The Services Industry was estimated to have grown by 1.4 per cent, relative to the corresponding quarter of the previous year, reflecting higher Real Value Added in all Industries. This was influenced by electricity expenditure which was down 11 per cent to $2.5 billion, arising from efficiencies at the Old Harbour power plant which was commissioned last year.

Continual upgrading of water supply facilities led to an increase in expenditure of 4.5 per cent to $921.7 million.

Transport, Storage & Communication grew by an estimated 1.4 per cent, influenced by a 6.1 per cent increase in total air passenger movement which also impacted on Visitor Expenditure, which increased by 10.2 per cent to US$852.7 million.

The Wholesale & Retail Trade; Repair & Installation of Machinery (WRTRIM) industry grew by an estimated one per cent. Increased output in the industry was supported by growth in real value by 12.2 per cent of ABM & Point of Sale Transactions.

Also within that sector, Agriculture, Food, Beverages & Tobacco were up 28.7 per cent; Motor Vehicles, Auto Repairs & Accessories were up 3.6 per cent; Minerals, Fuels, Lubricants and Petroleum Products were up 3.1 per cent and Pharmaceuticals, Medical Goods & Cosmetics were up 1.4 per cent.

In the financial sector, the stock of Commercial Bank Loans & Advances to the housing industry increased by 26.7 per cent to $39.7 billion.

Real Value Added for the Hotels & Restaurants industry grew by an estimated 5.6 per cent, reflecting an increase in Foreign National arrivals which increased by 7.8 per cent.

Global stocks recover some ground at end of turbulent week