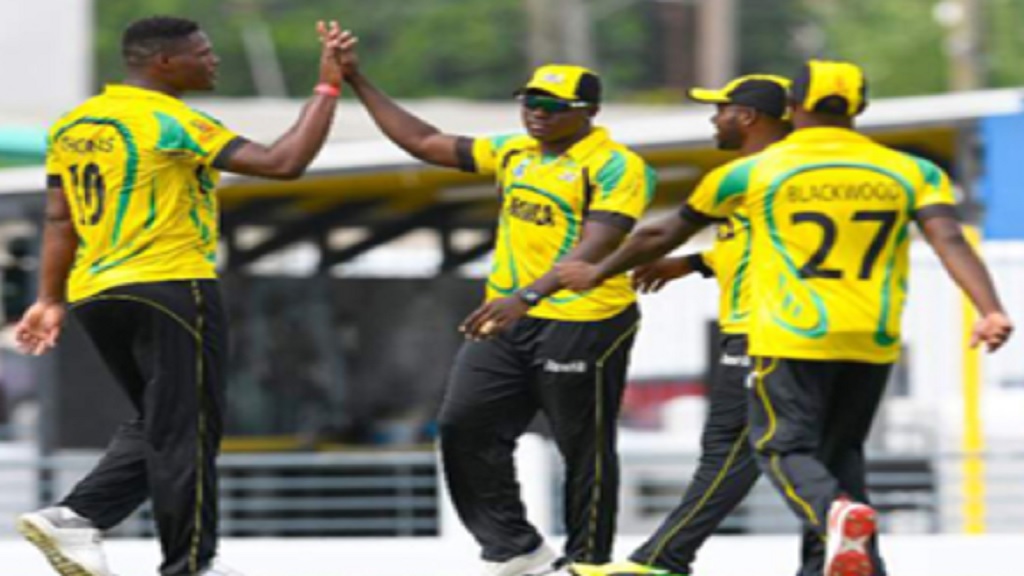 Entering the game needing a win to intensify their bid for a place in the Final Four in Trinidad at month-end, the Scorpions simply outlasted their opponents in a daytime, Group A game at the Conaree Cricket Centre in St Kitts.

In pursuit of 245 to win, Bonner showed his class with an unbeaten 73 from 79 balls that included eight boundaries to lead a successful run chase for the Scorpions on another batting paradise at the ground adjacent to the Robert Bradshaw International Airport in the St Kitts capital.

The Scorpions were 81 for three in the 20th over, when Bonner arrived at the crease and anchored a succession of partnerships that got the Scorpions over the finish line to complete the tournament sweep of the Canadians, following a four-wicket win last Saturday in a day/night game at Warner Park in St Kitts.

Bonner shared 85 for the fifth wicket with his captain Rovman Powell that changed the course of the innings and stayed until the end, which came with 13 balls remaining when Bulli lofted a delivery from Nitish Kumar to the deep cover boundary for four.

The result kept the Scorpions tucked into third place, behind group leaders Barbados Pride and hosts Leeward Islands Hurricanes, against whom they play in their final two matches on Wednesday and Sunday respectively, at Conaree.

Bulli had earlier ripped out the Canada top-order batting with 4-40 from his allotted 10 overs and later earned the Player of the Match award.

But the Canadians, on the back of a half-century from Harsh Thaker, fought to reach 244 for nine from their allocation of 50 overs, after they chose to bat.

Thaker struck four fours and one six in 60 from 85 balls and led strong top-order batting. Kumar scored 42, Rayyankhan Pathan made 33, Jeet Metha got 32 before Shreyas Movva coming late in the order added 21.

Pathan and Metha shared an opening stand of 69 before Canada stumbled to 92 for three in the 20th over, and Thaker led the recovery in a 56-run partnership with Kumar and a couple of small stands with his captain Kanwarpal Tathgur and Shahid Ahmadzai.

Canada subsided to 212 for eight, after three wickets – two to rugged West Indies fast bowler Oshane Thomas – fell in the space of seven balls, but Movva and Kanwar Mann frustrated the Scorpions with a stand of 32 in the final five overs.

JCA to relaunch search for assistant coach for Jamaica Scorpions