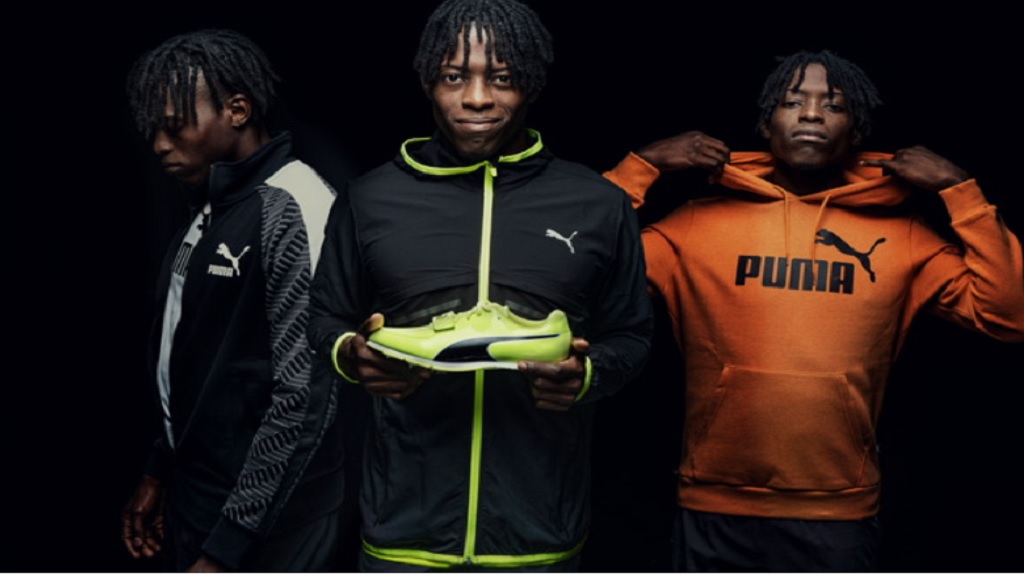 The 23-year-old Gayle joined Puma four months after he created history at the IAAF World Athletics Championships when he won the long jump in a big personal best and national record of 8.69 metres in Doha, Qatar.

While many in Doha anticipated the coronation of rising long jump star Juan Miguel Echevarria, it was instead Gayle who beat him to the punch with the longest wind-legal leap in the world for 10 years.

The performance, which put him atop the world list for the year, immediately dislodged Echevarria from number 10 in the all-time World Lists and was also the longest jump seen in a World Championship final for 24 years - since Ivan Pedroso’s 8.70m leap in Gothenburg.

“Tajay is one of the best young talents out there,” said Pascal Rolling, Head of Running Sports Marketing for Puma.

“He recently accomplished a great feat during the recent World Champs, and we are sure he will perform great during 2020. He shares all of our brand values, making him the perfect new addition to our roster of track and field athletes,” Rolling further added.

“I’m so honoured and happy to join the Puma family, just like Usain Bolt,” said Gayle, who on Friday night was named the 2019 RJRGleaner Sports Foundation Sportsman of the Year at the gala ceremony at the Jamaica Pegasus hotel in New Kingston.

“I’ve been working hard since I was a kid to accomplish my objectives, and this is definitely one of them. I can’t explain how exciting this is for me. This new stage will allow me to prove to everyone that I’m the best in the game,” Gayle further said.

Fraser-Pryce, Gayle named 2019 Sportswoman and Sportsman of the Year

Did you eat this? 28 weird food 'delicacies' in Jamaica

Gas prices increase by more than $3