Ireland in control after bowling England out for 85 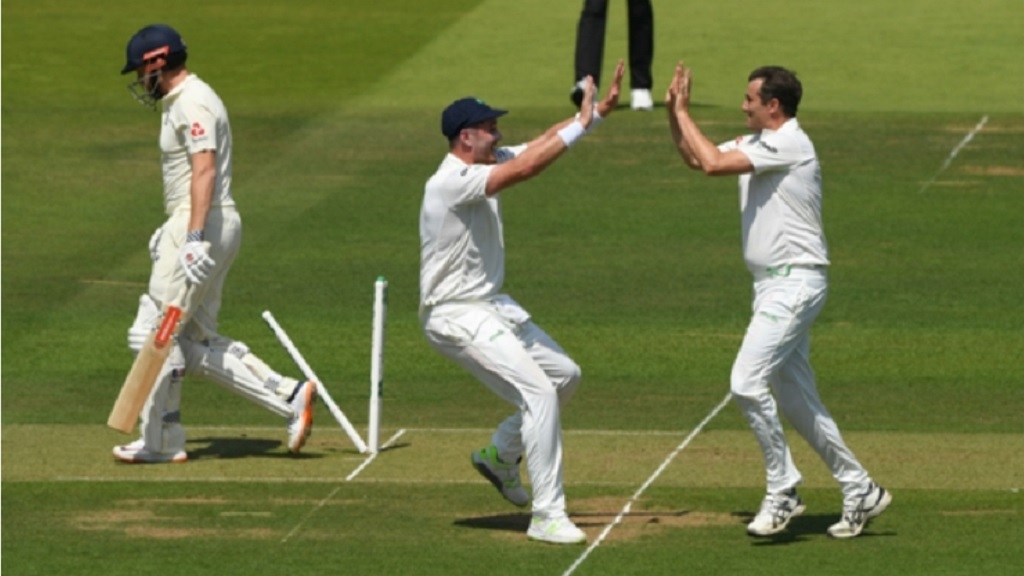 Cricket World Cup champions England were given a pre-Ashes wake-up call at Lord's as a Tim Murtagh-inspired Ireland dismissed Joe Root's team for 85 before building up a 122-run lead.

Ten days after lifting their first major ODI trophy in a thrilling final against New Zealand, England were back at the home of cricket in the longest format for a one-off four-day Test against the Irish as part of preparations for the Ashes.

And Australia would have been buoyed by what they saw as Murtagh (5-13) and Mark Adair (3-32) ensured an England side featuring five of their World Cup-winning squad - including Test debutant Jason Roy (5) - were dismissed inside 24 overs.

All 10 Irish wickets also fell on a green-tinged surface, though a half-century from Andy Balbirnie (55), who put on 87 for the third wicket with Paul Stirling (36), left Ireland - all out for 207 - in a strong position in their first Test against England.

England won the toss and elected to bat, with Roy the latest opener handed a chance to impress after scoring 443 in seven World Cup innings, yet things quickly unravelled.

Roy was the first to fall when edging Murtagh to first slip from the 11th ball he faced, while Joe Denly was out lbw to Adair for 23, which turned out to be England's top score.

Rory Burns (6) nicked behind, Root (2) was out lbw following an Ireland review, and fellow World Cup winners Jonny Bairstow, Moeen Ali and Chris Woakes were all removed for ducks as England crashed to 43-7 and Middlesex's Murtagh got his name on the Lord's honours board at his home ground.

Sam Curran (18) and debutant Olly Stone (19) at least made sure England moved well past their lowest Test score of 45, though it was still a chastening morning.

Ireland, playing in just their third Test, were two down before moving beyond England's total as Curran (3-28) removed openers Will Porterfield and James McCollum.

However, Balbirnie, who made a pair on his debut in the longest format, showed scoring was possible, making 10 boundaries before Stone (3-29) uprooted his middle stump.

Ireland lost their final eight wickets for 75 - Stuart Broad (3-60) moving above Dale Steyn into seventh in the list of all-time Test wicket-takers in the process - before nightwatchman Jack Leach safely negoiated the one Murtagh over before stumps without scoring.