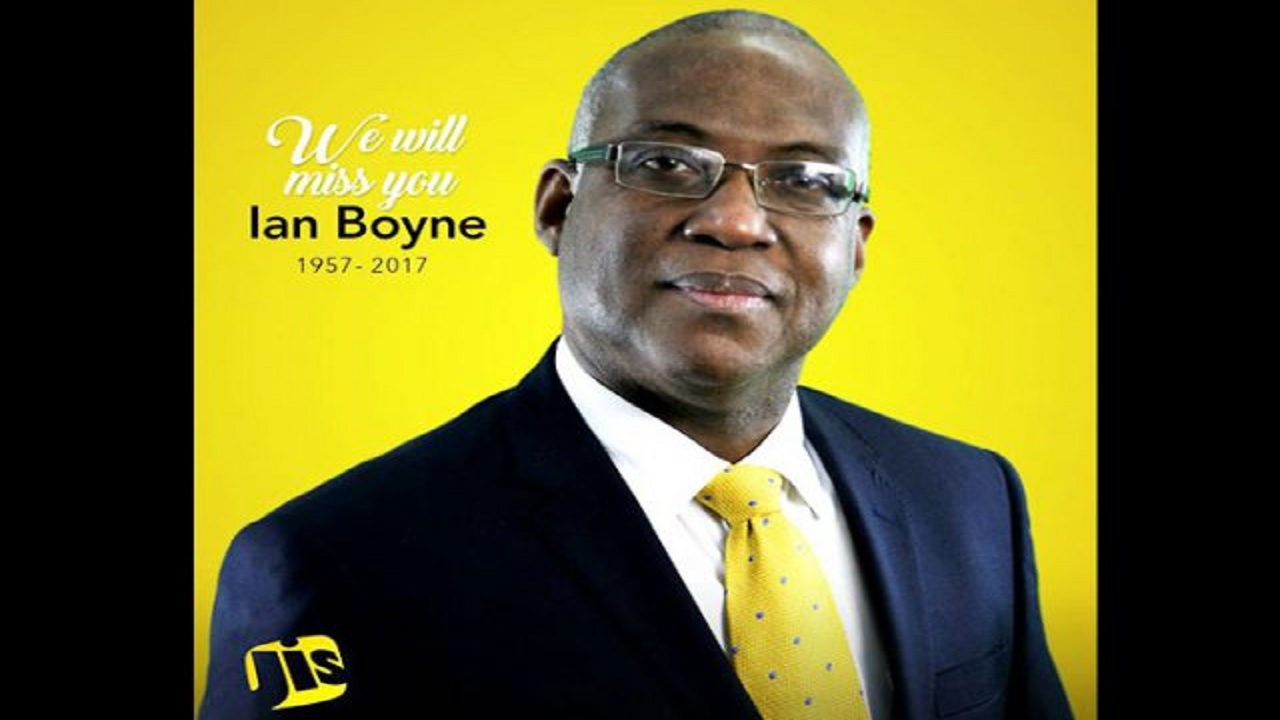 The thanksgiving service for the life of well-known journalist, Ian Boyne, is set for the National Indoor Sports Centre in St Andrew, beginning at 10:00 a.m. on Sunday

Boyne, who was Deputy Chief Executive Officer of the Jamaica Information Service (JIS), passed away at the University of the West Indies Hospital on Monday, December 18, 2017.

His death came just two weeks after he was hospitalised for what was termed a medical emergency.

Members of the public have been invited to join in the funeral for the veteran journalist, and may view his body prior to the start of the service from 8:30 a.m. to 10:00 a.m.

A condolence book will be opened, and the service will be streamed live on the JIS Facebook page, as well as carried live on JNN.

The body will be interred at Dovecot Memorial Park in St Catherine.

Boyne was the host of popular television programmes, ‘Profile’ and ‘Religious Hard Talk’.

As the Deputy CEO at the JIS, his duties included being the State Liaison Officer to the Governor General, the Prime Minister and the Opposition Leader.

Boyne entered the field of journalism in 1975, and was recognised for his contribution to the profession in 2009, when he received the national award of Commander of the Order of Distinction (CD) from the Government of Jamaica.