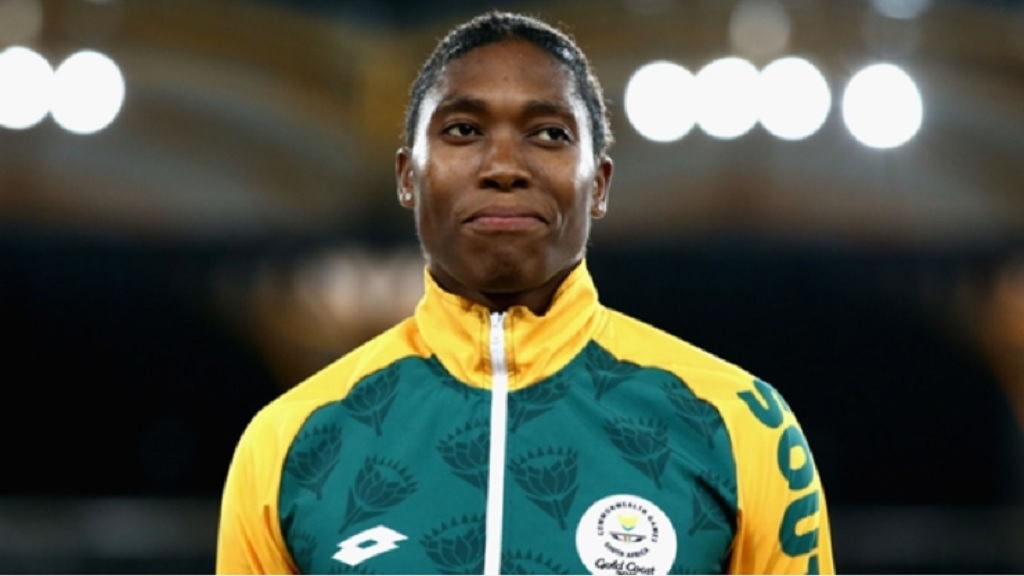 South African Semenya, the 800 metres champion at both the London and Rio Games, is currently challenging the IAAF's proposals to alter the regulations affecting women with higher than normal levels of testosterone who compete in track events ranging from 400m up to a mile.

Earlier this month, the Court of Arbitration for Sport (CAS) announced it would be delaying a decision on the case, while IAAF chief Coe – himself a double Olympic champion over 1500m in the 1980s – gave an interview to the Australian Daily Telegraph.

Coe said: "The reason we have gender classification is because if you didn't then no woman would ever win another title or another medal or break another record in our sport," which has prompted a heartfelt response from Semenya's camp.

"This weekend Ms Semenya read the comments of Mr. Sebastian Coe published in an exclusive interview," the statement began. "Ms Semenya remembers her story breaking out of Australia 10 years ago on the eve of her competing in the 2009 World Championships.

"After winning the 800m final the next day Ms Semenya stood in the middle of the stadium knowing that everyone watching the event was judging her. She was 18 years old. The nature of the intrusive medical examinations that Ms Semenya was subjected to following the event were discussed publicly, including by the IAAF.

"The scars Ms Semenya has developed over the past decade run deep. She has endured and forged herself into a symbol of strength, hope and courage. Reading the comments of Mr. Coe this weekend opened those old wounds and the reference by the Daily Telegraph (Australia) to "the muscle-packed Semenya" is just the latest illustration of how the issues have been distorted by innuendo.

"Ms Semenya is a woman. There is no debate or question about this and the IAAF does not dispute this. She was born a woman, raised a woman, socialised as a woman and has competed as a woman her entire life. Mr. Coe may have views about transgender women in sport, but that is a different issue.

"Ms. Semenya has challenged the regulation that affects women athletes with differences in sexual development (DSDs) and forces them to undergo invasive medical intervention to be able to participate in women's sport. Ms Semenya does not wish to undergo medical intervention to change who she is and how she was born. She wants to compete naturally.

"Women with DSDs are born with rare genetic differences. These differences should be celebrated in sports like all other genetic variations that make elite events worth watching. Mr. Coe is wrong to think Ms Semenya is a threat to women's sport.

"Ms Semenya is a heroine and inspirational role model for young girls around the world who dream of achieving excellence in sport. Ms Semenya hopes and dreams that one day she can run free of judgment, free of discrimination and in a world where she is accepted for who she is."

Semenya optimistic despite CAS delay in case against IAAF