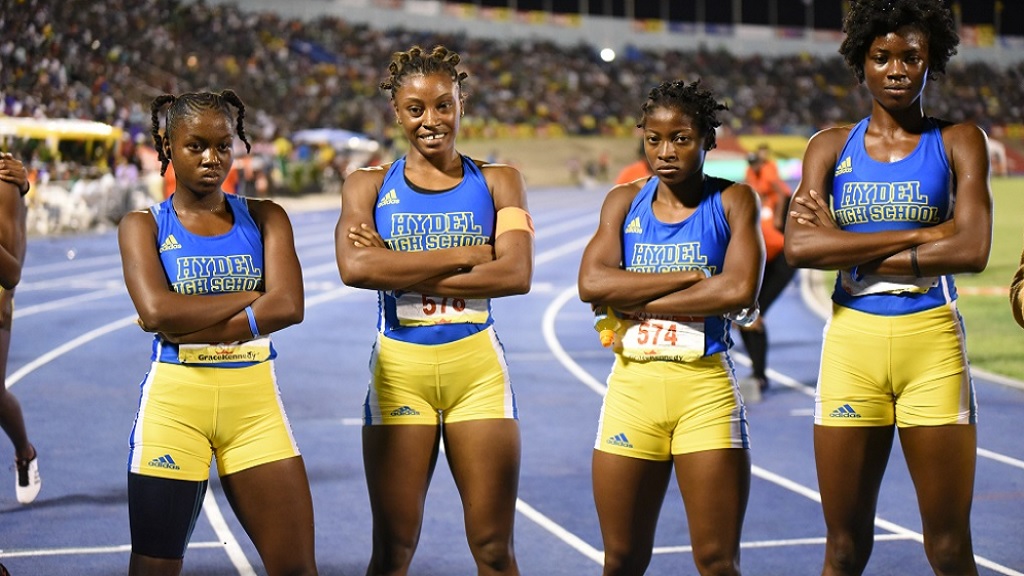 Hydel High girls dominated the track events at the fifth staging of the McKenley-Wint Track and Field Classic at Calabar High on Saturday.

Hydel High girls went on to dominate the sprint hurdles by winning two others of the obstacle races.

It was a one-two finish for Hydel High in the Girls’ Class 1 100m hurdles as Taffar Rose won in 13.96, well ahead of her teammate Gizel Clayton, who finished second in 14.71. Jaida Knowles of Star Tracker took third place in 14.80 seconds.

Jaida Carey of Immaculate Conception High School denied Hydel High a sweep of the sprint hurdles, winning the Class 4 70m obstacle race in a meet record 10.89 seconds. The Hydel pair of Tihanna Reid (11.10) and Aaliyah Mullings (11.17) were second and third.

Shenese Walker (11.83) beat the Star Tracker pair of Jaida Knowles and Anthaya Knowles, who both clocked 11.93 seconds, in the Girls’ Class 1 100m.

In the boys’ section, Calabar High stood out in the field with six victories.

Shadane Adamson led home a one-two finish for Calabar in the Boys’ javelin open. Adamson took the victory with an effort of 53.14m, just ahead of Jodayne Harris with 53.09m. JC’s Veayom Joseph finished third with 5.40m.

Clarendon community gets piped water for first time in over 60 years!

Coronavirus cases in the Caribbean to date: 61,240

Gun, shooting charges fizzle against men in court due to weak evidence

Man charged for allegedly raping woman at gunpoint in Portland