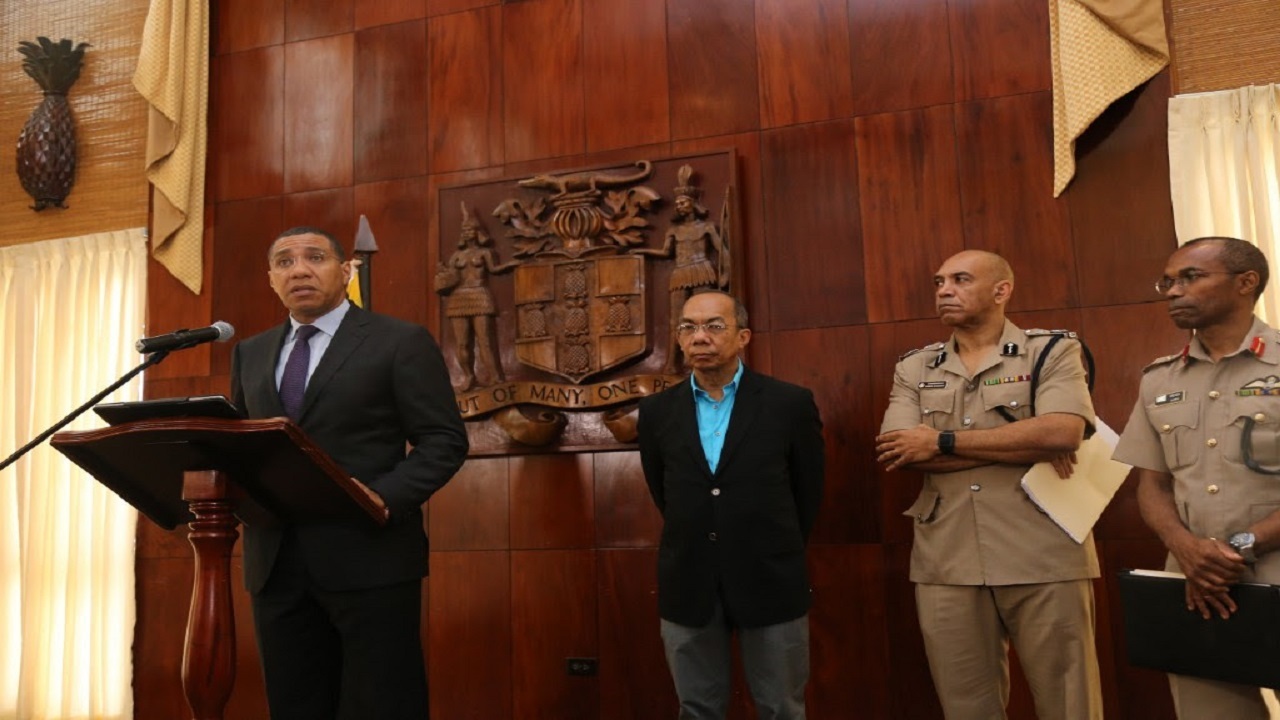 The Jamaican Government faces the possibility of forking out millions in compensation following Friday's ruling by a Supreme Court judge, which stated that the detention of five men under the states of emergency (SOEs) was "unlawful".

Nicholas Heath, Courtney Hall, Gavin Nobel, Courtney Thompson and Everton Douglas had challenged the legality of their detention in July.

The men were held in custody for several months without being charged for any offence, and their attorneys argued that this was unlawful and represented a breach of their constitutional rights.

The matter was subsequently heard over three days in the latter part of July by Justice Bertram Morrison.

Of note, the men were released from police custody when the SOEs ended on August 17, the day before Nomination Day activities for the September 3 General Election.

In a 64-page judgment, Morrison stated that the detention of the men "is quite remarkable, having regard to the fact that none of them have been charged for any offence in law".

Morrison stated, among other things, that the detention orders under the SOEs issued by the national security minister were also unlawful. The reason was because the use of the orders to detain the men for criminal cases without proper review breached the doctrine of separation of powers.

The judge went on to outline 10 reasons why the men's detention was unlawful.

He wrote: "In the final analysis, I am unhesitant in holding that:

1. A single judge has the jurisdiction to entertain this application, pursuant to the court’s inherent jurisdiction and section 20 (1) of the Constitution. A single judge (Lord Mansfield) discharged James Somerset in 1772. A single judge in Turks and Caicos Island declared aspects of the Emergency Powers Regulations unconstitutional on June 18, 2020 in Missick v Attorney General. Also in Herbert v Phillips and Charles v Phillips & Sealey, supra confirms the proposition as stated above. In the latter case, the Court of Appeal accepted that the court of first instant had original jurisdiction to hear the matter.

2. The situation which led to the detention of the objector (the men detained in custody) does not qualify as an emergency or satisfy the situation in sections 20 (2), 20 (5) of the Constitution.

3. The claimant’s constitutional rights and the constitution itself is being breached by the current detention and executive detention system.

4. The Emergency Powers Act (EPA), in its current form, does not apply to the current constitution, since it: (a) makes references to section 26 of the Constitution, which was repealed; (b) it does not qualify as a law for the purposes of section 13 (9); (c) the EPA is in conflict with the Constitution; (d) there is no saving laws or modification clause to assist the court.

5. The Emergency Powers Regulation (EPR), in its current form, does not apply to the current constitution since it: (a) was passed pursuant to powers - 58 - from a legislation that cannot be utilised to pass the EPR; (b) the EPR is in conflict with fundamental rights, principles and values implicit in the Constitution (we identified 68 such conflicts – any one which would suffice as sufficient basis to strike the EPR).

7. The proclamation contained no material information to detail the actual situation that caused the declaration by the Governor-General. This, therefore, mean the defendants would fail to displace an onus placed on them to show the emergency actually exists in the material case.

8. The detention of the claimant is not a measure that the defendants attempted to show the court is reasonably justifiable to deal with any situation that exists during a state of emergency;

9. The use of detention order for criminal offences breaches the separation of power doctrine and cannot be countenanced.

10. There is no justification presented by the defendant to facilitate a proportionality assessment of any legitimate objective behind the claimant’s detention. This, I find to be the egregious overstepping of the bounds of the power of the executive.

"Based on the foregoing, I am to rule that the detention of each petitioner is unlawful," Morrison concluded.

Further orders are to be made by the judge in relation to compensation for the men.

It is not yet clear whether the government, which has used states of emergencies as crime-fighting mechanisms, will be appealing Morrison's decision.

Attorney General Marlene Malahoo-Forte has publicly commented that matters relating to constitutional issues should be heard by the Constitutional Court comprising a panel of three Supreme Court judges.