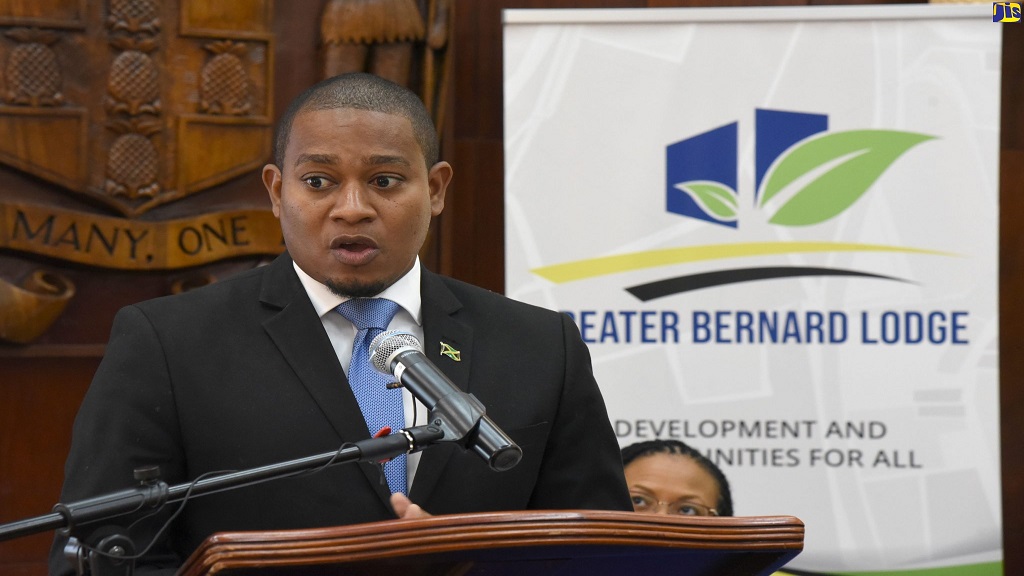 Minister of State in the Ministry of Industry, Commerce, Agriculture and Fisheries, Floyd Green, says farming in the Bernard Lodge area of St Catherine will be “significantly” increased under new developments there.

He said production should grow in the short-term, due to the number of farmers to be involved, which is set to increase from 171 to 235, and investment in infrastructure development for the communities under the Greater Bernard Lodge Development Plan.

According to the Minister, who spoke at the recent media launch of the Greater Bernard Lodge Development Plan at Jamaica House in St Andrew, the farmers will be able to take advantage of high-tech farming, as a state-of-the-art irrigation system is to be installed on the more than 3,000 acres of land that will be under agricultural production.

He added that seven wells are to be rehabilitated, 12 new wells constructed, new pumping stations built, and canals are to be reshaped and relined, plus and underground piping to assist the farmers.

“We want to provide systems that will work for our farmers, and we are going to be looking at a fully revamped irrigation network in the Greater Bernard Lodge area,” the state minister said.

Green added that the 55 farmers who are presently on the property “informally”, will be given “real leases”.

He said: “We are giving them security of tenure so that they can farm without wondering”.

As part of the development for the area, 106 lessee farmers and the 55 informal farmers are to be relocated to another section of the property. They will be allowed to reap their current cash crops, and where they have orchard crops, those are to be valued and the farmers compensated.

All the farmers are to be given rental concession during the first year of the new operation.

“No farmer in the Bernard Lodge area will be left behind,” stated Green.

Squatters, small farmers to be accommodated in new Bernard Lodge