Gov't will preserve gains made under the IMF - Clarke 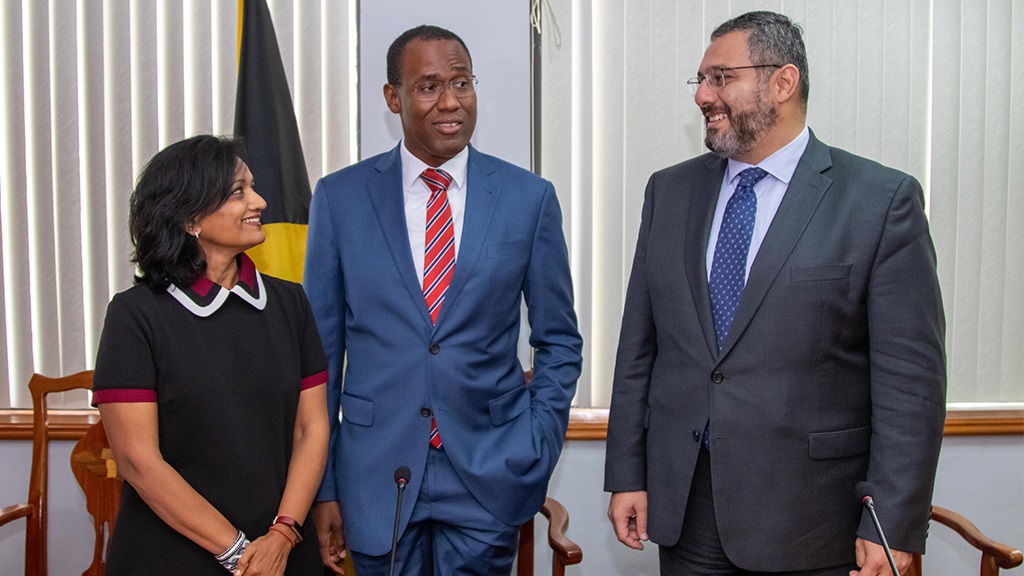 Minister of Finance Dr Nigel Clarke has signalled the government’s commitment to ensure Jamaica remains on a fiscally responsible path when its agreement with the International Monetary Fund (IMF) ends in November.

Over the last three years, the country's sustained commitment to a home-grown economic reform programme has resulted in significant dividends for the people of Jamaica, the IMF said upon completing its sixth and final review earlier this week.

Among the notable gains: unemployment at an all-time low of 7.8 per cent, a reduction in taxes,  increase in business confidence, low inflation and the external current account deficits, and the level of foreign currency reserves comfortably at about US$3.5 billion.

Speaking during a media roundtable at the ministry’s Heroes Circle office in Kingston on Friday, Clarke outlined several measures being put in place to sustain the gains made in the economy.

“I like you, grew up in a Jamaica where we are always in economic trouble, the word IMF, I’ve known since I was seven years old, passing a test, failing a test and wonder if this is our destiny,” Clarke told the media.

“But I want to ensure that Jamaica remains on a fiscally responsible path,” the finance minister said.

For this reason, Clarke said he proposed the establishment of a fiscal council.  A fiscal Council is a permanent, independent, non-partisan institution, staffed by experienced and technically proficient persons to help to promote economically sustainable policies across political cycles, and are created by legislation.

“On becoming minister of finance, I proposed the establishment of the fiscal council. I gave the rationale and spent a lot of time trying to generate support for such an initiative,” Clarke said. 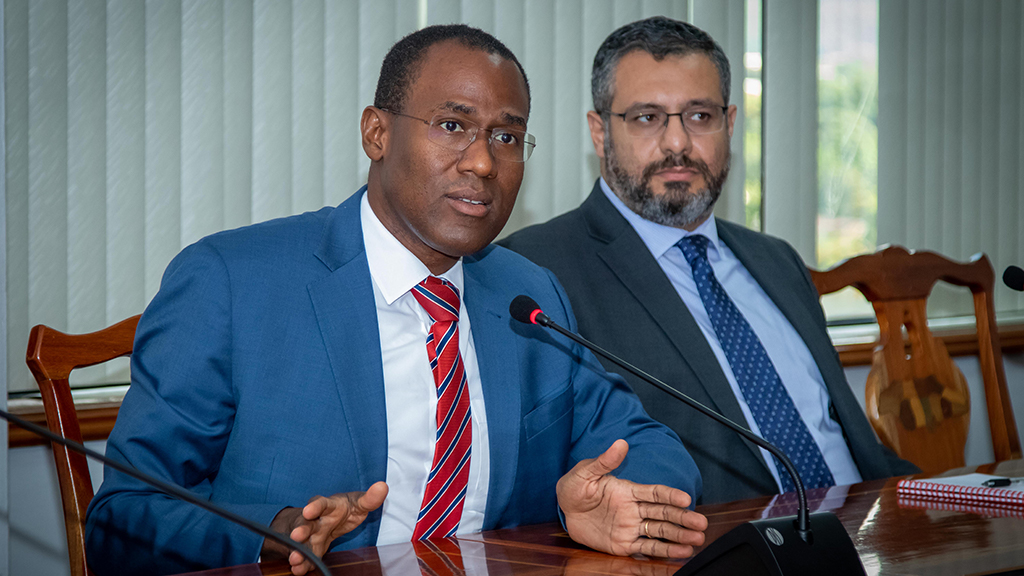 Finance Minister Dr Nigel Clarke making a point during a roundtable discussion with the media on Friday. Looking on is IMF Resident Representative in Jamaica Karim Youssef. (Photo: Shawn Barnes).

Furthermore, the government will continue its pursuit to reduce its debt to gross domestic product (GDP) ratio to 60 per cent of GDP by the end of March 2026, Clarke said.

“I assure you further that there is a law of the land that requires the maintenance of fiscal responsibility, ie., that the debt by 2025/2026 must be no more than 60 per cent. That’s the law, and we intend to abide by the law,” Clarke said.

“But we are not leaving it there, we have invited the fund to remain in Jamaica for the next two years. This is very important as they been great technical advisors to Jamaica."

For his part, IMF Resident Representative in Jamaica Karim Youssef said it will be business as usual for the team in Jamaica, as the “story is still being written.”

“The role of the fund is being a trusted advisor on policy issues, consultation, surveillance of economic policies and conditions and discussions on risks and how to avoid pitfalls and technical assistance so I will be here listening and engaging with stakeholders,” Youssef said.

Clarke’s final show of commitment he says is, extending the tenure of the Economic Programme Oversight Committee.

“Having EPOC which provides a monitoring function and increases transparency in fiscal affairs, is good for Jamaica,” Clarke said.

EPOC will remain in place until the fiscal council becomes operational.

Jamaica’s latest relationship with the IMF started in 2013 when the country entered into a four-year US$932-million Extended Fund Facility (EFF).

This arrangement ended in 2016 when it was replaced by a US$1.6-billion Precautionary Stand-By Arrangement.

Nothing to celebrate, declares PNP of Government’s post-IMF fanfare

Completion of arrangements with IMF a major milestone for Jamaica – PM