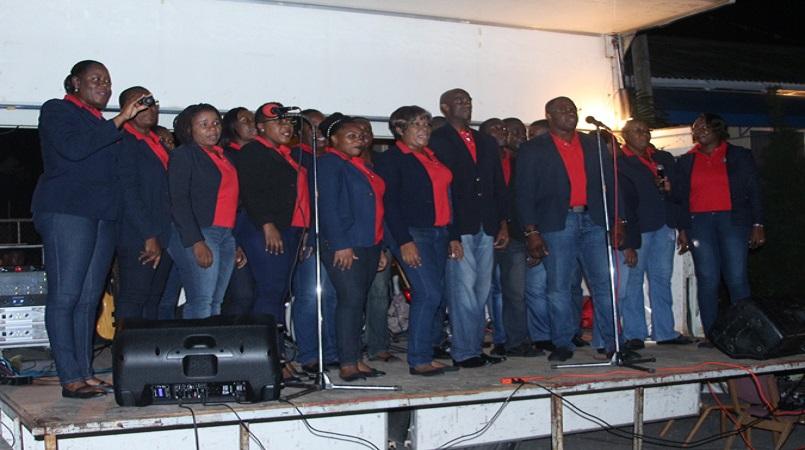 The Gordon Town police held a mini symposium and gospel concert in the Gordon Town square recently, with a number of government agencies and departments as well as private charities present to offer services and information to the residents.

Among the services that the residents benefitted from, were HIV, blood pressure and blood sugar tests, which were carried out by representatives from both the Jamaica Constabulary Force Medical Services Branch and the Jamaica Red Cross Society.

The all-day event also had representatives from the Registrar General Department, who assisted the residents with the issuing of birth certificates as well as giving information about the other services that the body offer.

The Kingston and St. Andrew Public Health Department provided services in their area of expertise and carried out an enforcement check in the immediate vicinity, while the Jamaica Urban Transit Company (JUTC) offered SmartCards and top up for cards.

Representatives from the Jamaica Fire Brigade gave safety tips and advice and National Health Fund (NHF) cards as well as membership opportunities were offered by the National Council for Senior Citizens. The Social Development Commission (SDF) counselled residents on its offerings.

The Centre of Investigations for Sexual Offences and Child Abuse conducted a lecture with a group of approximately 30 persons on various issues, ranging from child abuses, sexual offences and the possible indicators and the persons who are most vulnerable along with persons who are likely to commit these offences. The residents appreciated the discussion and information.

The day's event culminated with a gospel concert, enhanced by the stage lighting which was done by the JCF Community Safety and Security Branch. It was complemented with performances from the JCF Choir, churches from the area, Joseph Emmanuel, Sister Nickie, Marcell Taylor, Godartiste and Chozen.

The concert had approximately 500 residents attending, during which there were no reported incidents. The Gordon Town Citizens Association helped with food and beverages.