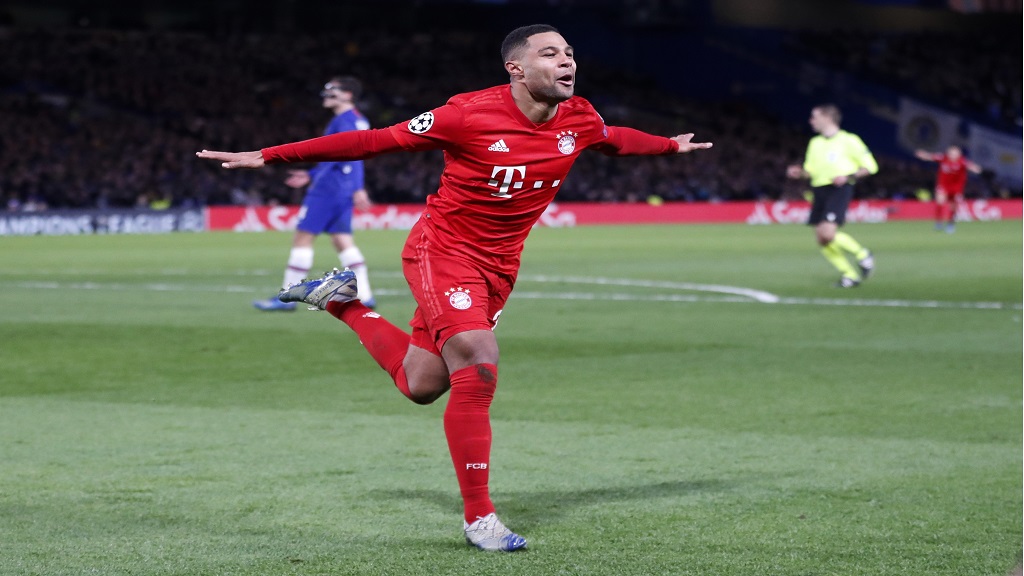 Serge Gnabry and Robert Lewandowski combined to lead a devastating second-half attacking display by Bayern Munich at Chelsea on Tuesday and secure a 3-0 victory in their Champions League last-16 first leg.

The hosts were torn apart by the intensity of the German champions but held out until the 51st minute when Gnabry netted the opener after playing a one-two with Lewandowski.

Gnabry started the move that led to the second inside three minutes, releasing Lewandowski on the left flank again and racing forward to receive the ball back in the penalty area and slotting into the net.

It gave Gnabry six goals in London this season in the competition, having scored four in a victory at Tottenham in the group stage. He's shining in the city where he made little impact for Arsenal before rebuilding his career from 2016 at Werder Bremen.

Alphonso Davies spearheaded the counterattack to create the third, making a lightning run down the left flank and crossing to Lewandowski for a tap-in in the 76th.

Chelsea were completely overwhelmed and had to play with 10 men from the 83rd when Marcos Alonso's yellow card was upgraded to red after a VAR review on an off-the-ball elbowing of Lewandowski.

Bayern have now inflicted the heaviest home Champions League defeats on Chelsea, Tottenham in a 7-2 rout in October and Arsenal in a 5-1 win in 2017.

The night's other last-16 match was a closer contest with Barcelona drawing 1-1 at Napoli after Antoine Griezmann canceled out Dries Mertens' opener for the Italians.

Pep Guardiola: Managing Man Utd? I'd rather live in the Maldives

Coronavirus cases in the Caribbean to date: 1,800