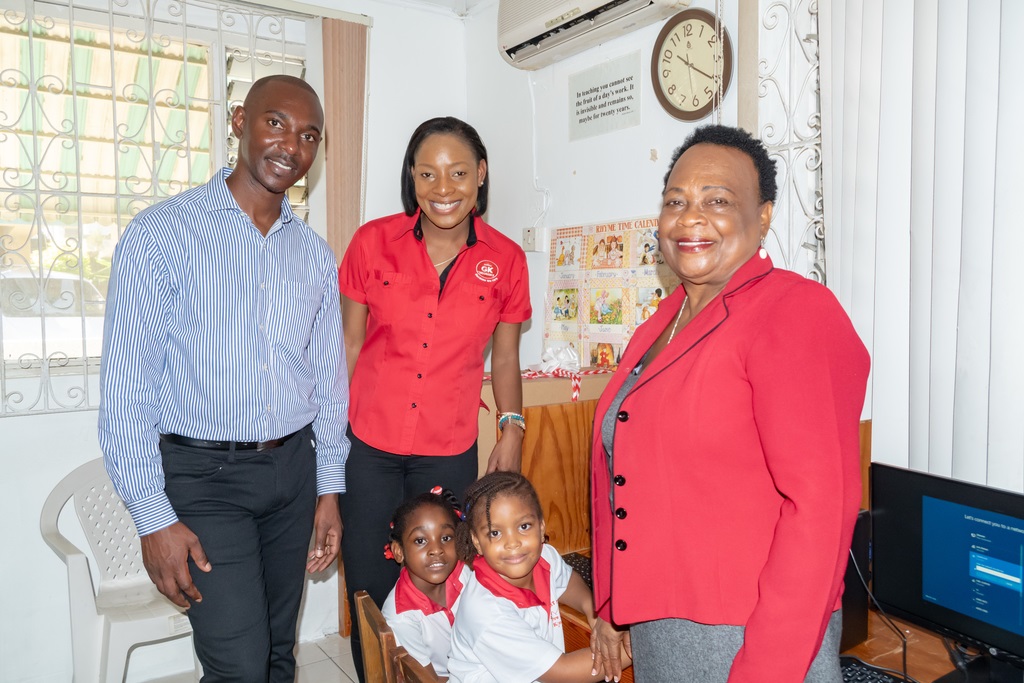 In a tech-based era, delivering education and training via the use of computers and other high-tech devices in schools is considered an international standard.

And, in a setting where children aged three to 12 are already immersed in day-to-day technology through the use of cell phones and tablets, this also applies to teaching at the basic and preparatory school level.

This is the reason that Bright Horizon Basic School Principal Valerie Wade decided to reach out to GK Insurance (GKI) for sponsorship so that she could replace the old, defunct computers in her school’s computer lab.

The veteran teacher and administrator operates the Montego Bay-based institution alongside her husband Horace as they cater to a total of 66 students from the Catherine Hall, Hopewell and Granville areas.

The past Early Childhood Commission honouree said, “I did the sponsorship letter and my husband took it and reached out to [GKI’s MoBay branch].” GKI, in response, donated three Hewlett-Packard computer units and a printer for use in the school’s new computer room, which up until recently served as the Principal’s office. 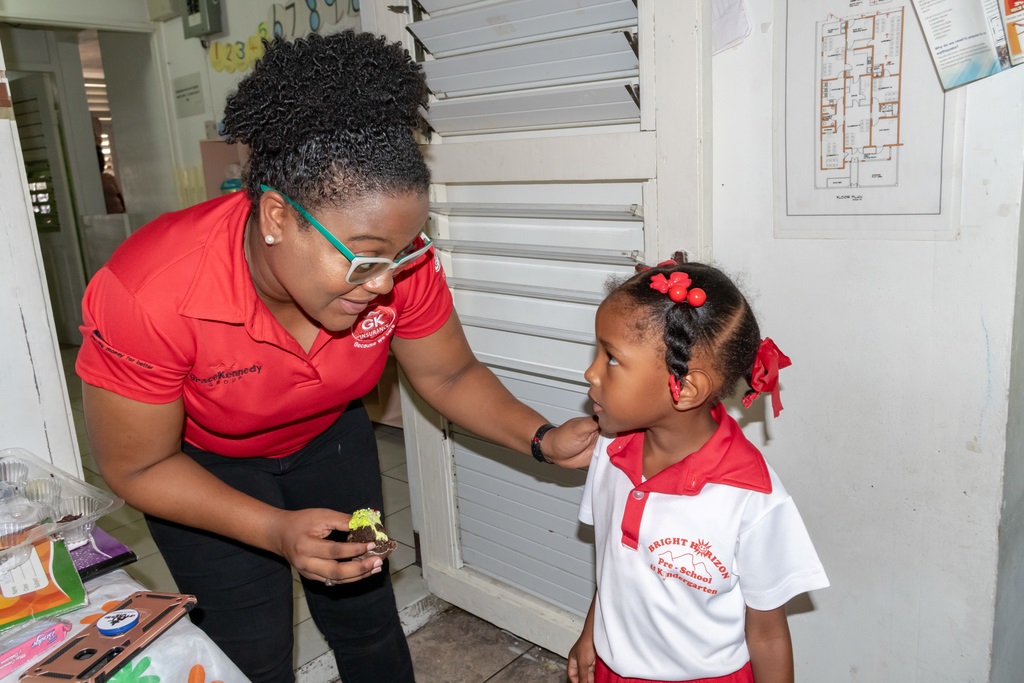 Operating on the basis of giving attention to and serving the communities in which they do business across the island, GK Insurance commits to nation-building through youth.

The company, which functions as the insurance arm of the GraceKennedy Group, focuses its corporate social responsibility on early childhood education. Their commitment is reinforced by its partnership with the Grace & Staff Community Development Foundation which, at present, has six Homework Centres and 1 STEM Centre.

The centres serve over 700 students from the Kingston, Spanish Town and Savanna-la-Mar cities as the insurance company assists in community-based initiatives surrounding its nine branches islandwide.

GKI General Manager Chaluk Richards said, “We are generally invested in the next generation. We believe that the children are, in fact, the future. I know it’s cliché when a lot of people say that the children are the future. But we believe that if we are not preparing the children, then down the road in another 10 or 20 years we are going to have serious problems as a society. So, it’s necessary for us to develop our children.”

Nadia Mitchell, who heads the insurance company’s Montego Bay branch was all too happy to further the Wades’s cause and assist. She said, “Bright Horizon has been in operation for 13 years and has been seeing good results. They are right in our backyard, so we wanted to help as a supporter of the community.” 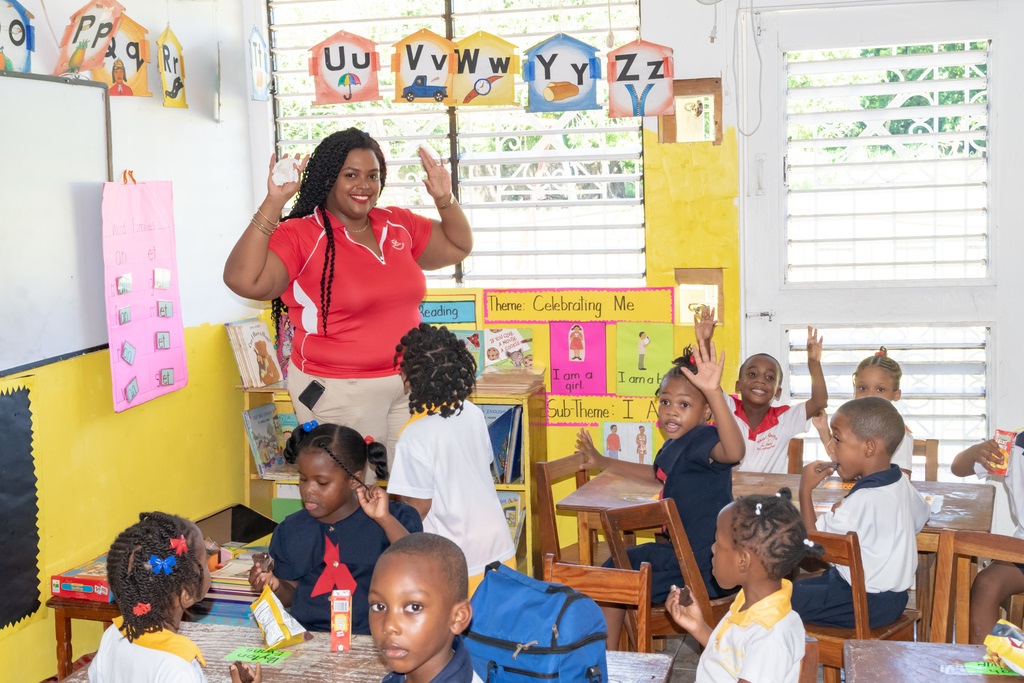 Computer skills have become increasingly important as businesses have started to depend upon computerised technology to execute tedious tasks. Recently too, Professor of Communications Policy and Digital Media at the University of the West Indies Hopeton Dunn openly spoke of the worldwide demands for innovative ways in delivering education appropriate to global standards.

She said, “The processes of preparing Jamaicans for this new environment should start at the basic, primary and secondary stages of schooling, with an introduction to content such as non-traditional languages, basic computer programming, digital literacy and experimentation with robotics.”

Wade’s mission is to do exactly that and prepare her students for the future. “I am so happy, because this is what I really wanted. The computers help us to teach them. Somebody has to dedicate their lives [to this]. I’ve done 42 years in early childhood at different schools. Now, I’m near retirement. Nobody pays me. I’m just giving a service; I’m giving back to society. Some [students] even come without any school fee and, because it’s the children, I won’t tell them don’t come in.”

GraceKennedy, journalist give back to Tower Street homework centre