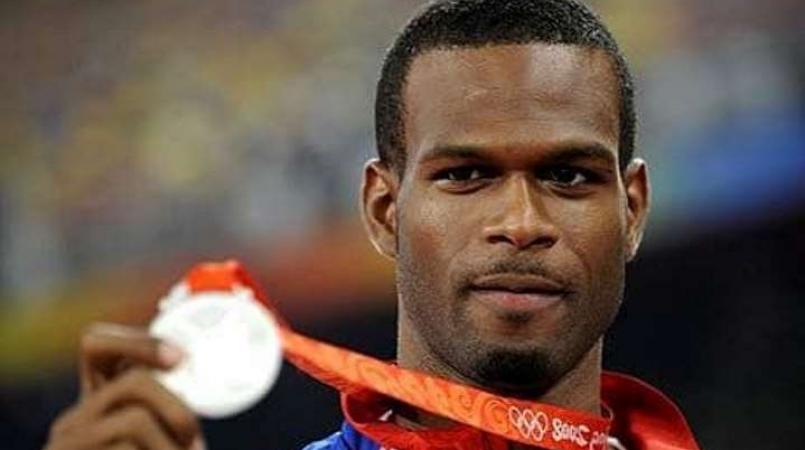 Jamaica-born high jumper Germaine Mason, who was killed in a motorcycle accident in Jamaica on April 20, 2017, at age 34.

The late Jamaica-born high jumper Germaine Mason, who switched allegiance to represent Great Britain in 2006, could be in line for an upgrade to an Olympic gold medal if doping allegations against Russian Andrey Silnov are proven.

Mason, who was killed in a motorcycle accident in Jamaica on April 20, 2017, at age 34, finished second behind Silnov in the men's high jump at the 2008 Beijing Olympics. However, the silver he secured 12 years ago may now be upgraded to gold if the charges against Silnov apply to when he was crowned Olympic champion.

The Athletics Integrity Unit said the cases were based on an investigation into Russian doping for the World Anti-Doping Agency presented in 2016 by Canadian lawyer Richard McLaren.

Mason's first attempt at 2.34 metres on August 19, 2008, in Beijing, was enough to secure him Britain’s first medal of the Games.

Silnov, who was 23 at the time,  secured the gold at 2.36 metres, which frustrated all his competitors.

The other three other Russian athletes cited were Natalya Antyukh, the 2012 Olympic champion in the 400-metre hurdles, Yelena Soboleva, who won a silver medal in the 1,500 at the 2006 World Indoor Championships, and retired hammer thrower Oksana Kondratyeva.

The charges are due to be heard by the Court of Arbitration for Sport, but no date for a hearing has yet been listed.

Russia has been suspended from international track competitions since 2015 for widespread doping, though some have been allowed to compete as neutral athletes.

Earlier this month, the Russian track federation admitted wrongdoing in a case where fake documents were allegedly provided to give an athlete an alibi for missing a doping test. The federation said responsibility lay with management figures who no longer work there.