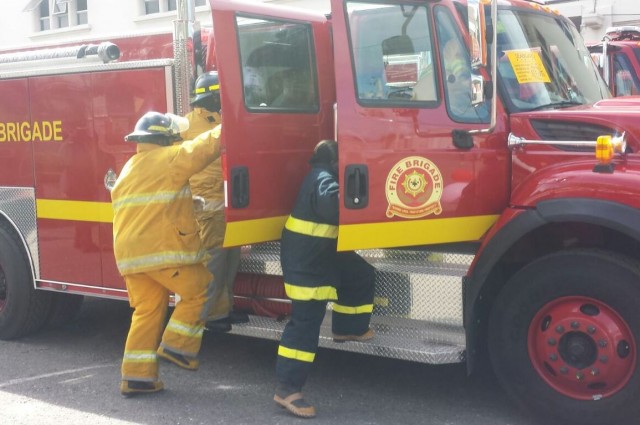 Fire believed to be the work of an arsonist, destroyed a three-apartment concrete dwelling house at Tryall district in St Elizabeth last week, leaving an elderly woman homeless.

Reports are that about 3:00 p.m., Attirella Gayle, an 83-year-old pensioner, was at home in Tryall with her 25-year-old grandson, Adrian Bennett, who is a labourer and is said to be mentally challenged

The two reportedly had an argument, during which Bennett threatened to burn the house down.

Shortly after, smoke was seen coming from a section of the house.

The Junction Fire Department was alerted, and the fire was extinguished by a team of fire personnel.

No one was injured by the blaze.

The Junction police are investigating the incident.

Coronavirus cases in the Caribbean to date: 30,557

Fugitive wanted in US for allegedly killing wife, nabbed in Jamaica