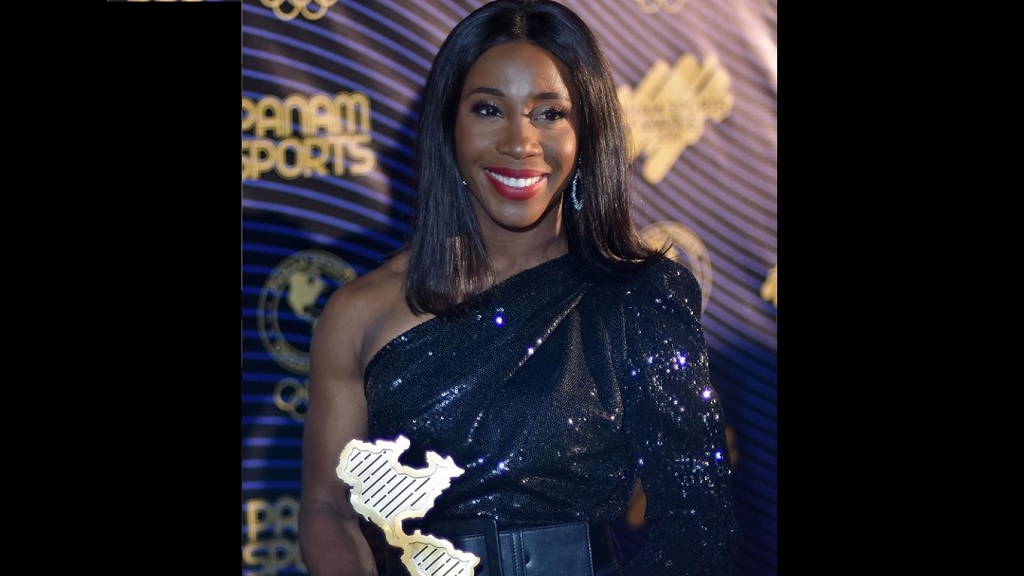 The 32-year-old Fraser-Pryce was rewarded for her performance at the 2019 Pan American Games in Lima at a ceremony in Fort Lauderdale, United States.

Fraser-Pryce produced one of the highlights of the fourth day of track and field in Lima on August 9 by adding the Pan American Games 200m title to her illustrious collection with a 22.43 (-0.1 m/s) performance to break the previous games record of 22.45 set by USA’s Evelyn Ashford in 1979.

Fraser-Pryce was competing at the Pan American Games for the first time.

Fraser-Pryce posted on her Instagram page that "It’s always a fulfilling experience for an athlete to be recognized for their efforts and hard work."

She further stated that "I would like to first applaud the Panam Sports Committee for making the decision to host this first edition to honor the athletes of the 41 countries who are members of the Americas . I’m extremely grateful my performance was considered along with all the athletes being recognized as one of the most inspiring moments at the Panam Games held earlier this year in Lima, Peru.

"2019, I decided I was “made for more”. Motherhood was never going to diminish what Shelly-Ann the athlete wanted to accomplish. To everyone who voted, thank you."

Barretto helped Brazil to the men's team gold in Lima and also topped the podium in the men's pommel horse and horizontal bar competitions.

The US received the best National Olympic Committee (NOC) prize for topping the Lima 2019 medals table with 120 gold, 88 silver and 55 bronze.

Peru were crowned the Most Improved NOC after winning 11 gold, seven silver and 21 bronze medals at their home Games.

Steven Gooden re-elected as JSDA president for a third year