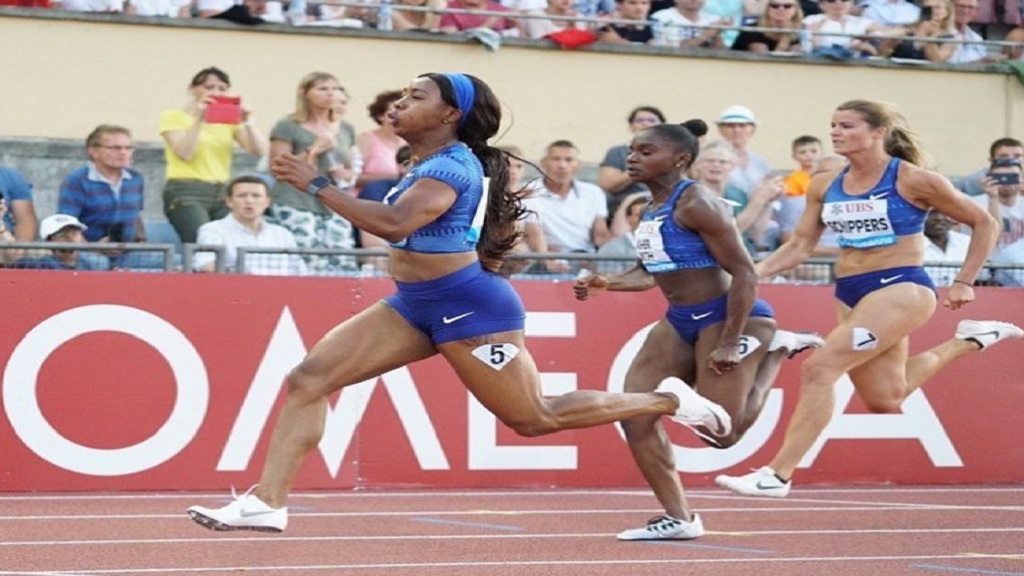 Following an indifferent run in Stanford last weekend, Jamaica's two-time Olympic champion Shelly-Ann Fraser-Pryce scored a dominant victory in the Diamond League 100 metres in Lausanne on Friday to confirm her return to the top of athletics.

The 32-year-old, on the comeback trail after taking time away from the sport to give birth to her son Zyon, clocked 10.74 seconds for the victory.

“I came to Lausanne in a very happy state of mind, despite a poor performance in Stanford,” said Fraser-Pryce. “I am delighted with 10.74 today. Such ups and downs make sure that you do not take anything for granted and do not get complacent.

“It’s a long season this year, but I’m feeling great,” she added. “Let’s see how the season progresses; I will happily embrace anything that the season will throw at me. I am going to enjoy it and do my best.”

Earlier, Stephenie Ann McPherson finished third in the women's 400m in 50.88, while her Jamaica teammate Shericka Jackson ended eighth in 52.35.

Bahrain's Salwa Eid Naser made it four victories from as many Diamond League races this year to win in 49.17 seconds, smashing the previous Lausanne record of 49.45 seconds set by Marie-Jose Perec in 1996.

Nigerien Aminatou Seyni pushed Naser all the way to finish second in 49.19.

Jamaicans Shanieka Ricketts (14.65m) and Kimberly Williams (14.52) finished fourth and fifth in the women's triple jump, won by IAAF Female Athlete of the Year Caterine Ibarguen in a season's best 14.89m in the penultimate round.

Ricketts took an early lead with 14.65m, only to be surpassed by Rojas’s second-round leap of 14.82m, taking off 14 centimetres behind the board. Cuba’s Liadagmis Povea jumped 14.66m in round two and a lifetime best of 14.77m in round four.

Going into the fifth round, Ibarguen was down in fourth place with a best of 14.57m but then unleashed her winning leap to maintain her lead at the top of the Diamond League triple jump standings. For the first time ever outside of a major championship, eight women jumped beyond 14.35m.

The Olympic silver medallist had arrived in Lausanne off the back of a handful of victories, including at last weekend’s IAAF Diamond League meeting in Stanford, but his season’s best of 13.24 made him just the fourth fastest in the field.

The Spaniard produced a near-flawless race and held off a strong challenge from NCAA runner-up Daniel Roberts in the latter stages to win in 13.05. Roberts, competing in his first race as a professional athlete, clocked 13.11.

Shamier Little replicated her victory from 12 months ago, clocking a season’s best of 53.73.  Zuzana Hejnova and Olympic bronze medallist Ashley Spencer  were both timed at 54.11 with the Czech athlete getting the verdict. Spencer’s time was her fastest performance since winning in Lausanne two years ago.

In the men's long jump, Jamaica's Tajay Gayle could only manage fourth with a leap of  8.13m.

Despite struggling to hit the board, world indoor champion Juan Miguel Echevarria came away with the victory. The young Cuban sailed out to 8.32m in round two, taking off 30 centimetres behind the plasticine. He followed it with a leap of 8.11m, this time 42 centimetres shy of the plasticine.

His second-round leap proved sufficient to win, though, as Greece’s Miltiadis Tentoglou finished second with 8.19m.

There was another fourth-place finish for Jamaica through Danniel Thomas-Dodd (18.36)  in the women's shot put won by Christina Schwanitz of Germany.

The 2015 world champion led the shot put from the first round, opening with 18.68m and improving to 19.04m in round four. All five of her valid throws would have been enough to win.