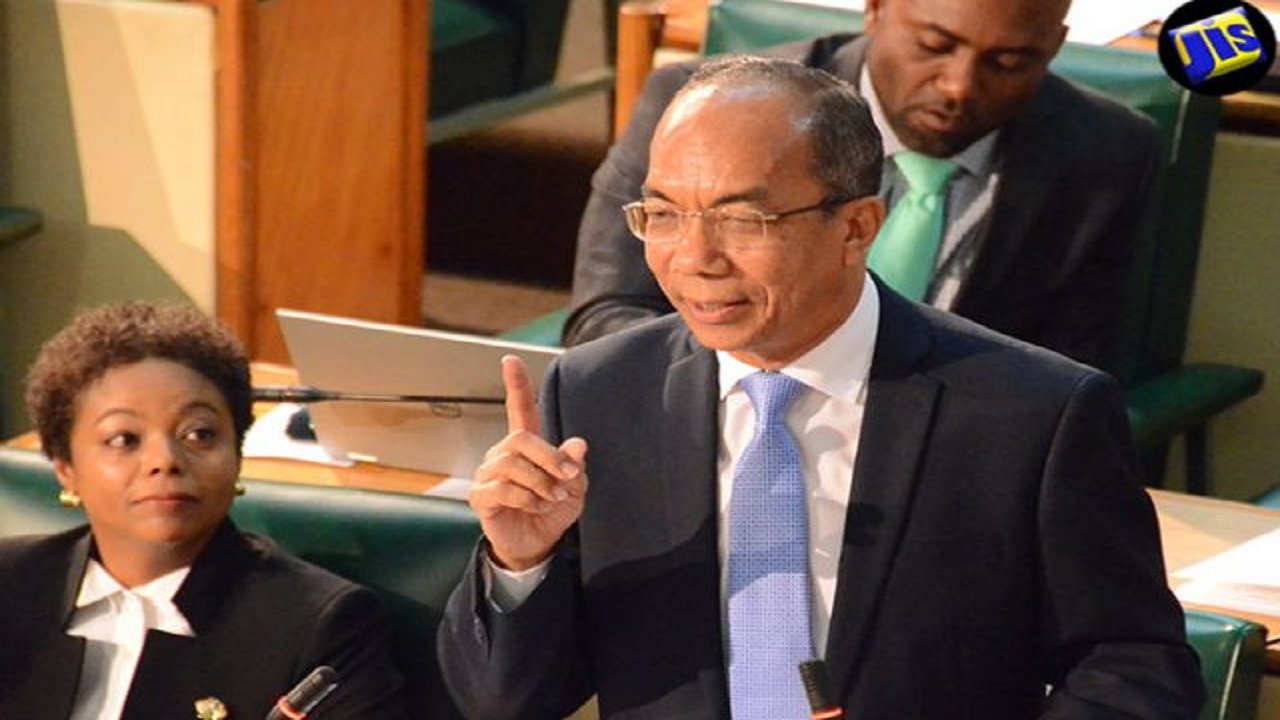 National Security Minister, Dr Horace Chang has outlined a five-point crime plan that the Government hopes will help to address the high levels of crime gripping the country.

Dr Chang presented the long-delayed crime plan on Tuesday during his contribution to the 2018-2019 Sectoral Debate in the House of Representatives.

He listed public order and law enforcement, strong anti-gang strategies, anti-corruption strategies, targeted social intervention initiatives in volatile communities, and transformation of the Jamaica Constabulary Force (JCF) into a modern service, as the “chief priorities that we will pursue to improve citizen security”.

Under public order and law enforcement, Dr Chang pledged that “no matter where you live, what you do, or how much you earn, the strategies to address law and order will be applied equally to everyone.

"In this regard, we have embarked on the development of a master plan for our communities to improve public order while simultaneously enhancing access to social amenities,” the security minister outlined.

He described public order as being synonymous with peace, safety and tranquility.

“As we envision it, it is a state in which the lives, property, freedoms and rights of individuals are protected; criminally-motivated violence has been reduced to a minimum; and criminal elements are pursued, arrested and detained. It is also where gangs have been identified, disarmed and demobilised,” Chang said.

He warned that the security forces will target high-violence communities in a bid to rebuild their resilience to risks associated with violence. He said the approach will inform the Security Ministry’s Master Plan for Community and Citizen Safety. This will include safe spaces for study and recreation, free Wi-Fi access, and CCTV in public spaces within these communities.

The security minister noted that the Government has already laid the foundation for the initiative with the launch in March of the JamaicaEye programme as a deliberate strategy to engage in a public-private partnership to utilise CCTV to monitor public spaces.

He said CCTV technology will enhance police capacity in hot spot areas, and create safer public spaces.  “We intend to employ the latest tools, including licence plate and facial recognition, to support our initiatives,” he indicated.

And Chang said the New Road Traffic Act provides an excellent vehicle to manage public order. He said this must be done in collaboration with the municipal corporations and other Government organisations, embracing the joined-up approach in tackling the problem of public order.

In terms of the anti-gang strategies, Chang noted that the review of the anti-gang law has started and the Administration intends to have it finalised during the legislative year. Amendments will include clarity about how a gang would be declared; special measures in court proceedings to protect witnesses; strategies to monitor gang members; and other provisions to address inherent weaknesses in the current legislation.

“The primary philosophy guiding how we operate going forward is apprehending gang leaders, diminishing their status as heroes within our communities, bringing them to justice, and locking them away. We will be using the full force of the law to go after these criminals, taking the profit out of crime, seizing their assets and those assets which they have placed in the names of members of their families,” Chang told the House.

In terms of fighting corruption, he also told the House that the establishment of the Major Organised Crime and Anti-Corruption Agency (MOCA) as an independent body in the security architecture, will help to address the issues of integrity and corruption within the wider society.

“We will not only focus on the little man or on street-level criminals. We will intensify our efforts at nabbing the persons who facilitate criminal organisations - the corrupt businessmen, public servants (elected or non-elected), doctors, lawyers and anyone else who benefits from the proceeds of crime. Criminal enterprises depend on a network like any other corporation,” Chang outlined.

He added that “it is corruption that undermines the institutions of the state and leads to inefficiency, loss of growth and loss of economic prospects. This Government is committed to dealing with this problem without prejudice.”

In terms of the targeted social intervention initiatives to be undertaken in the 20 most volatile communities, the security minister pointed to the need for programmes and techniques that encourage and mobilise communities, institutions, the private sector and citizens to enhance their protection against crime. He stated that what was needed was long-term robust social crime prevention strategies alongside the law enforcement operations, to address the immediate needs of crime reduction.

Chang noted that social intervention programmes have been a longstanding part of the crime prevention agenda. He said there have been some successes from varying programmes executed by the Government, NGOs and in collaboration with international development partners.

“The weaknesses, however, have been due to inefficient bureaucracy, minimal integration and a lack of sustainability,” he said.

“In moving forward, Mr Speaker. What will change is the character of the execution of these initiatives. In this regard, the Office of the Prime Minister shall assume a greater co-ordination role through the HEART and HOPE programmes executed on a national basis,” he indicated.

And on the fifth point in the crime plan, the transformation of the police force, the security minister said this must be done post haste, as there has been a loss of confidence in the Jamaica Constabulary Force (JCF) for several reasons. He promised that during this financial year, there will be a holistic approach to police transformation, moving from a force to an effective, efficient police service.

“We will be moving with deliberate effort to advance the reform to the JCF. This will not be a non-starter. Reform will not only entail technological improvements or a simple name change, but establishing a robust, accountability framework, enhanced capacity building, culture change, and improvements in the standards of service delivery.

“We are far advanced, Mr Speaker, with drafting of the legislation to govern the new police service, as well as an effective oversight mechanism for policing functions. The legislation is scheduled for tabling in Parliament this legislative year,” Chang said.

He said the new law will be underpinned by the constitutional protection now afforded to the Police Service Commission, and as such, expects broad bi-partisan support for an initiative that he described as a national imperative.

MOCA a step closer to being an independent crime-fighting agency