First volume of Barack Obama's memoir to be released in November 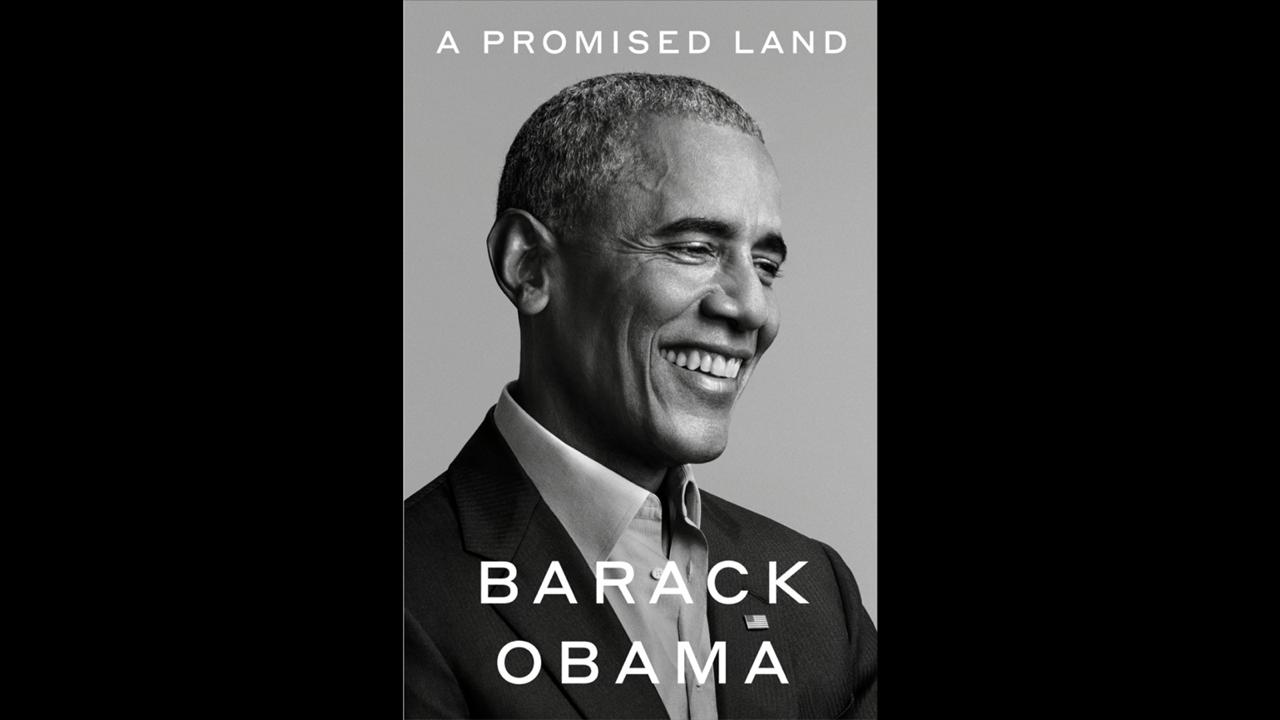 The first volume of former President Barack Obama's memoir is coming out November 17, two weeks after Election Day. It's called “A Promised Land” and will cover his swift and historic rise to the White House and his first term in office.

The publication date for the second volume has not yet been determined.
“I’ve spent the last few years reflecting on my presidency, and in ‘A Promised Land’ I’ve tried to provide an honest accounting of my presidential campaign and my time in office: the key events and people who shaped it; my take on what I got right and the mistakes I made; and the political, economic, and cultural forces that my team and I had to confront then — and that as a nation we are grappling with still," Obama said in a statement Thursday.

“In the book, I’ve also tried to give readers a sense of the personal journey that Michelle and I went through during those years, with all the incredible highs and lows. And finally, at a time when America is going through such enormous upheaval, the book offers some of my broader thoughts on how we can heal the divisions in our country going forward and make our democracy work for everybody — a task that won’t depend on any single president, but on all of us as engaged citizens.”

Obama's book, like his previous ones, will be released by Crown, a division of Penguin Random House.

The 768-page book is the most anticipated presidential memoir in memory, as much or more because of the quality of the writing than for any possible revelations. He has been called the most literary president since Abraham Lincoln and has already written two highly praised, million-selling books: “Dreams from My Father” and “The Audacity of Hope,” both of which have been cited as aiding his campaign in 2008 and making him the country's first Black president.

Even with a substantial list price of $45, “A Promised Land” is virtually guaranteed to sell millions of copies and has an announced first printing of 3 million. Barnes & Noble CEO James Daunt likened the enthusiasm for Obama's book, which seems well-positioned to become the best-selling presidential memoir in history, to the final volume of J.K. Rowling's “Harry Potter” series.

“This will be a book of rare consequence,” Daunt said in a statement. "That it will sell as no other book has done since July 21, 2007, is immensely cheering to booksellers.”

“'Dreams from My Father' introduced us to a little known US Senator and to a writer of poetic grace. The Audacity of Hope gave a thrilling vision to his ambitions for political office. A Promised Land now offers us a grand, lyrical narrative of his Presidency. This will be a book of rare consequence.

But “A Promised Land” will face challenges far different from most presidential memoirs, and even from former first lady Michelle Obama's blockbuster book, “Becoming,” which came out two years ago and has sold more than 10 million copies. Because of the pandemic, the former president will likely be unable to match Michelle Obama's spectacular, all-star arena tour. Barack Obama also may find his memoir coming out at a time when the Nov. 3 election is still undecided and the country far more preoccupied with who the next president will be than with events of the past.

Obama has taken longer than most recent presidents to complete his memoir, with the first volume coming nearly four years after the end of his second term. (George W. Bush’s “Decision Points,” a single volume, arrived within two years). He has been writing during unusual times, even before the pandemic spread earlier this year. His successor in the White House, Donald Trump, has attacked and upended achievements of the Obama administration ranging from the Iran nuclear treaty to “Obamacare.”

Whether Trump or Obama's vice president, Joe Biden, wins the election may well determine Obama's legacy and will shape how the book is read.
Obama is not the first president to publish more than one volume of memoirs; Dwight Eisenhower also wrote two. But he had been expected to write just one when Penguin Random House first announced, in February 2017, a multimillion joint publication deal with Barack and Michelle Obama.

On Thursday, Crown Publisher David Drake cited the scale of Obama's ambition to write a book that captures the experiences of being president and offers an inspiring story for young people.

“As his writing progressed and the scope of the memoirs continued to grow, he ultimately decided to write two volumes,” Drake said.

The November release will be welcomed not only by Obama readers but by booksellers and fellow publishers who anticipate that the massive demand for “A Promised Land” will raise sales for everyone during the holiday season. Its popularity may also present another complication: The publishing industry has struggled with chronic printing shortages in the U.S. over the past two years, leading to frequent delays. Drake said that Crown had taken several measures to minimize disruption, from printing one-third of the copies in Germany to arrange for a US plant that had been scheduled to close in October to remain open for two additional months.

“The president’s book should not impact the U.S. print market more significantly than other major bestsellers of late,” Drake said.

Obama endorses Biden as the best leader for 'darkest times'

England going to South Africa next month for 3 ODIS, 3 T20s