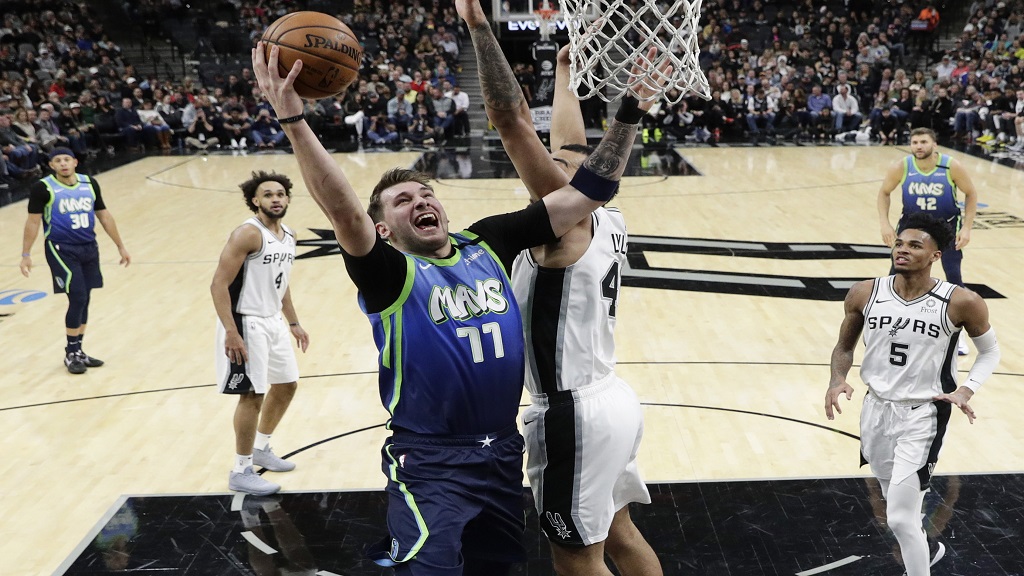 Luka Doncic tied a franchise record with his triple-double in the Dallas Mavericks' 109-103 victory against the San Antonio Spurs in the NBA.

Reigning Rookie of the Year Doncic finished with 26 points, 14 assists and 10 rebounds away to the Spurs midweek.

A double-double from Kawhi Leonard led the Los Angeles Clippers past the Phoenix Suns 102-92.

Leonard posted 24 points and 14 rebounds on the road against the Suns in Phoenix, where he carried the Clippers.

Russell Westbrook put up 33 points and James Harden scored 30 in the Houston Rockets' 140-112 win against the visiting Memphis Grizzlies. They became the first Rockets duo with 30-plus points each in back-to-back games since Clyde Drexler and Hakeem Olajuwon in 1995.

Trae Young had 37 points and 11 assists but the Atlanta Hawks lost 130-120 to the Orlando Magic. Orlando were fuelled by Aaron Gordon's 25 points and 10 rebounds.

The Washington Wizards topped the Brooklyn Nets 110-106 thanks to Bradley Beal's 30 points in DC. Caris LeVert had a game-high 34 points for the Nets.

It was a battle between Jayson Tatum and Donovan Mitchell and the former came out on top in the Boston Celtics' 114-103 win away to the Utah Jazz. Tatum recorded 33 points and 11 rebounds, while Jazz counterpart scored 37 of his own.

Sixers struggle on the road… again!

It is the same old story for the Philadelphia 76ers away from Wells Fargo Center. While they boast the best home record in the league, the 76ers are just 9-21 on the road following their 108-94 defeat at the lowly Cleveland Cavaliers. All-Star Joel Embiid also hurt his shoulder in the loss and managed only eight minutes before exiting.

The Western Conference-leading Los Angeles Lakers (44-12) will travel to the lowly Golden State Warriors (12-46) on Thursday without superstar LeBron James due to a sore groin. The Lakers have won seven straight, while the Warriors are hoping to avoid an eighth consecutive loss.