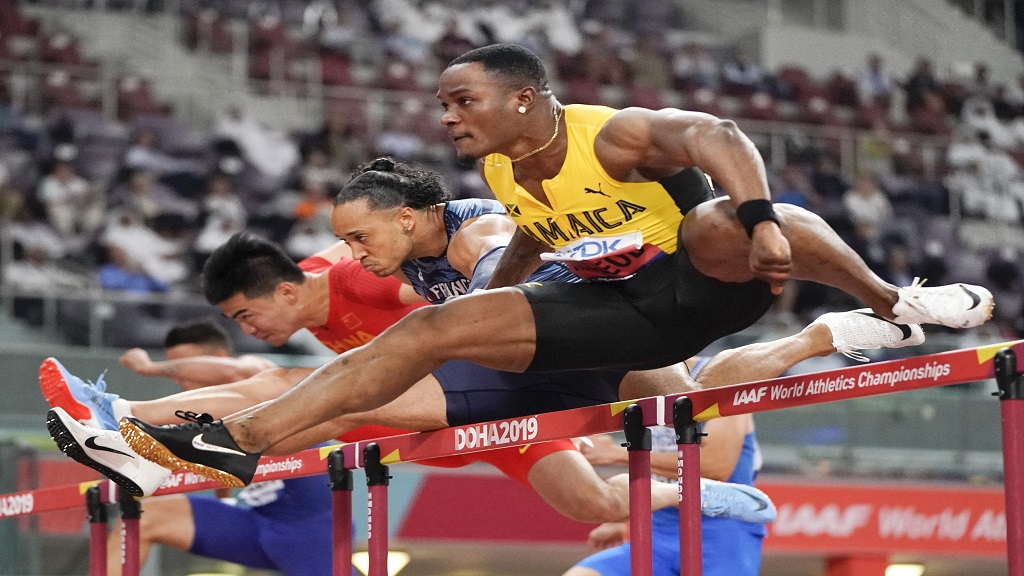 Defending champions Omar McLeod has qualified for the final of the men's 110m hurdles at the 2019 IAAF World Athletics Championships in Doha, Qatar.

The 25-year-old is the only Jamaican to advance from the semifinals as Orlando Bennett, Ronald Levy, and Andrew Riley were eliminated.

McLeod, also the Olympic champion, booked his spot after winning the second of three heats in 13.08 seconds, the fastest qualifying time heading into the final later.

McLeod survived a sustained challenge from France's Pascal Martinot-Lagarde to get home. The Frenchman finished second in a season's best 13.12.

McLeod will be hoping to defend the title he won in London two years ago, but he has had a bumpy ride in the past couple of years. In 2018 he had to cut his season short because of injury and later in the year moved to a new coach. In 2019 he lost form in the middle of this season, suffering an unprecedented four successive defeats, before shifting camp once again and setting up with US coach Rana Reider in a temporary base in Germany.

Training alongside genial colleagues including USA's world and Olympic triple jump champion Christian Taylor, and Britain’s 2014 European 200m champion and world 4x100m gold medallist Adam Gemili, McLeod has got himself into a happier state of mind and won at the IAAF Diamond League meeting in Birmingham last month.

He did not appear in the IAAF Diamond League final but was a confirmed Doha entrant on September 22.

Bennett and Levy both crashed out after finishing sixth and seventh in the first heat won by US talent Grant Holloway, whose winning time of 12.98 at this year’s NCAA Championships on June 7 tops the season’s list.

Riley could only manage fifth in the third and final heat in 13.57 won by the winner of the IAAF Diamond League final, Spain’s Orlando Ortega, who took silver behind McLeod at the 2016 Olympics.

Orgeta won in 13.16, the fourth-fastest qualifying time going into the final, which is scheduled to start at 3:00 pm Jamaica time.

Masters of Prep: How to prepare for a Hurricane