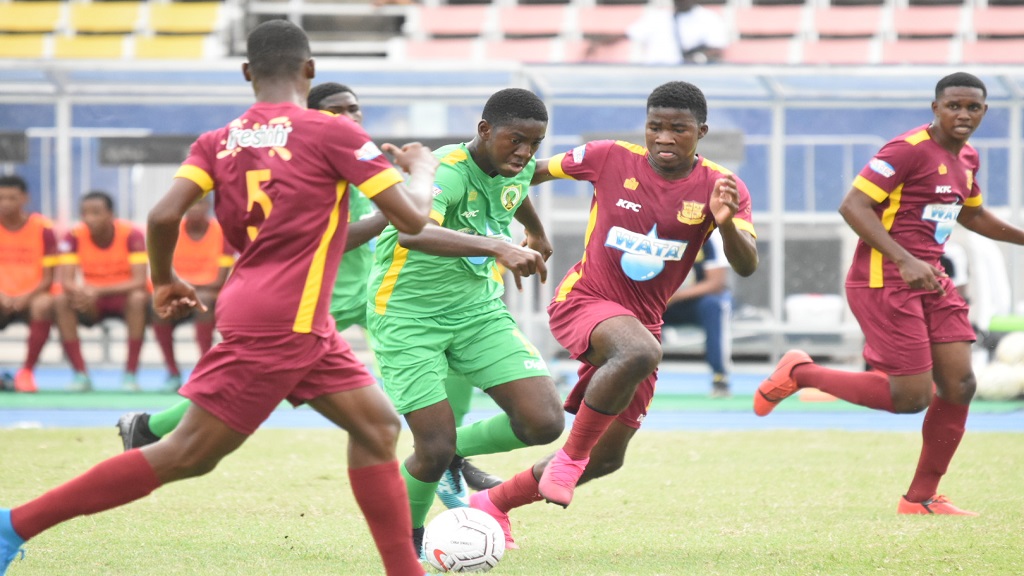 Xavier Gilbert-coached Dinthill Technical went ahead through a quick break in the third minute. Jehvonne Redman received a long ball and played inside the 18-yard box to Layne who just managed to put the ball into the back of the net for his first goal of the season.

Cornwall College equalised in the 32nd minute when Brandon Curate beat the goalkeeper with a powerful freekick from 30 yards out, but Layne found the winner in the 73rd minute when he burst between two defenders and slotted home for his second goal.

The victory represents the ninth from 12 games for Dinthill Technical this season.

Earlier, after dominating the first half against McGrath High without scoring, Sheldon Smart produced a brace in the second half to lead Clarendon College to their third straight final.

The opening goal came in the 47th minute from a set-piece when goalkeeper Carlos Robinson failed to handle a freekick from Jaland Larmond and pushed the ball onto the upright, which bounced to Smart in the six-yard box and he slotted home.

Smart completed his double and his 13th goal of the campaign in the 69th minute when he rifled a shot into the roof from inside the 18-yard box after he was set up by left-back Omar Reid.

Larmond, who earlier set up the opening goal, then got his name on the scoresheet for the fourth time this season when he brilliantly cut a ball inside to get rid of a few defenders and curled out of the reach of the goalkeeper in the 78th minute.

With the victory, eight-time Clarendon College stretched their unbeaten record in this season's competition to 12 games, comprising 11 victories and a draw. They have scored 44 goals and conceded five.