De Kock and rain hold up England after Bess five-for 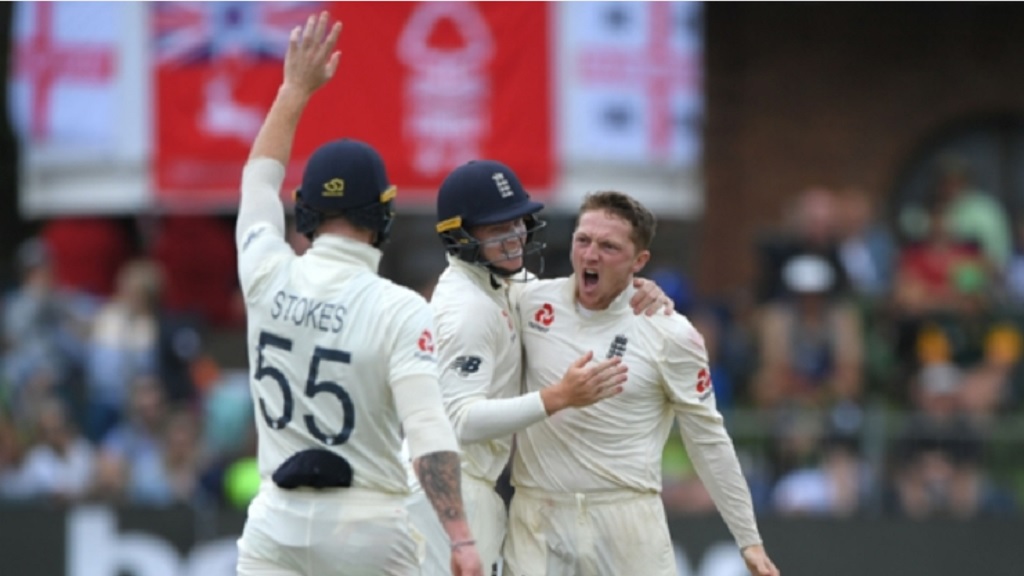 Having reduced the Proteas to 60-2 after England declared on 499-9 in the third session on day two, Bess (5-51) strengthened the tourists’ grip on the match in Port Elizabeth early on Saturday.

The off-spinner accounted for Dean Elgar (35), Faf du Plessis (8) and Rassie van der Dussen (24) in the space of 39 balls before a four-hour delay due to a downpour and the Proteas were 208-6 at stumps – trailing by 291 runs and needing another 92 to avoid the follow-on.

Anrich Nortje and De Kock proved a tricky union for England to break before Ben Stokes eventually brought the nightwatchman's resolute knock of 18 off 136 balls to an end.

England were unable to make further inroads and will resume on Sunday in a hurry to end a 54-run stand between De Kock (63 not out) – who was dropped by Stokes three times in what is his 20th Test fifty – and Vernon Philander (27no).

Bess picked up where he left off early on the second day when Elgar looped an inside edge off his pad and Ollie Pope, on a high after scoring a maiden Test century, lunged to his right from silly point to take a brilliant catch.

Du Plessis hit back-to-back fours off Bess so the spinner changed his line to remove the Proteas skipper, who prodded him straight to the alert Pope and reduced his side to 71-4.

Stuart Broad narrowly missed Nortje's off stump on two with one than nipped in and Joe Root put him down at slip off Bess soon after.

Van der Dussen twice found the ropes and was starting to look settled when Bess had his fifth scalp, finding significant turn outside off and seeing an inside edge dragged onto leg stump.

South Africa were 113-5 when the rain set in and made slow progress after play resumed, though Root would have accounted for De Kock on 30 had Stokes held on to a chance at first slip.

Root finally unleashed Stokes into the attack and he got the better of Nortje in his second over when a length delivery moved away and got an outside edge that was taken at slip by the captain.

Philander showed impressive timing to find the ropes five times and De Kock brought up his third fifty of the series with a boundary through extra cover.

Stokes was unable to cling on again when De Kock looped an edge towards the slips off Root on 58 and missed another opportunity off Joe Denly when the left-hander was on 63 in the penultimate over of the day.

Stokes and Pope hold out after slow progress for England