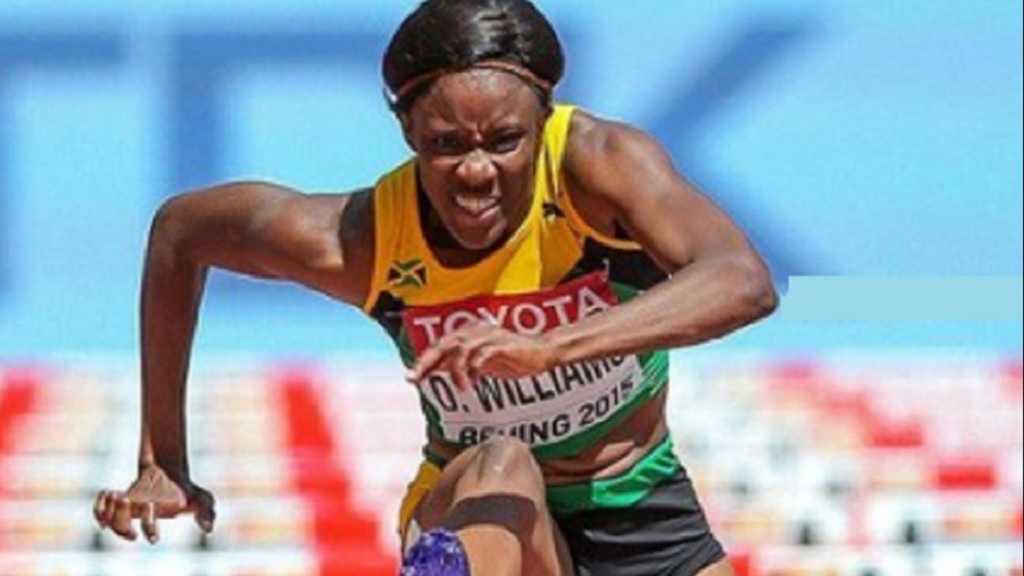 World leader Danielle Williams is among five Jamaicans down to compete in the women's 100m hurdles, one of the most intriguing events at the 11th meeting of the 2019 IAAF Diamond League, in Birmingham on Sunday.

The meet comes just weeks away from the IAAF Diamond League finals and features 14 Jamaicans.

Not only will the women's 100m hurdles pitch three of the seven fastest women of all time against one another – including Williams and world record-holder Kendra Harrison – but there will be a fierce battle for the two remaining spots in the IAAF Diamond League final.

Williams, Harrison, Tobi Amusan and Christina Clemons are among the six women who have already done enough to book their place in the Brussels final, but will still be racing in Birmingham. For them, the most important aspect of this race will be to gain a psychological advantage over their opponents ahead of the IAAF World Athletics Championships Doha 2019.

Meanwhile, the likes of two-time world indoor champion Nia Ali, USA’s Queen Claye, Jamaican duo Megan Tapper and Janeek Brown are among those vying for the seventh and eighth lanes in the final. Even Olympic champion Brianna McNeal, currently 17th in the standings, could in theory do enough to move into the top eight qualifiers.

It’s a similar situation in the women’s 200m where two of the four qualified finalists – two-time world champion Dafne Schippers and European champion Dina Asher-Smith – will line up against six women with ambitions of making it to Zurich.

Olympic 400m champion Shaunae Miller-Uibo is currently ninth in the standings following her 22.09 victory in Monaco, but another victory in Birmingham would be sufficient for the Bahamian to qualify for Zurich where she could defend her Diamond League title.

Jamaica’s Shelly-Ann Fraser-Pryce and Nigeria’s Blessing Okagbare, the winner in Stanford with 22.05, are also in the field, along with world silver medallist Marie-Josee Ta Lou and British teenager Amy Hunt, who set a world U18 best of 22.42 earlier this year.

With just one qualifying meeting left for the men’s 400m ahead of the IAAF Diamond League final, there are still no automatic qualifiers. USA’s Michael Cherry and Jamaica’s Akeem Bloomfield, the winner in London, look poised to capitalise on the absence of world leader Michael Norman and US champion Fred Kerley in Birmingham. NCAA champion Kahmari Montgomery is the fastest in the field with a best this year of 44.23.

Three other Jamaicans are in the field. They are Nathon Allen and Demish Gaye.

The men’s 400m hurdles is another interesting event and also surprisingly open ahead of the IAAF Diamond League final, although next week’s meeting in Paris represents another scoring opportunity. Brazil’s Alison Santos has broken the South American U20 record on five occasions this year, most recently with his 48.45 to win the Pan-American Games title. The 19-year-old, now the third-fastest U20 400m hurdler in history, will be making his IAAF Diamond League debut.

Santos may be the fastest in the field this year, but the likes of Yasmani Copello, Takatoshi Abe and Thomas Barr are more experienced on the circuit.

It may not be a scoring discipline in Birmingham, but the men’s 110m hurdles pits Olympic champion Omar McLeod of Jamaica against US champion Daniel Roberts in what will be their first-ever clash.

LISTED BELOW ARE THE JAMAICANS DOWN TO COMPETE IN BIRMINGHAM

William Knibbs aiming for the stars after national title