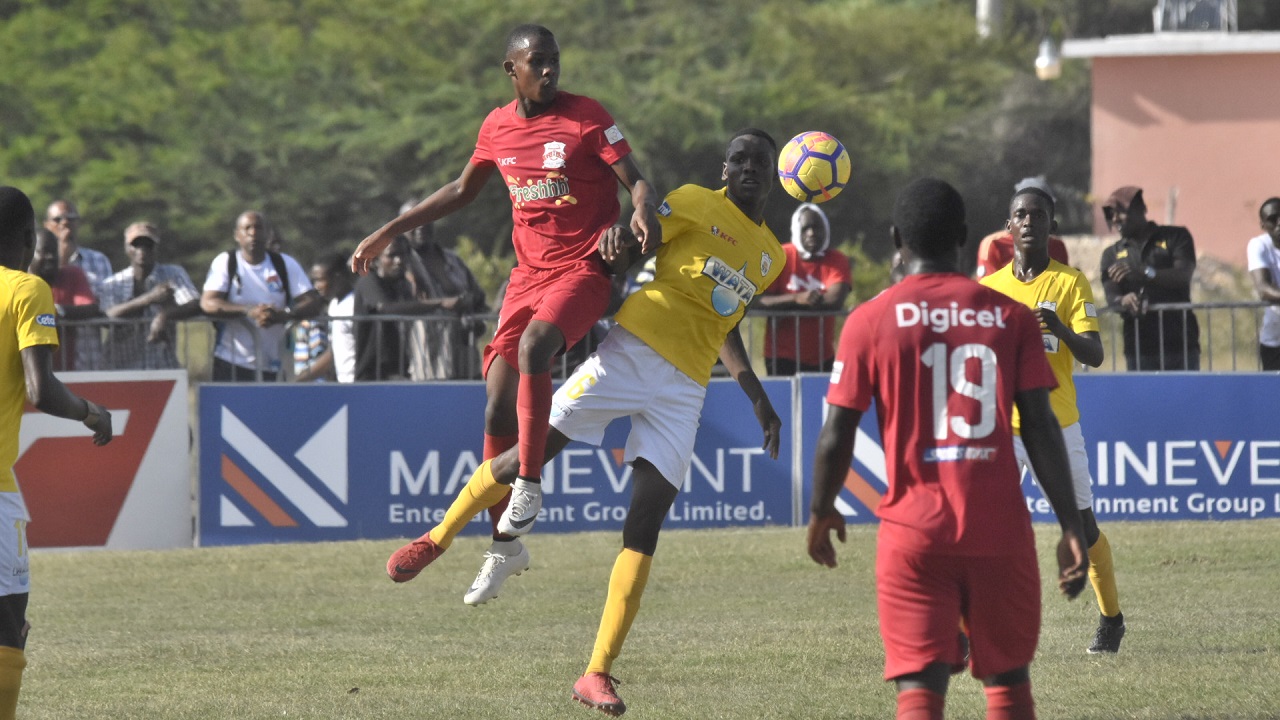 Weather permitting, defending champions Rusea’s High can book their place in the second round of the ISSA/Wata daCosta Cup competition on Match Day 20 on Thursday.

Five games are scheduled for the day.

Winners of the daCosta Cup on 11 occasions, Rusea's High, which lead Zone B with maximum 21 points from seven games, will host Merlene Ottey High, which have failed to score a goal while conceding 18 and are without a point from six games.

The 'Russians' will book their spot in the second round with a victory, providing that the game between second-place Frome Technical and third-place Green Island ends in a draw or Frome Technical secure victory.

Frome Technical and Green Island will face off for the first time this season and an interesting match looms. However, based on statistics this season, Frome Technical, which will host the game, will enter the day as favourites.

Rusea's High (21 points) enter the day with a six-point lead over Frome  Technical (15 points) and 12 ahead of Green Island High and Hopewell High, which are both on nine points.

Rusea's High have another three matches to complete their campaign in the preliminary round, while Frome Technical have four more games to go and Green Island High, another five to finish their schedule.

Over in Zone J match, St Mary Technical High School can put themselves in a strong position to qualify with a victory over the lowly Carron Hall at Richmond Farm Sports Complex.

Cornwall College started the day needing only a point to advance and defeated Anchovy 4-2, which enabled them to already top Zone A, as their 24 points cannot be surpassed.

STETHS also needed a point to make the second round and did so with a 5-2 victory over Sydney Pagon High. They have already won Zone E with 22 points with two set of matches to be played.

Likewise, Cedric Titus High in Zone C would have qualified with a point but won their match against Spot Valley 3-1.

Manchester High also booked their place from Zone F with a 1-0 at Belair High, while Garvey Maceo High clubbed Cross Keys High 11-0 to secure their place and also win Zone M, with Port Antonio High took  the top spot in Zone L and secured their spot in the second round with a 1-0 win at Happy Grove High.

The second round of the daCosta Cup will feature 32 teams. This means that at the conclusion of the preliminary round, the first two teams in each of the 15 zones will advance to the next round. The best third place team/next best third place teams will also qualify for the next round. Those two places will be determined by the number of points earned divided by the number of matches played.

THURSDAY’S SCHEDULE (All matches kick off at 3:30 pm and home teams named first)