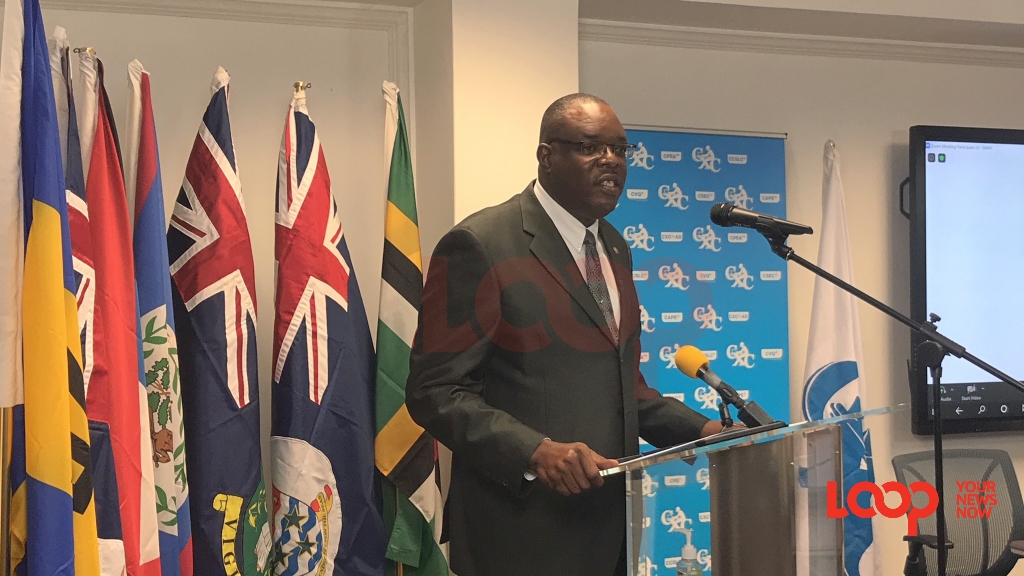 The Caribbean Examination Council (CXC) has not committed to having a review of all the grades which were awarded this year, despite mounting concerns across the region, including in Jamaica, regarding the inconsistencies of the results.

At the same time, the regional examination body has suggested that the reports of discrepancies regarding the grades are greatly "exaggerated", dismissing suggestions that there were "anomalies" in relation to the grades of regional students.

Speaking at a press conference on Friday, Chief Executive Officer of CXC, Dr Wayne Wesley, advised that reviews will only be done in cases where the individuals submit complaints or requests for reviews.

He said the CXC had received no formal complaints from students up to the time of the press conference.

"Apart from the representation that would have been made by ministries of education, we have not received any formal complaints from anyone," Wesley stated.

Continuing, he said: "Remember that the overall performance shows an improvement for the performance of the region in both CAPE and CSEC. I think the notion that there is widespread achievement of less than acceptable grades is exaggerated.

"In fact, this year you have less persons receiving less than acceptable grades of any other period for the last three years or four years," he added.

But despite the CXC's stance on the integrity of the grades, students across the region have raised their voices, hitting out against the results which have been described in some quarters as "shocking".

A petition has been launched on Change.org, calling for a thorough review of the grades. Several individuals across the region have signed the petition.

In Jamaica, for example, Education Minister, Fayval Williams, has written to CXC Chairman, Sir Hilary Beckles, "requesting a thorough investigation into several anomalies that have been brought to the attention of the Education Ministry."

Several other Caribbean countries, including Grenada, Antigua and Barbuda, Barbados, Trinidad and Tobago, and Guyana, have made similar requests.

In acknowledging that the CXC "received requests from several ministers and countries across the region", Wesley said he would not admit to anomalies in relation to the grades the students received.

"No, I can never agree to anomalies," he said, insisting that "there is a rigorous quality assurance mechanism process that is executed.

"That quality assurance mechanism ensures that there is detailed check of every single subject, with a detailed report, and as is customary with the end of our assessment process, that there are queries that will be made, and that is why there is a window between preliminary results being released and final results being released. Those concerns that are raised we will treat with and provide the requisite responses," Wesley added, reminding that the deadline for submitting queries and concerns is October 23.

He further dismissed suggestions that the CXC has taken a bureaucratic approach to the concerns raised across the region by students and education ministry officials, saying, "We have indicated to individuals where there are concerns that they need to raise it with us.

"Any of the ministries of education, any of the ministers who would have contacted me and spoken to me, will attest to the fact that once the issue has been raised, I will be making the necessary attempts to address those issues," he contended.

Meanwhile, there have also been complaints across the region in relation to students receiving high marks for their School-Based Assessments (SBAs), but going on to receive low grades in their final examinations.

Due to the COVID-19 pandemic, SBAs and the Paper One component, featuring multiple choice questions, were used to determine CSEC and CAPE grades for most subject areas.

Wesley sought to bring clarity to the SBA component, revealing that there were adjustments of the grades that were given by teachers.

He elaborated that "Prior to 2020, moderations would have been done based on random sampling of about 30 per cent. Utilising the modified approach this year, it was agreed that 100 per cent centre moderation would take place for all subjects. That meant that all SBAs were moderated.

Despite the CXC's position on regional results, calls continue to mount for a comprehensive probe to be done of the mechanisms that were used by the examination body to determine the final grades.

In Guyana, for example, one of its leading secondary schools, Queen's College, threatened legal action and possibly lobbying for withdrawal from the CXC.

Several students at the school have also been seen on social media videos protesting their displeasure with the grades that were given to them this year.