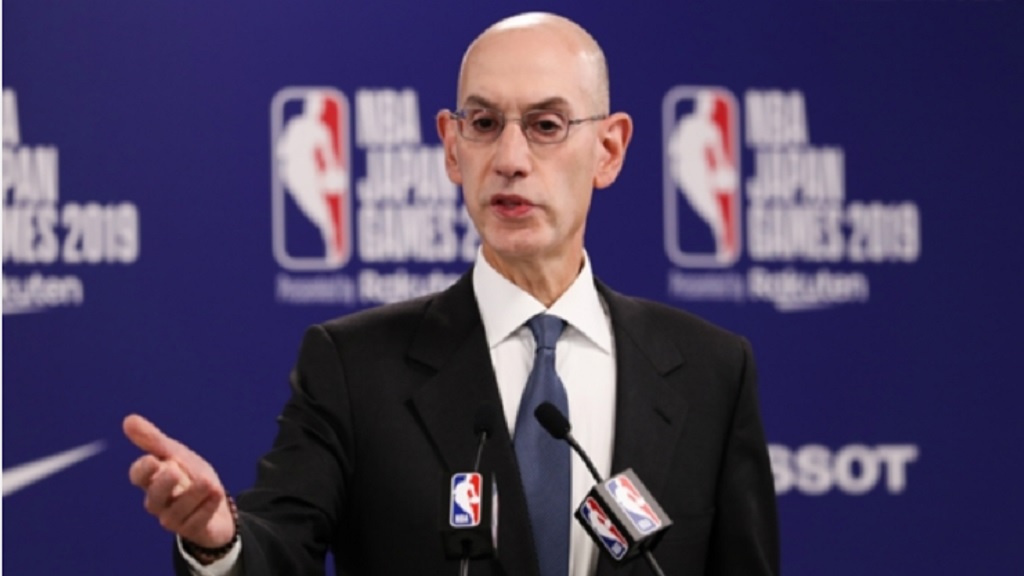 Just under a month ago, sports in the United States were shut down because of the coronavirus pandemic.

The NBA was the first American professional sports league to make the decision on March 11 after Utah Jazz center Rudy Gobert tested positive for COVID-19. The following day MLB and the NHL announced they would also be postponing games. The leagues have been in a holding pattern ever since, as the virus has claimed more than 16,000 lives in America.

The first updates given from MLB, the NBA and NHL was that their potential return dates would simply be pushed back even further. But this week, some leagues have been a bit more open about when and how games could possibly resume.

This past Saturday, United States president Donald Trump met by phone with the commissioners of America's major sports to discuss the impact on their leagues. "I want fans back in the arenas," he said later in a White House briefing. "I think it's … whenever we're ready. As soon as we can, obviously. And the fans want to be back, too. They want to see basketball and baseball and football and hockey. They want to see their sports."

While Trump is optimistic about US sports returning soon, NBA commissioner Adam Silver and NHL commissioner Gary Bettman do not share the same rosy outlook. Silver said on Monday the NBA would not be able to make any decisions about possibly completing the 2019-20 season until May.

"Essentially, what I've told my folks over the last week is that we just should just accept that, at least for the month of April, we won't be in a position to make any decisions," Silver said in a conversation on the NBA's Twitter account. "And I don't think that necessarily means on May 1 we will be."

Silver said the league is looking at several different scenarios for completing the season, determining if games would be played in NBA arenas or practice facilities, and if the regular season would be completed or if the playoffs would begin immediately. He admitted, though, that making any concrete plans right now is pointless.

"Sitting here today, I know less than I did then [when the league was postponed last month]," he said.

On Tuesday, Bettman acknowledged for the first time that completing the NHL regular season might not happen.

"We understand that that may not be possible and that's why we're considering every conceivable alternative to deal with whatever the eventuality is," he told NBC Sports.

The Stanley Cup playoffs were scheduled to begin on Wednesday, but it could be months before teams get back on the ice. Bettman also said the NHL is looking into playing games at neutral sites if teams are unable to play in their home markets due to the number of cases of the coronavirus there. Like Silver, Bettman stressed that nothing is finalised with so many unknowns with the pandemic.

While neither the NBA nor NHL have put a timeline on a potential return, a report on Monday said MLB was aiming for a possible start to the season in May. According to ESPN, MLB and the players' association proposed having all 30 teams playing games in Arizona in empty spring training stadiums at the Diamondbacks' Chase Field. The players and coaches would be isolated in hotels, only travelling to and from the ballparks. A day later, though, MLB refuted that report, insisting that no plans have been decided on how the season will begin.

"While we have discussed the idea of staging games at one location as one potential option, we have not settled on that option or developed a detailed plan," the league said in a statement on Tuesday.

The NFL regular season is still months away from kicking off, but there are still plenty of concerns about if it will start on time. Leading up to the start of the season there is training camp, offseason workout programs and the draft. The draft will go on as scheduled on April 23-25, NFL commissioner Roger Goodell announced on Monday, though in a much different format than it was originally conceptualised on a stage constructed in front of fountains at a lavish Las Vegas hotel.

Goodell sent a memo to all 32 teams saying the draft will take place in a fully virtual format, as club personnel will be sequestered in their own homes, communicating with one another by phone or internet. Also as part of the memo, Goodell said league and club facilities would remain closed. Monday was supposed to be the start of the NFL's offseason workout program, but the league and the NFL Players Association are trying to devise a new plan to when they could begin, allowing teams to conduct classroom instructions and workouts on a virtual basis.

Working remotely in isolation has been the norm throughout many cities in the United States for the past month. Professional sports, however, cannot be played in video chats and over e-mail.

Football must resume 'for sporting and economic reasons' - Rummenigge

WATCH: It would be irresponsible to resume too early – Infantino