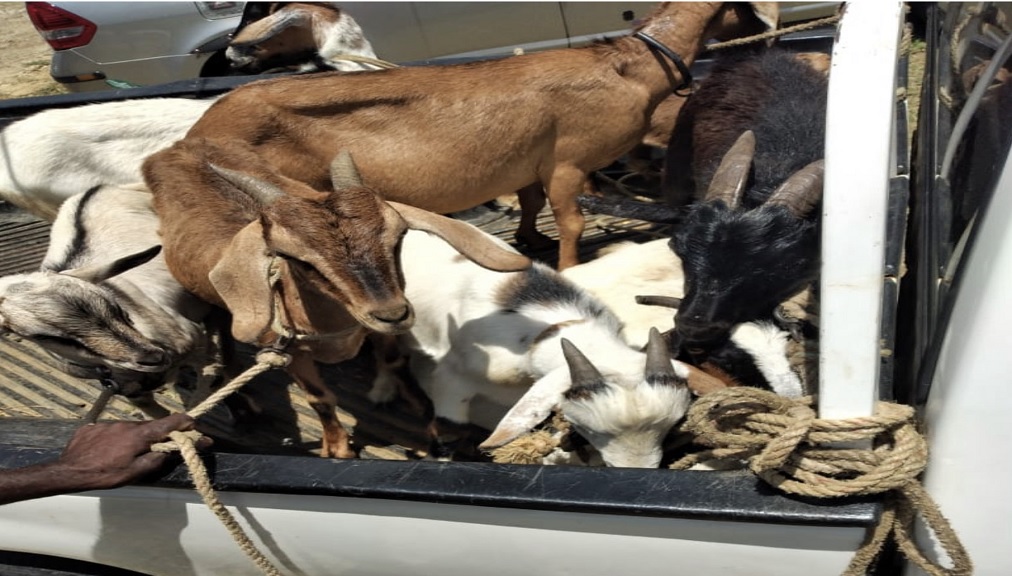 Police say they have arrested a man who they believe is a key player in an ongoing goat stealing ring involving criminals targeting farmers in a number of parishes.

Police say the suspect was held after they conducted an operation and recovered a total of 13 stolen goats being transported out of the parish of Manchester.

"The suspect was held in the parish on Friday after goat farmers, already suffering from millions of dollars in losses in business due to COVID-19 pandemic, raised an alarm that a number of goats from their farm were stolen," a source from the parish reported.

Police who confirmed the reports said an investigation was launched.

Reports are that between the hours of 9:00 am and 11:00 am, Friday, May 15, the police in Manchester conducted operations in the Comfort Hall District and surrounding areas where a total of thirteen stolen goats were recovered.

Police said one man was later arrested and placed in custody.

Three weeks ago police in St Catherine in another clampdown seized over 400 pounds of stolen pumpkin during an operation in the Bernard Lodge Estate area of the parish on Monday.

Reports are that on Monday, April 27 at about a9.45 pm, a police team was on foot patrol near a number of farms when they observed persons leaving one of the farms.

On the approach of the police, four men who were seen with bags dropped the bags and ran.

The police managed to apprehend two of the men.

The pumpkins were found packed in the bags and none of the men were able to properly account for the produce and of them being farmers.

The farmers from whose property the pumpkins were stolen were later notified of the development, and arrangements were made for the produce to be handed over to them.

RADA gets equipment to assist farmers to sell excess produce