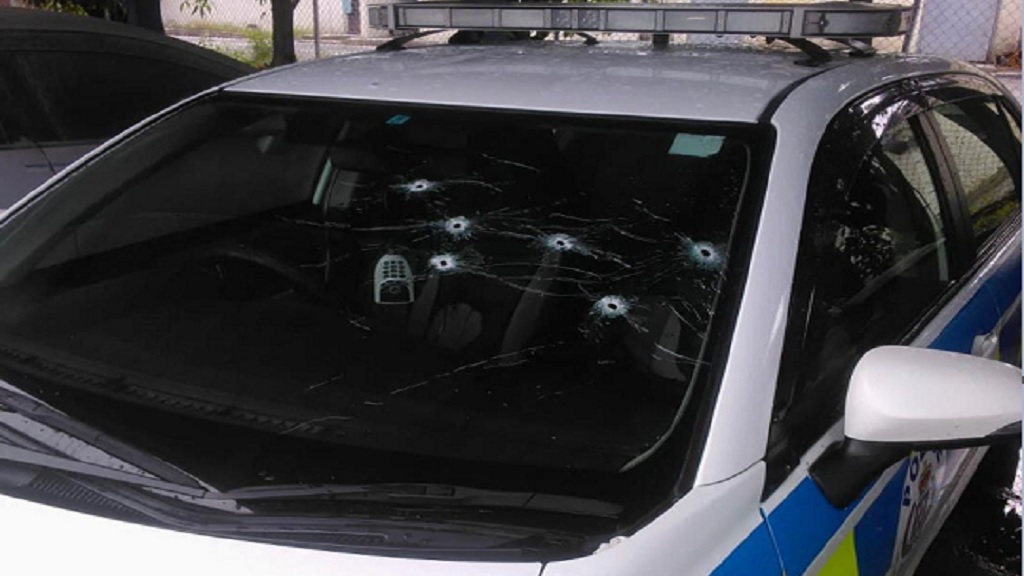 A bullet-riddled police patrol vehicle after an encounter with a gunman in Pembroke Hall, St Andrew on Monday.

The police are searching for a gunman who attacked and shot up a marked service vehicle with two officers inside on Ken Hill Drive in Pembroke Hall, St Andrew.

The cops narrowly escaped serious injury from the attack on Monday, October 21, with the bullet-riddled windshield and left front side window on the vehicle leaving a telling tale of the viciousness of the encounter.

The windshield of the vehicle was almost shattered by the impact of the bullets.

Reports are that the police were responding to an emergency call about someone being attacked with knives and gun(s) along Ken Hill Drive in St Andrew.

On arrival at the location at about 2.30 pm, a man was seen at the side of a plaza in the area, the police reported.

Further reports are that the man pointed a gun in the direction of the police and opened fire, resulting in the police taking evasive action before returning the fire.

The man escaped on foot in the area. It's not known if he was injured.

The front windshield and top section of the service vehicle had multiple bullet entry points.

Police vehicle shot up by gunmen in St Ann