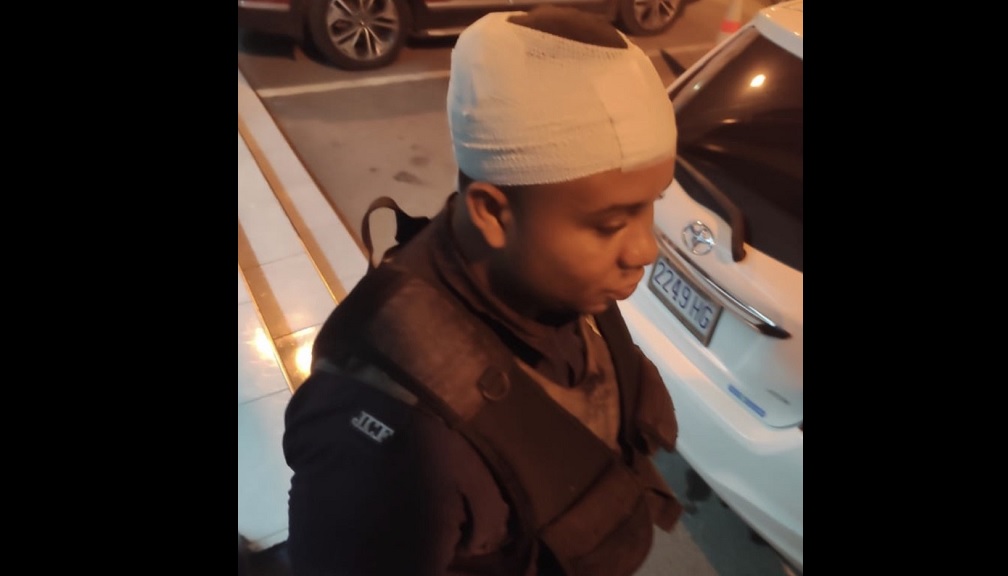 A police officer nursing a head injury after clashing with party patrons in Seaview Gardens on Wednesday.

Several persons were arrested in Seaview Gardens in St Andrew on Wednesday night after an attack on a police team which went to the community to lock down a party that was being held in contravention of both the Noise Abatement Act and the Disaster Risk Management Act.

Reports are that sometime after 11pm, the police team went to a location in the community where they saw close to 200 patrons in attendance at the event that was said to have been under way from 9pm, all during the islandwide 8pm to 5am curfew hours.

The promoter was instructed to turn off the sound and the patrons were told to disperse to their homes in accordance with the law.

But reports are that some of the patrons refused and subsequently threw stones and other missiles at the police team, injuring some members.

One member in particular suffered head injuries and received multiple stitches at hospital, where he was treated and later released.

In the same party incident, a group of women also reportedly attacked a female police officer and tore off sections of her uniform. Four of the reported female aggressors were arrested and charged for that particular offence.

3 guns, including AK-47 rifle, and ammo seized in Seaview Gardens

Kari Douglas gets off curfew charge as prosecutors drop case