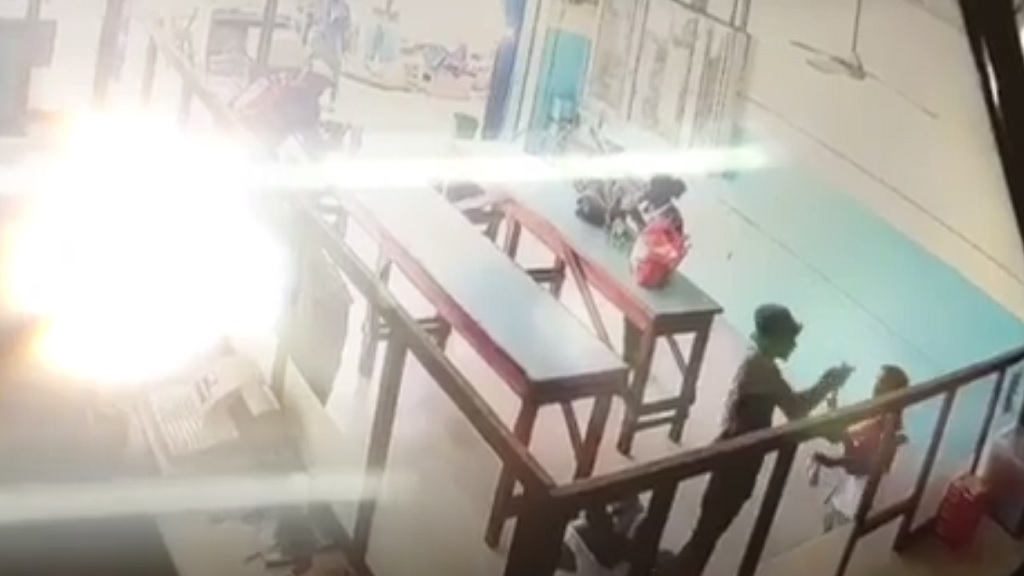 A screen grab from CCTV footage of a murder at a restaurant in downtown Kingston on Friday.

Police have held the suspected triggerman in last Friday's fatal shooting of a man inside a downtown Kingston restaurant.

The incident was captured on CCTV.

Detectives from the Kingston Central police division told Loop News on Tuesday that the suspect was held over the weekend following an operation in Kingston.

“We believe the man who was taken in custody is the same person who was seen in the video footage that was captured by CCTV camera," an officer, who asked not to be named, told Loop News.

“The suspect remains in custody where he is still been questioned,” the cop said.

Police report that about 9:55 am, 25-year-old Leslie Givans otherwise called ‘Teely’, of George’s Street in the Kingston 13 area, was in a restaurant along Princess Street when he was pounced upon by a lone gunman, who opened gunfire, hitting him several times in his upper body.

The assailant then fled the scene and the police summoned. Givans was taken to hospital, where he succumbed to his injuries later that morning.

Video footage showed the gunman, sporting a hat, walking inside the restaurant and greeting Givans in a friendly manner.

A brief conversation is seen between the two men, but then things changed quickly when the man collared Givans and engaged him in what appeared to be an argument.

The hoodlum, whose face was not masked, then reached for a gun and opened fire, hitting Givans twice, with him falling to the ground.

Persons inside the restaurant then fled the scene along with the gunman.

A view from the outside: 'Eyewitness account' highlights need for CCTV