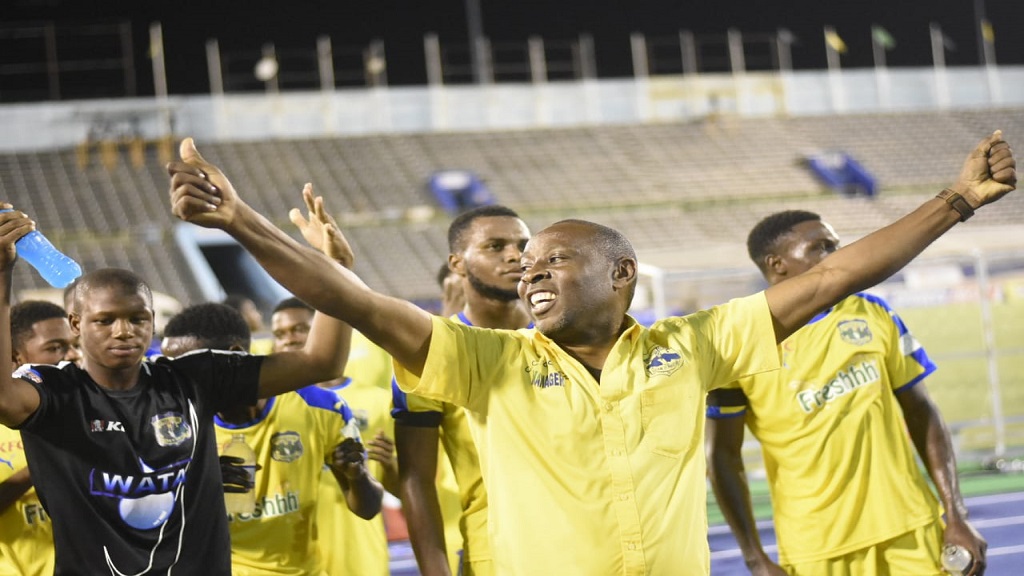 Defending champions Clarendon College, Dinthill Technical and McGrath High on Saturday made giant steps toward qualifying for the semi-finals of the 2019 ISSA/Wata daCosta Cup football competition following back-to-back victories in the quarter-finals on Saturday.

Clarendon College, courtesy of two goals each from Roderick Granville and Richard King, whipped Cedric Titus 8-0 in the second match of a doubleheader at Manchester High to move to maximum six points in Group One. The eight-time champions are leading the group by two points over Anchovy High heading into the final set of matches.

Clarendon College on Tuesday came from a goal down to defeat Manning's School 2-1 in their opening quarter-final match.

Anchovy High stayed in the hunt to challenge for a semi-final spot despite battling to a 2-2 draw against Manning’s School at Rusea’s High School. Anchovy had scored a 1-0 victory over Cedric Titus on Tuesday and were on course for another victory on Saturday after Renaldo Grant and Sansay Hutchinson handed the team a 2-0 lead. However, second-half substitute Abijah Wallace scored twice as Manning's School pulled off an exciting draw.

Dinthill Technical followed up their 1-0 victory over Port Antonio on Tuesday with a 2-0 triumph over Petersfield High at St Elizabeth Technical High School (STETHS).  The St Catherine-based school, which got both goals from Karim Bryan (62nd and 70th minutes), now moved to maximum six points, a two-point lead ahead of second-place Frome Technical in Group Three.

Frome Technical were held to a 0-0 draw by Port Antonio High at Drax Hall, four days after they whipped Petersfield High 5-0.

McGrath High, playing in the quarter-finals for the first time, secured their second straight victory by scoring a 1-0 victory over B B Coke at the Juici Field in Clarendon. And with second-place Happy Grove High on three points from two games, McGrath High only need a draw to secure the semi-final spot from Group Four.

Happy Grove High, which on Tuesday lost 1-0 against McGrath High, bounced by with an upset 3-1 victory over STETHS at Drax Hall, a result that eliminated the five-time champions.

STETHS had battled to a 0-0 draw with B B Coke on Tuesday.

Manchester High, which have been taking orders from Vassell Reynolds since the start of the season, were beating Cornwall College for the first time in four meetings.

The victory pushed Manchester High atop the group with four points, one ahead of second-place Garvey Maceo and third-place Cornwall College, which are both on three points.

The 16 winners from the second round that ended two Saturdays ago are contesting the quarter-final round. The teams are placed in four groups of four and each group winner will contest the semi-finals scheduled for Wednesday, November 13.

In addition to the daCosta Cup semi-finals, spots in the Ben Francis Cup competition and Champions Cup will also be decided.

Long season catching up with Wolves as Liverpool, City win