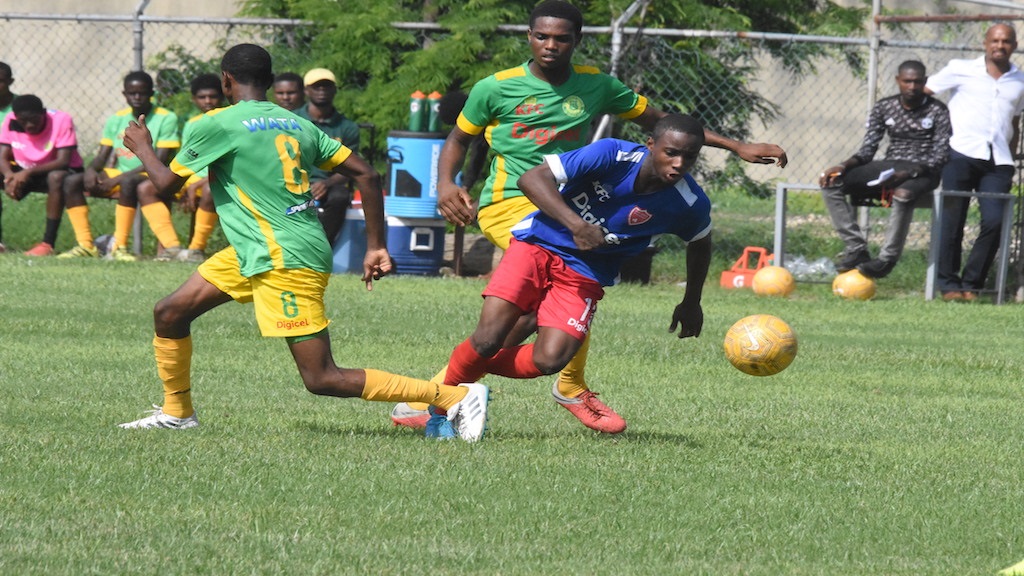 Defending champions Clarendon College and the school they beat in last season’s final, Cornwall College, are safely through to the quarter-finals of the ISSA/Wata daCosta Cup football competition following the return legs of second-round games on Saturday.

Also among the 16 qualifiers are B B Coke High and Manning's School, which both had to bounce back from first-round defeats, while Annotto Bay High, the only school to finish the preliminary round with a perfect record, and Rusea’s High, the 2017 champions, were eliminated.

Clarendon College scored a big 5-0 victory over Green Pond High at the Juici Field to advance 8-1 on aggregate. The nine-time champions had won the first leg 3-1 away in Montego Bay on Thursday.

Eleven-time winners of the competition Cornwall College rebounded from their 1-1 draw against Munro College at St Elizabeth Technical High School (STETHS) on Thursday to win 3-0 at home on Saturday for a comfortable 4-1 aggregate victory.

STETHS are also through following easy victories over the two legs.

STETHS cruised into the quarter-finals with another big victory. The five-champions hammered Brimmer Vale High 7-0 to advance 12-1 on aggregate. They had won 5-1 away in the first leg on Thursday.

B B Coke defeated Lennon High 1-0 at STETHS as the tie ended 2-2 on aggregate. However, B B Coke advanced courtesy of the away goal rule. B B Coke had lost the first leg away at the Juici Field in Clarendon 2-1 on Wednesday.

Manning's School bounced back from Wednesday's 1-0 defeat against Ocho Rios High at Drax Hall to win 2-0 on Saturday at Frome for an aggregate 2-1 victory.

And Annotto Bay High, which advanced out of the preliminary round on a high following a perfect record of eight straight victories, did not progress after losing both second-round matches.

On Saturday, Annotto Bay High lost their home match 2-1 against Happy Grove School at the Westmoreland Oval to bow out. Happy Grove advanced 4-2 on aggregate after winning the first leg, also 2-1 at Carder Park.

Meanwhile, after winning the title in 2017, Rusea's High were eliminated at the second round stage for the second straight year. McGrath High got the better of the 11-time champions 2-1 on aggregate following a 1-1 draw in Saturday's second leg at Dinthill Technical. McGrath had won the first leg 1-0 away at the Collin Miller Sports Complex.

The 16 quarter-finalists will be divided into four groups and the four group winners will contest the semi-finals.