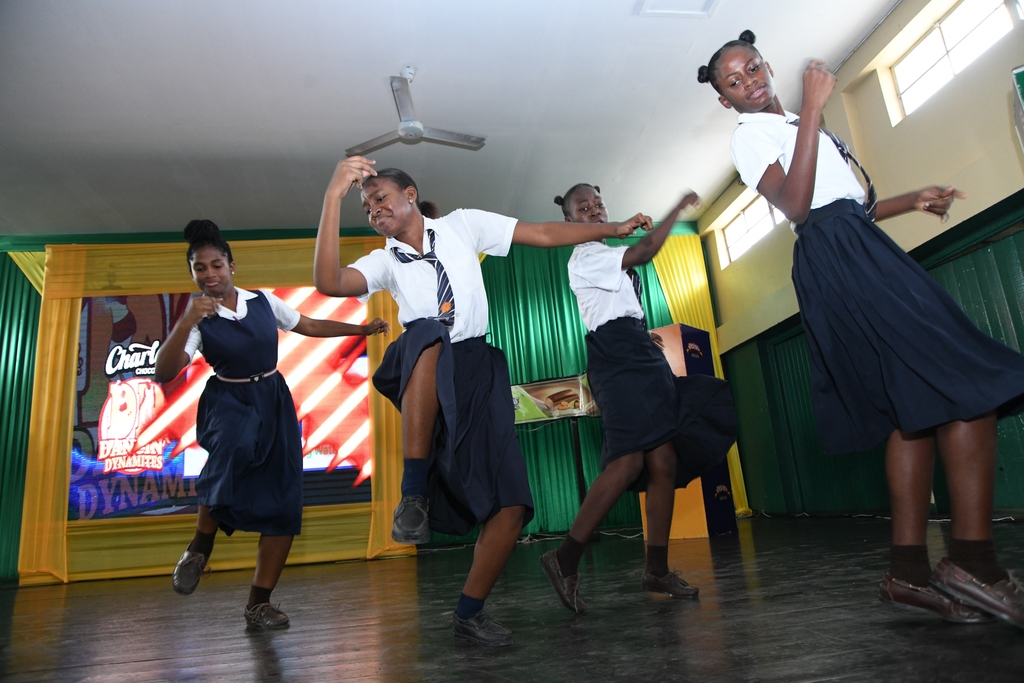 Boasting 14 years of thrilling and exciting television audiences under its belt, the Charles Chocolates Dancin’ Dynamites Competition will this year set the stage for even more Jamaican youth to showcase their impressive dance moves in the spotlight.

As part of its new ‘Teens and Teams’ theme, dancers across the island at the high-school level will now be included in the running to have the opportunity to represent their dance crew and school body as all-new cash prizes and other rewards will be up for grabs during the competition’s three-month run.

At the show’s official launch on Wednesday, held at Excelsior High School, Competition Conceptualiser and Executive Producer Jennifer ‘Jenny Jenny’ Small emphasised the importance of focusing on the Jamaican youth, identifying them as promising facilitators for further economic growth in the country.

She highlighted the Competition’s numerous years of contribution towards developing talent.

“There are so many youngsters who are employed now and have also gained education [through the scholarships offered as part of the competition]. For me, as a teacher, that’s number one,” said Small. 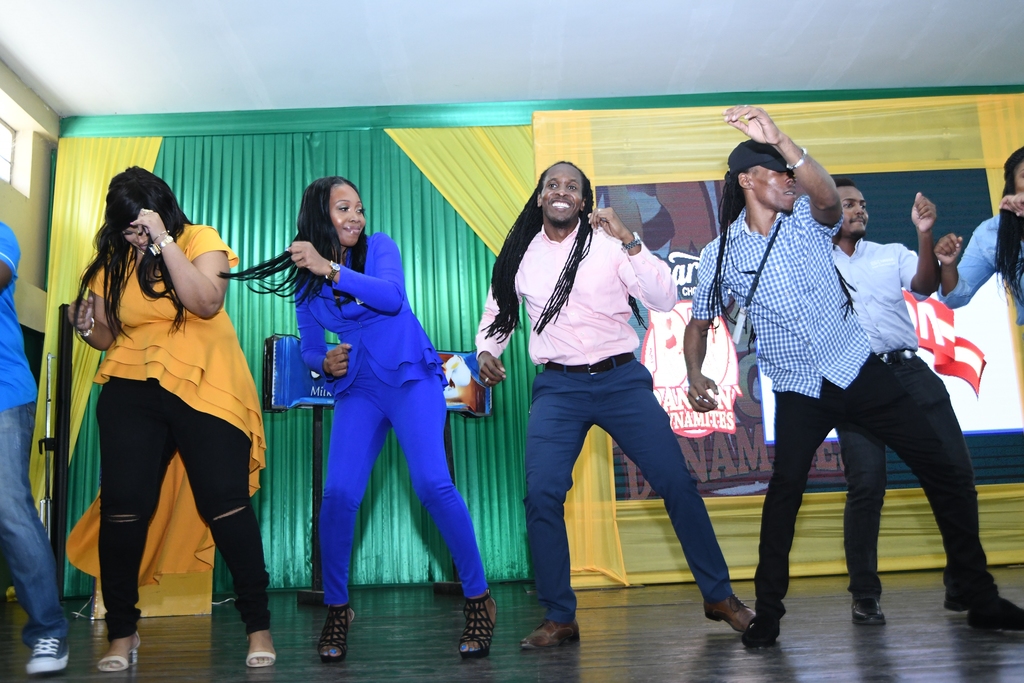 State Minister in the Ministry of Education, Youth and Information, Alando Terrelonge, (second right) got in on the dancing action at the Charles Chocolates Dancin’ Dynamites launch. Also ‘logging on’ (from left to right) were Crystal Carby, Devon Biscuits Representative; Roxanne Brown, Brand Manager of title sponsor Charles Chocolates; and local dancer Fire.

The number-one televised dance competition in Jamaica, now in its fifteenth season, will kick off with its series of auditions on January 11 at various schools islandwide in addition to other venues.

Set for its television premiere on February 16, the teams selected for the show will receive coaching from famed choreographers, including show judges and popular dancers Orville and Kerry. The competition will also feature performances from international dancers each week along with six road shows leading up to the finals airing on May 17.

Roxanne Brown, Brand Manager of title sponsor Charles Chocolates, said, “The show is going to be mind-blowing this year. What I’m most proud of is that we continue to foster an avenue for people with talent to showcase that on the world stage. Not everyone can be lawyers and doctors, and what we realise is that dance, creativity and anything to do with the arts can also take them a far way.”

The opportunities for winning cash prizes have also increased this year as the top-four teams will automatically secure $500,000 as they each vie for the public’s top vote. The teen teams’ respective schools, should they place first in the competition, will win an additional $1 million along with other educational and tech prizes. Viewers can also get in on the action as special prizes will be awarded to in-studio audience members as well as broadcast viewers. 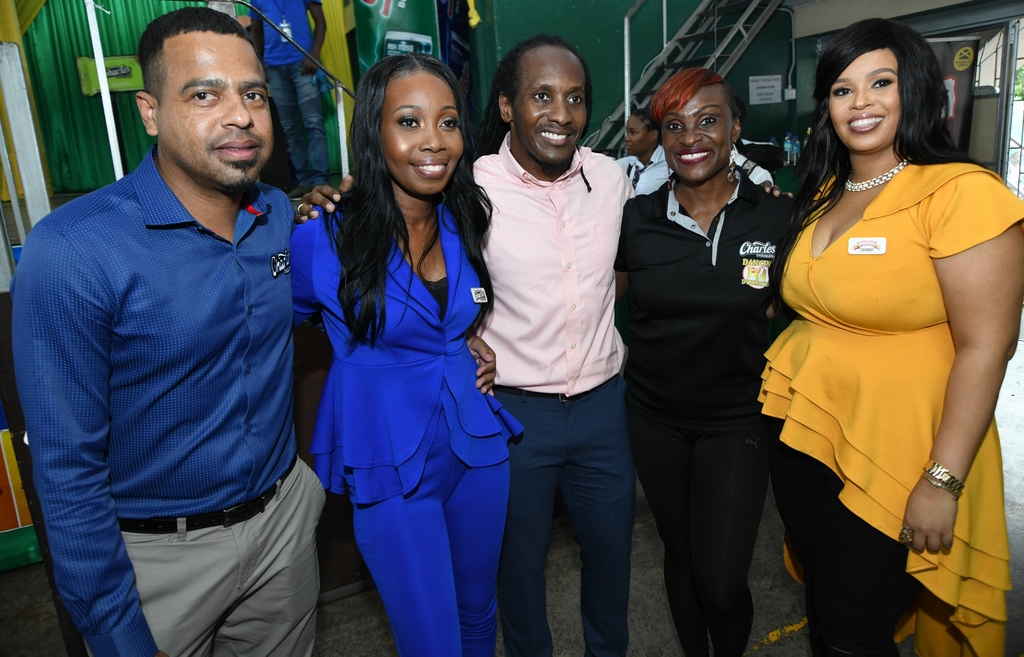 Speaking in particular to the success of the long-running show, Small said, “What we’re very happy about is that past Dynamites are [doing well]. One is part of [the new Broadway production for] ‘Lion King’ and he’s one of the lead dancers too. And then another who got a scholarship is now a top dancer in Canada with his own production. My heart jumps for joy every time I think about all the potential and how we’ve been shaping lives, so we’re very happy.”

Last year’s winners Too Kool have also been brought to the international stage as they took part in Jamaica’s Independence Day celebrations in New York last year in addition to being employed by local hotel resorts to entertain guests and share the Jamaican culture through dance.

The launch event was also graced with the presence of State Minister in the Ministry of Education, Youth and Information Alando Terrelonge, who spoke words of encouragement to the student audience.

Hosted by Weezy and Badda Bling, the afternoon also featured a performance from City Dancers, winners of the 2017 staging of the competition, and dance-offs between neighbouring high schools including Pembroke Hall High, Dunoon Technical High, St George’s College and Donald Quarrie High.