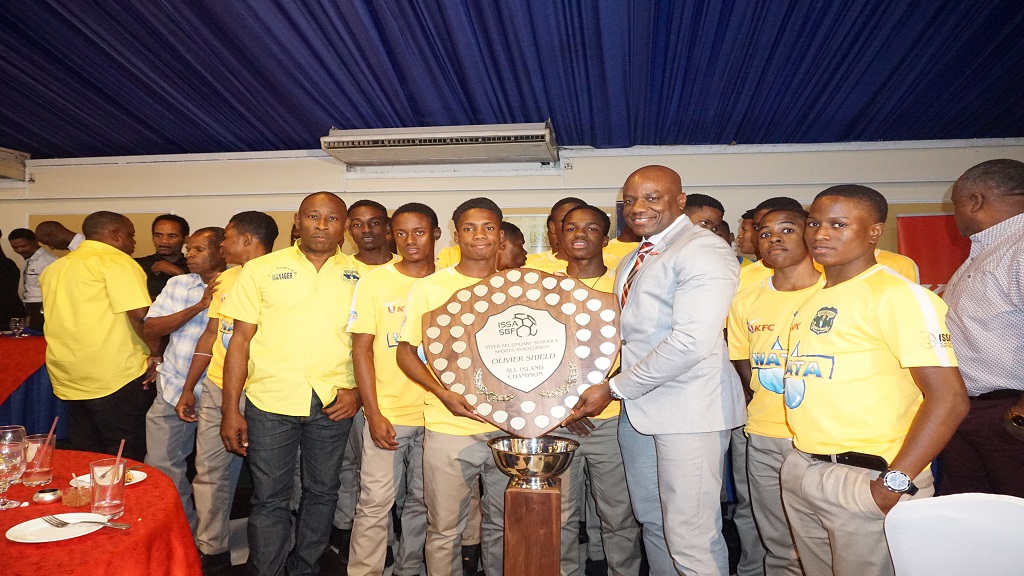 The players received their awards at the schoolboy football presentation ceremony on Wednesday at the Terra Nova Hotel.

Priestly was voted the Manning Cup’s MVP and Walker the daCosta Cup’s MVP.

Both players played major roles in leading their schools to championship honours. 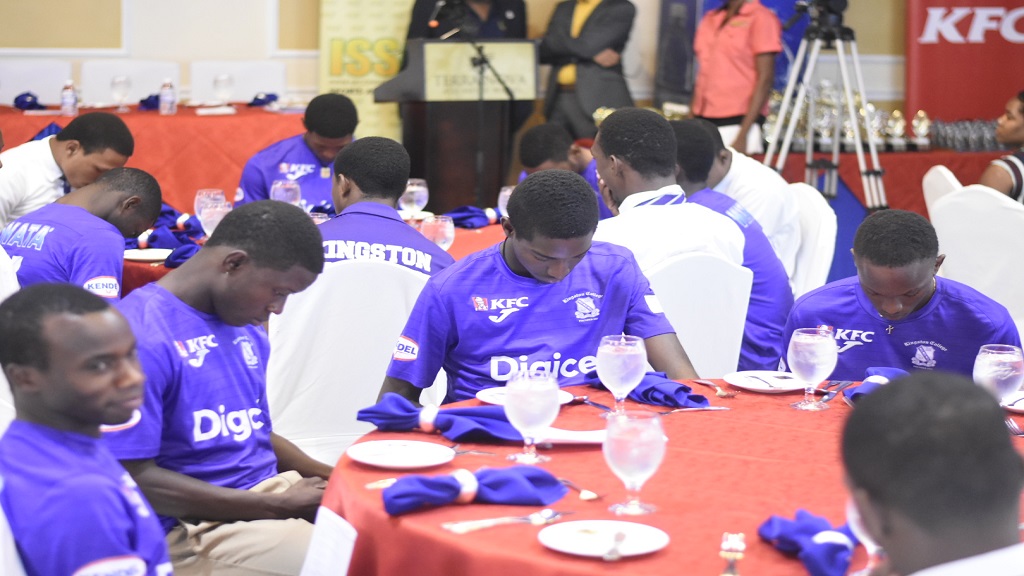 The Ludlow Bernard-team had to come from behind twice with the winning goal coming at the death.

Clarendon College turned in a big performance to beat Cornwall College 2-1 in the final of the Wata daCosta Cup competition at the Montego Bay Sports Complex on December 1.

The Lenworth Hyde-coached team prevailed despite playing with 10 men for most of the match following the ejection of goalkeeper Tafari Chambers in the 14th minute.

Clarendon College secured a second title in 2018, beating KC 1-0 on December 8 at the National Stadium to secure their first Olivier Shield title since 1998.

Substitute Andre Nicholson scored the all-important goal for Clarendon College in the 87th minute on a night which brought the curtain down on the 2018 schoolboy football season.

KC and Clarendon College received two other major awards in addition to the Manning Cup and daCosta Cup.

KC walked away with the Manning Cup’s Most Attacking Team award for scoring 69 goals and the Most Defensive Team award for conceding only eight goals for the season.

St George’s College’s Damani Harris and Clarendon College’s Nique Daley won the Golden Boot awards for most goals scored from the second round of the Manning Cup and daCosta Cup. 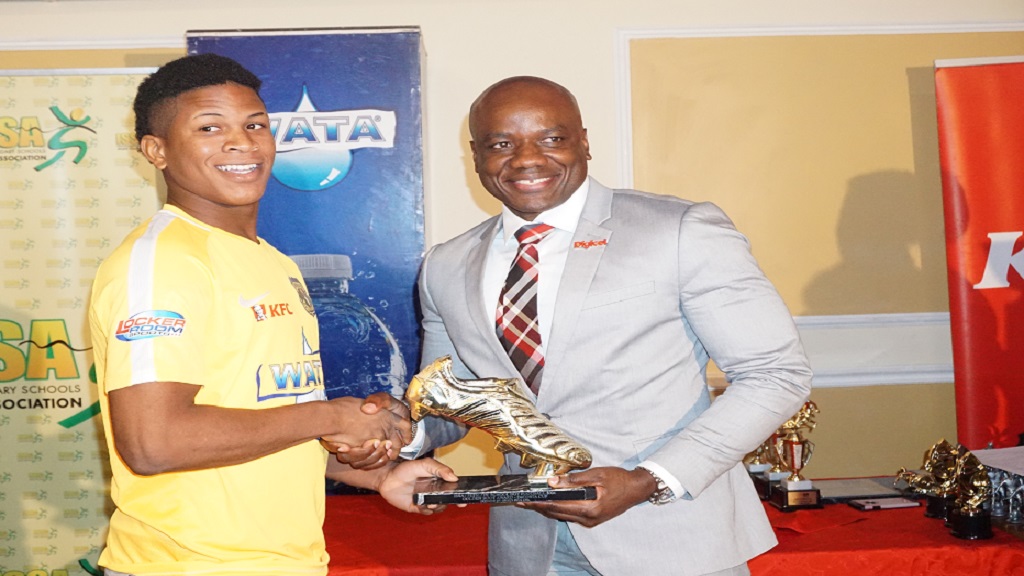 Harris found the back of the net five times during that period to guide St George’s into the final of the Manning Cup, while Daley, a national Under-20 player, was more awesome, ramming in a dozen goals to help Clarendon College to the daCosta Cup title. Daley also scored in the daCosta Cup final.

Daley also won another individual award as he shared the most goals scored throughout the daCosta Cup with Ronaldo Webster of St Elizabeth Technical High School (STETHS). Both players scored 21 goals apiece.

St Catherine High’s Marcovich Brown scored the most goals in the Manning Cup with 18.