Call for G20 nations to donate billions for COVID-19 support 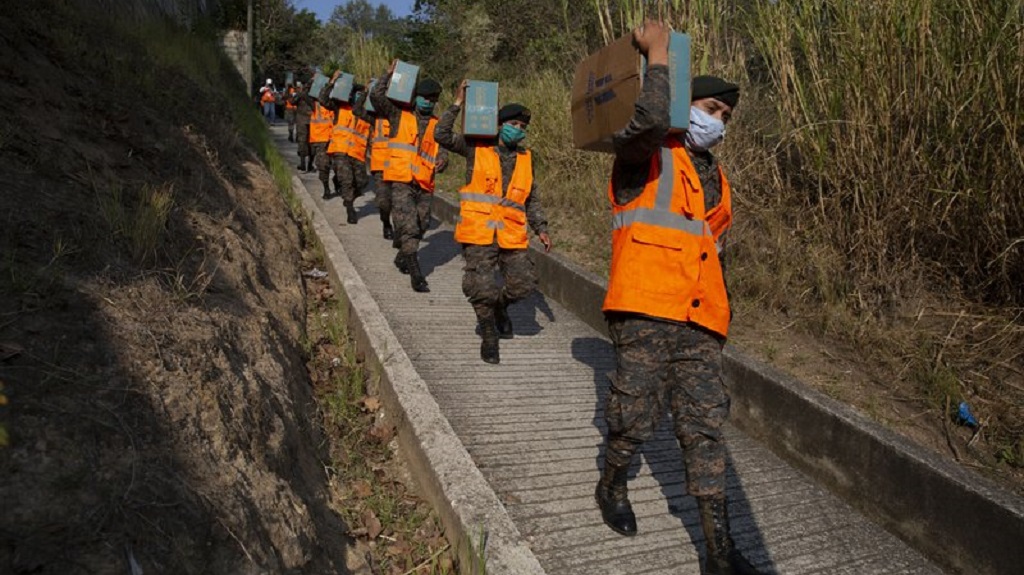 Soldiers carry boxes with food to deliver to the poor at the Santa Rosita neighborhood on the outskirts of Guatemala City, Monday, April 6, 2020, during a stay-at-home curfew designed to slow the spread of the new coronavirus. (AP Photo/Moises Castillo)

Many former global leaders and other VIPs urged the world's 20 major industrialized nations to approve $8 billion in emergency funding to speed the search for a vaccine, cure and treatment for COVID-19 and prevent a second wave of the coronavirus pandemic.

In an open letter to governments of the Group of 20 nations, the leaders, ministers, top executives and scientists also called for $35 billion to support countries with weaker health systems and especially vulnerable populations, and at least $150 billion for developing countries to fight the medical and economic crisis.

And they urged the international community to waive this year's debt repayments from poorer countries, including $44 billion due from Africa.

The letter released Monday night urged coordinated action — "within the next few days — to address our deepening global health and economic crises from COVID-19."

The communique from the G20 leaders' summit on March 26 recognized the gravity and urgency of the crisis, the signatories said, but "we now require urgent specific measures that can be agreed on with speed and at scale."

The letter noted the problems were inter-connected:

The group called for a global pledging conference, coordinated by a G20 task force, to commit resources to meet emergency needs.

"All health systems — even the most sophisticated and best funded — are buckling under the pressures of the virus," it said.

"Yet if we do nothing as the disease spreads in poorer African, Asian, and Latin American cities and in fragile communities which have little testing equipment, ventilators, and medical supplies; and where social distancing and even washing hands are difficult to achieve," the group warned.

"COVID-19 will persist there and re-emerge to hit the rest of the world with further rounds that will prolong the crisis."

Instead of countries and localities competing for a share of the existing capacity, with the risk of spiking prices, the world should be vastly increasing capacity by supporting the World Health Organization in coordinating the production and procurement of medical supplies and technology to meet fully the worldwide demand, it said.

As for the economy, the group said, "our aim should be to prevent a liquidity crisis turning into a solvency crisis, and a global recession becoming a global depression."