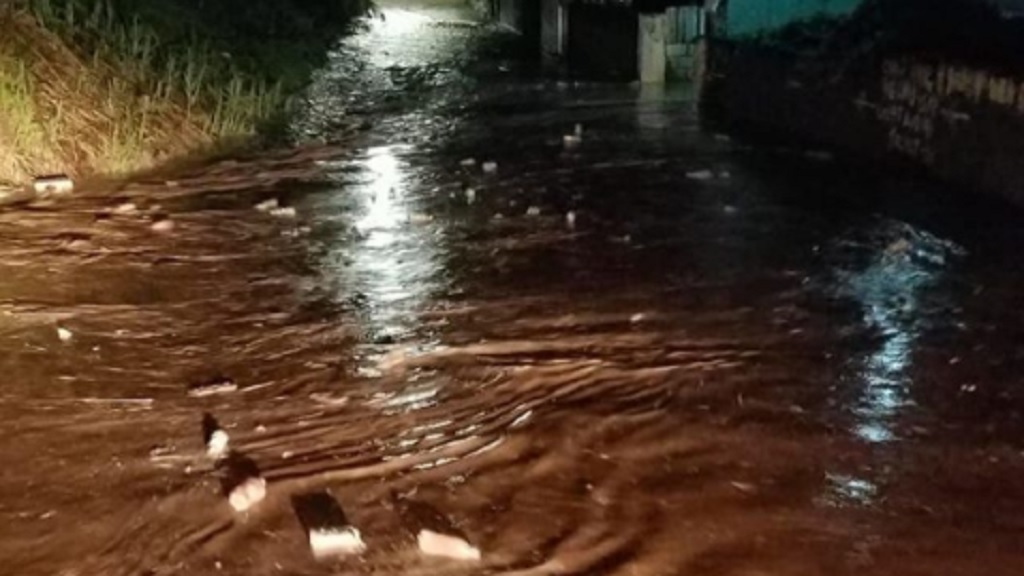 A photo of the overflowing Chalkie River.

Mayor of Kingston, Delroy Williams, late Sunday evening, urged residents of Bull Bay in St Andrew and adjoining communities along the Chalkie River to evacuate as the river has overflowed its bank and poses a great risk of flooding.

According to Williams, floodwaters were entering homes Sunday evening and the Kingston and St Andrew Municipal Corporation (KSAMC) was collaborating with the island’s disaster agencies, including the Office of Disaster Preparedness and Emergency Management (ODPEM), and the police to offer relief for the affected residents.

The island has been affected by persistent rainfall for almost one week as various weather systems have dumped water on the island, resulting in landslides, flooded roadways and overflowing rivers. The latest system is Tropical Storm Zeta.

"The river has broken its banks at 9 Miles. I urge persons to evacuate and make their way to St Benedicts Primary School, located in 7 Miles IMMEDIATELY. If persons need urgent assistance please call the police emergency numbers listed as the 119 number is currently out of service," she wrote on social media.

The East Rural St Andrew constituency, which includes Bull Bay, has been severely affected by the inclement weather. There was a landslide in Shooters Hill on Friday that killed a man, Romeo Leechman, and his 15-year-old daughter Saneeka.

Romeo’s body was dug out from the rubble hours after the landslide while Saneeka’s remains were recovered a day later.

VIDEO: Tragic end to search for girl swept away in St Andrew landslide

Days of rainfall cause misery, frustration, grief for many Jamaicans