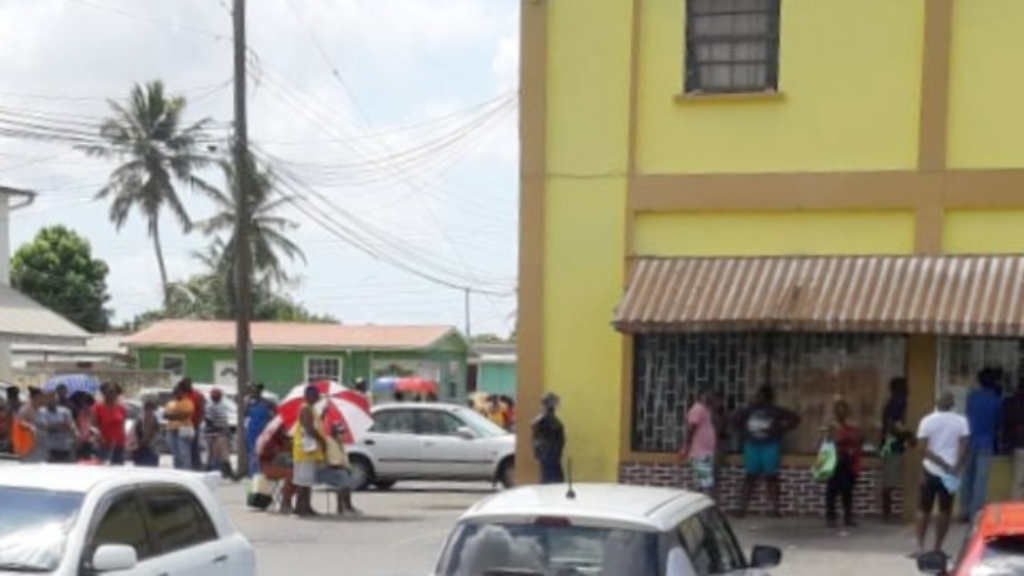 Long lines outside a St Michael supermarket on Friday April, 3.

Acting Prime Minister, Santia Bradshaw has revealed the number of confirmed cases of COVID-19 in Barbados has increased to 51.

This new figure, released on Friday April 3, 2020, is an increase of five, up from 46 cases announced on the previous day.

In addition, Bradshaw stated the 24-hour curfew set to start at 5 pm today will be extended by three hours.

Speaking on Down to Brass Tacks radio show on Voice of Barbados 92.9 this afternoon, Minister Bradshaw said after consultation with the Attorney General, a decision was made for the curfew to start at 8 pm as opposed to 5 pm.

During a national address on Thursday, Bradshaw said stricter curfew measures would be implemented due to the fact that people were “congregating across the island even in spite of the persistent warnings of the dangers of doing so”.

The curfew extension was granted so as to allow staff and customers time to return home before the curfew came into effect. The closing time for supermarkets will remain at 5 pm.

Videos of chaotic scenes have been circulated on social media showing Barbadians in a last-minute scramble to secure supplies ahead of the 24-hour curfew.