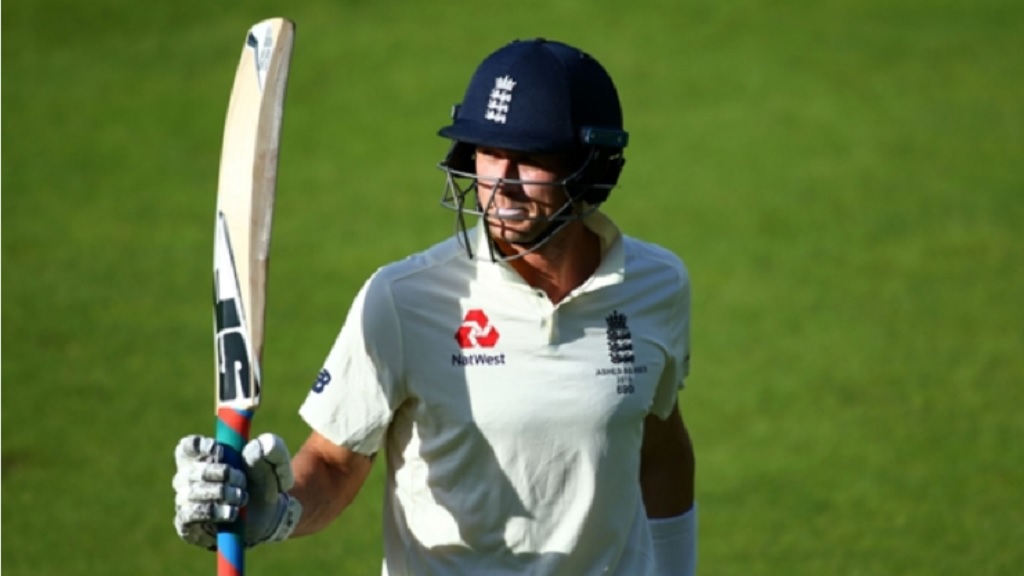 Joe Denly narrowly missed out on a first Test century but England punished the Australia attack to close day three of the fifth and final Ashes Test with a 382-run lead.

Needing a win to draw the series having already missed out on regaining the urn, England began day three with an advantage of 78 at The Oval.

Denly, whose wife gave birth to their second child on Friday, was the talisman for the hosts as they pressed home that advantage, the right-hander confident and fluent in compiling the highest score of his brief Test career.

The opener struck 14 fours and a six and combined with Ben Stokes (67) for a crucial third-wicket partnership of 127 to take away any realistic chance the tourists had of winning the match.

Australia face the prospect of having to bat out the majority of the final two days to claim a first series win in England since 2001.

They did, however, deny Denly as the Kent batsman fell six runs shy of his maiden three-figure score in the longest format, though that will come as little solace following a chastening day in the field that ended with England 313-8 and 382 runs ahead.

Denly and opening partner Rory Burns provided an early indication of what was to follow by adding 45 to their overnight total before the latter bottom-edged Nathan Lyon (3-65) behind.

Their entertaining 221-ball stand saw the duo build an advantage that should prove a match-winning one, though they were each the subject of fortunate reprieves.

Stokes was dropped by Steve Smith and he and Denly, who reached his fourth Test half-century by striking Josh Hazlewood for four, made Australia count the cost of that missed opportunity.

In a theme that developed throughout the day, they consistently dispatched anything pitched wide, while Stokes showed relish in attacking the spin, sweeping Lyon for a four and six in successive deliveries.

He brought up his fifty by smacking a Marnus Labuschagne full toss for six, compounding Australia's frustration after Denly survived an lbw appeal off Mitchell Marsh they elected not to review, Hawkeye showing the ball would have hit the stumps.

Stokes, playing as a specialist batsman due to a shoulder injury, went to a stunning delivery from Lyon that should provide encouragement for England spinner Jack Leach in the final innings.

Denly came up short three overs later when he edged Peter Siddle (2-52) to slip, though his departure did not halt England's momentum.

Jos Buttler ​– who also escaped what should have been a successful claim for lbw – unfurled a series of wondrous cover drives en route to an eye-catching 47. He and Chris Woakes (6) were each dismissed by stunning catches as Australia made late inroads on a difficult day for the tourists.

A GAME TOO FAR FOR AUSSIES

The Australia attack, led by Pat Cummins, has had the edge for the majority of the series, but they looked tired, frustrated and out of ideas as England piled on the runs. Perhaps this was a game too far for Cummins and company.

From his World-Cup winning display in arguably the greatest game ever at Lord's to his heroics in the third Test in Leeds, this truly has been the summer of Stokes for England. Though unable to contribute with the ball in this match, the all-rounder was again imperious with the bat in the second innings, and his stand with Denly looks like being one that ensures a drawn series.

MOMENT OF THE DAY

Denly will have been bitterly disappointed not to get to his century, with Siddle earning his reward for applying consistent pressure after he reached the nineties. However, the ovation he received as he left the field was richly deserved following a performance that should do his hopes of retaining a place in the line-up the power of good.

- Only the wicketkeepers have claimed more catches than Steve Smith (12) in the series.

- Only Alastair Cook and Keaton Jennings have scored more Test runs as an opener for England since Andrew Strauss' retirement than Rory Burns.

Ashes 2019: Buttler holds up Australia after Marsh makes his mark

Up to five flights per day for returning Jamaicans