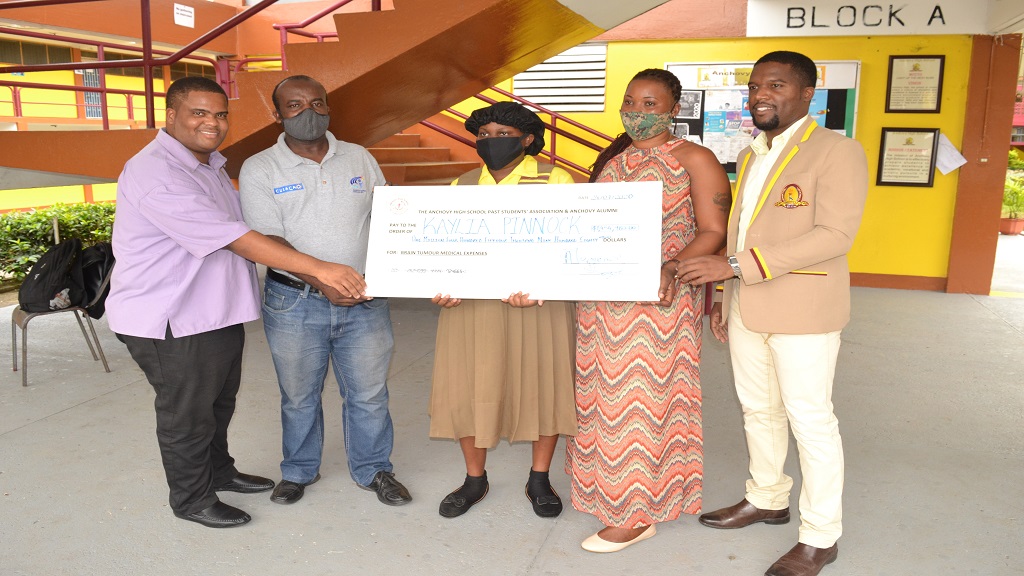 Fifteen-year-old Anchovy High School student Kaylia Pinnock, who is ailing from a brain tumour, recently received $1.4 million to assist with her medical expenses.

The money was donated by the Anchovy High Past Students' Association (AHSPA), which predominantly raised the cash via crowdfunding platform, GoFundMe.

The student has been diagnosed with a grade-two brain tumour by medical doctors at the Cornwall Regional Hospital, but while she remains an outpatient at the hospital, her family found it difficult to meet the monthly expense of the roughly $242,000 for prescribed  medications.

She has been absent from school since January this year, largely because of her medical condition.

Kaylia’s mother, Velma Latchman, in expressing how difficult it has been for her to cover her daughter's medical expenses, voiced her gratitude for the level of compassion demonstrated by Anchovy High past students in Jamaica and abroad.

"I am happy for the way they are involved in our life because of Kaylia’s sickness and for raising this money to cover her medication. I want to say a big thank you to everyone who has contributed,” Latchman said.

For president of the Anchovy High School Past Students’ Association, Albert Ferguson the association which he heads is very happy to have been able to assist with the needs of the 15-year-old who has been absent from school since January because of her medical condition.

Ferguson explained that the major portion of the money was raised through a GoFundMe campaign, organised by members of the Anchovy High School Past Students' Association and its international chapter, based in the US, the Anchovy Alumni Association; which saw past students, friends and several other persons from around the world donating towards the initiative. 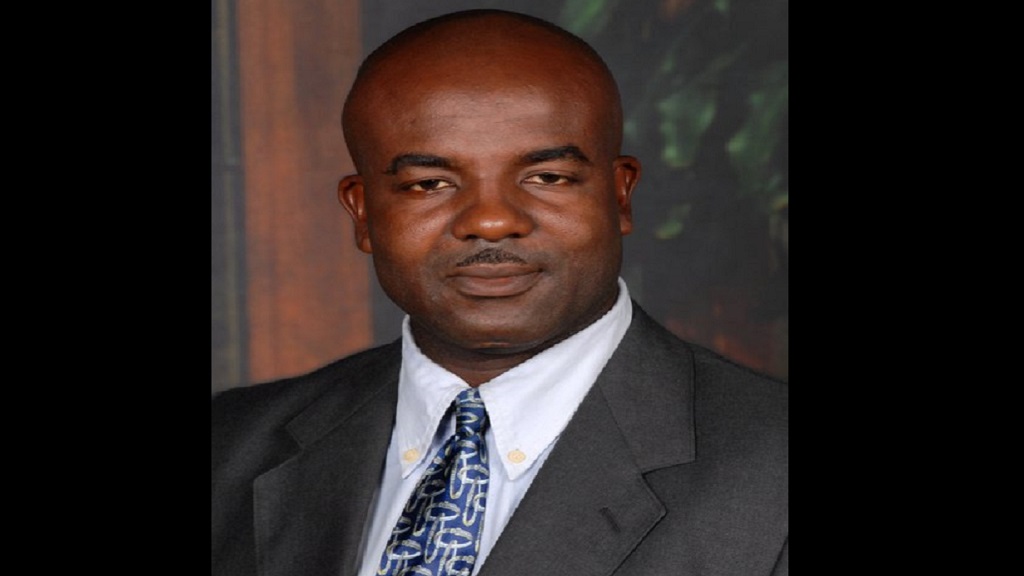 "We are extremely pleased to know that in two short months since becoming aware of Kayla's medical condition through Ishba Higgins, the dean of discipline at the Dr Fidel Castro campus of the Anchovy High School that we are now able to present a cheque for $1,454, 980.00 towards helping to restore her health," Ferguson said.

He added that the GoFundMe campaign, which came to an end on July 23, was officially launched on May 29, to raise US$15,000. It generated US$9, 957 from several donors despite the global crisis associated with the coronavirus pandemic.

"The association will be managing this fund on Kaylia's behalf by covering the cost of her prescribed medications on a monthly basis, in consultation with her mother, Velma Latchman," Ferguson explained.

Renardo Douglas, a director of the Anchovy High School Past Students' Association disclosed that the type of medication that Kaylia is being treated with requires a special diet, which will need funding to meet those expenses.

"Therefore, along with covering her medical expenses, the association will be allocating $120,000 over the next six months towards groceries. That process will see a monthly allowance of $20,000 by way of a voucher tenable at any Progressive Supermarket,” Douglas said.

He added that every two weeks the association will make available a voucher of $10,000 through the bursar’s office at school to cover Kaylia's groceries.

Kaylia is slated to move to grade nine when she hopefully returns to school in September for the 2020-2021 academic school year. 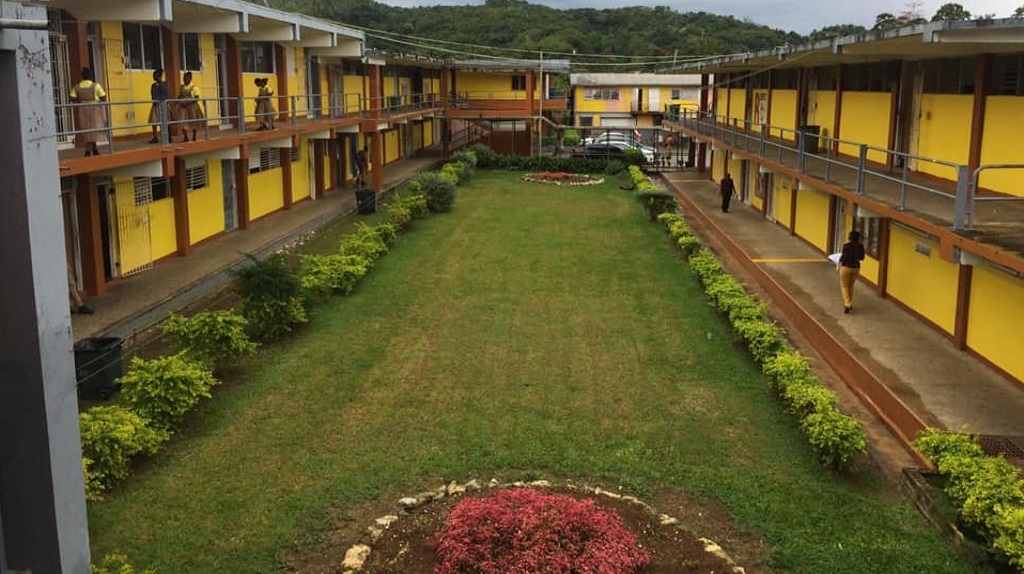 Principal of the Anchovy High School, Lavern Stewart lauded the past students for assisting with the Kaylia’s medical expenses.

“I must commend the past students, they have been working assiduously, not just in this area, but in all areas of school life in ensuring that Anchovy becomes the school of choice here in western Jamaica,” she said.

“This is just one part of their involvement because they try as much as possible to reach all the tenets of our operations,” the principal added.

Stewart also heaped praises on Ishba Higgins, a dean of discipline at the school who was instrumental in identifying Kaylia’s medical condition while the administration was trying to connect with students during the period of distance learning imposed by the Ministry of Education as a result of the COVID19 pandemic.

“I want to thank Mr Higgins, who is the dean of discipline at the Dr Fidel Castro campus of the Anchovy High School for his level of enthusiasm and his level of alertness,” she said.