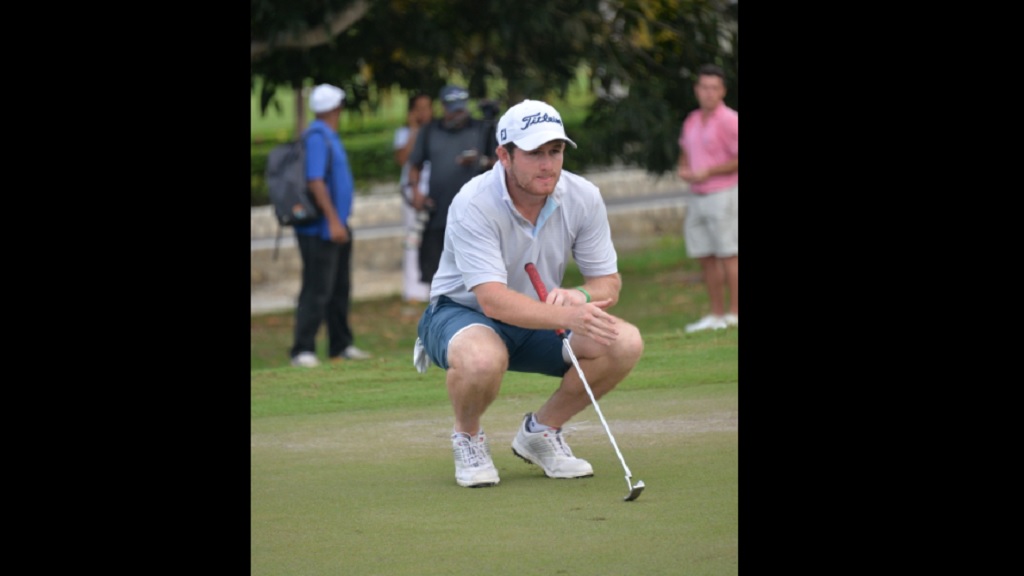 Jamaica's Wesley Brown is well back at six shots off the lead as American Patrick Cover shot an impressive four-under-par round of 68 to take sole leadership going into Saturday's third and final day of the 52nd Alacran Jamaica Open, at the Tryall Golf Course, in Hanover.

The day one co-leader Cover now has a two-day total of 137 for seven-under-par following his opening round of 69 on Thursday's first day.

The American day two score card on Friday showed seven birdies and one eagle but he was pegged back by two bogeys and a double bogey on the 18th hole.  For the final day Cover hopes for "low score and a lot of made putts."

Cover will enter the final day tracked closely by day one joint leader, his compatriot David Morland who shot three-under-par 69 for a two-day total of 138 to be just one stroke behind.

The other day one joint leader Canadian Thomas DeMarco has stumbled to third. He shot one-underpar 71 to close on 140 for the two days.

Michael McGuire, another American, posted the best score of the day after shooting 67 or five-under- par.  He is currently in fourth position with a combined score of 141. His team won the pro am tournament on Wednesday.

In the meantime, Brown - the top Jamaican in the professional field -  is tied for eighth place with three other golfers.  He has a total score of 143 after posting par 72 and one-under-par 71 on day one and two respectively.  Brown said "I was very pleased to birdie number 18 to finish one-under-par.  I am in a good position for tomorrow (Saturday) so hopefully I will go very deep tomorrow."

The next best Jamaican is Ewan Peebles who is tied for 28th place with three other golfers. Pebbles has a two-day total of 153.

In the amateur section, Jamaica's Justin Burrowes, the defending amateur champion, has taken the overall lead following the disqualification of American Robert Owen, who had an issue with his scorecard that was supplied at the end of the round.

Burrowes scored 76 and 75 to end on 151.  Burrowes' teammate William Knibbs was in second after two rounds of 75 and 77 to be just one stroke behind on 152.  Wilston Charles of Antigua and Barbuda occupied third place.  He shot 77 on each day for a total of 154.