Adams sends Leipzig into CL semis with winner vs Atletico 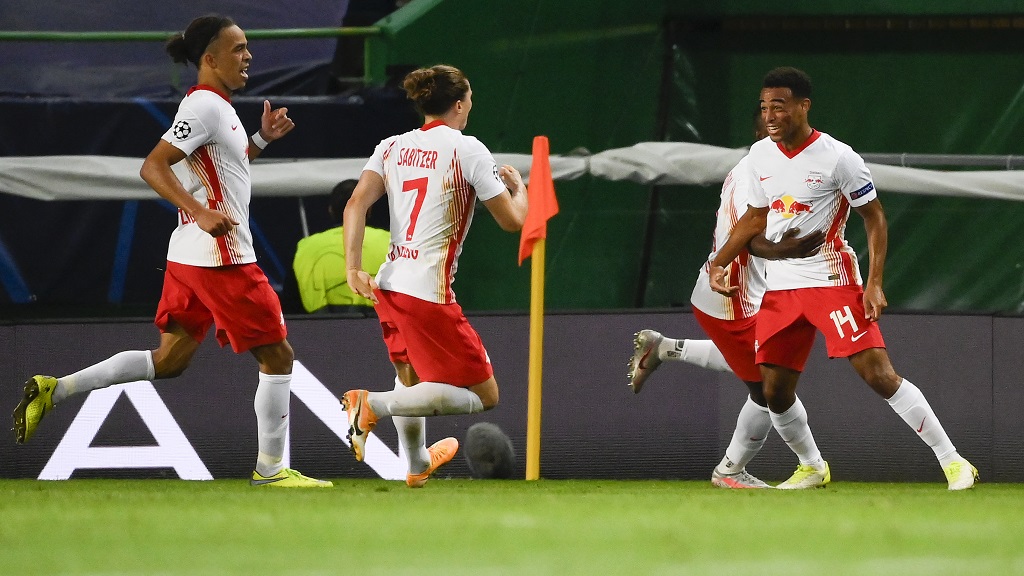 Leipzig, shorn of top scorer Timo Werner following his move to Chelsea, stunned Atletico in another dramatic finish in Lisbon after Joao Felix had pulled the LaLiga club back into the tie.

However, Adams – with the aid of a stray Stefan Savic foot – hit his first Leipzig goal to seal a maiden Champions League semi-final for the club.

Leipzig should have led inside four minutes as the ball fell kindly for Marcel Halstenberg inside the area, but the defender swept his left-footed volley over the crossbar.

Atletico responded and Peter Gulacsi clung to Savic's header, parried Yannick Carrasco's snapshot and was then perhaps slightly fortunate not to concede a penalty as he clipped Saul Niguez's heels, prompting a lengthy VAR check.

The opener arrived early in the second period following a fine passing move as Marcel Sabitzer delivered a square ball from the right onto the forehead of Spain international Olmo, who expertly steered his header past Jan Oblak into the bottom-left corner.

The outstanding Dayot Upamecano was relieved to see Renan Lodi booked for diving as he took a tumble inside the area, but Atletico did soon have a spot-kick.

Joao Felix darted into the area and tempted a lunge from Lukas Klostermann that this time warranted a penalty, taken and confidently converted by the 20-year-old substitute.

Although the momentum looked to be with Atletico, Leipzig countered with two minutes remaining and Angelino's cutback ran for Adams to shoot hard and low, earning a deflection from Savic to wrong-foot Oblak.