Above And Beyond takes Jamaica Oaks 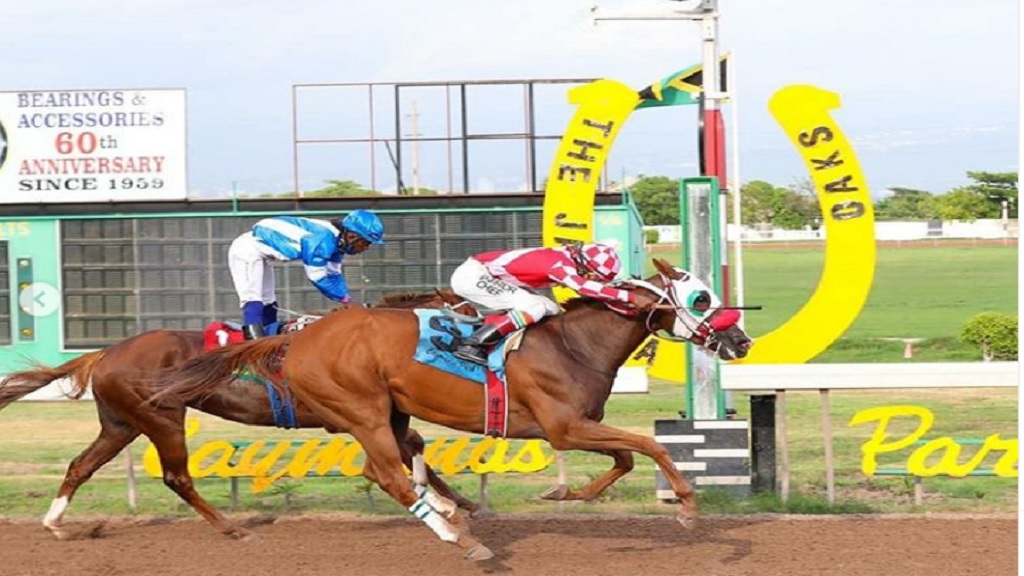 Above And Beyond, with jockey Dane Nelson, beats the Robert Halledeen-ridden Another Affair to win the Jamaica Oaks, over 10 furlongs, at Caymanas Park on Saturday, August 29, 2020. (PHOTO: caymanasracing).

ABOVE AND BEYOND ran down and outfinished ANOTHER AFFAIR to complete the 1000 Guineas-Jamaica Oaks double for fillies at Caymanas Park on Saturday.

ABOVE AND BEYOND confirmed her superiority over Guineas runner-up, ANOTHER AFFAIR, chasing the Robert Halledeen-ridden charge down the backstretch and into the straight, eventually overpowering her inside the final half-furlong of the 10-furlong race.

ABOVE AND BEYOND responded to a bustling ride from Nelson to win by a half-length in 2:06.4.

Walker used TOONA CILIATA to dominate the three-year-old at nine furlongs and 25 yards, leading down the backstretch before going clear approaching the last half-mile.

TOONA CILIATA pulled away in the straight for a five-length win in a fast 1:53.3.