Above And Beyond looks a safe bet to win Jamaica Oaks 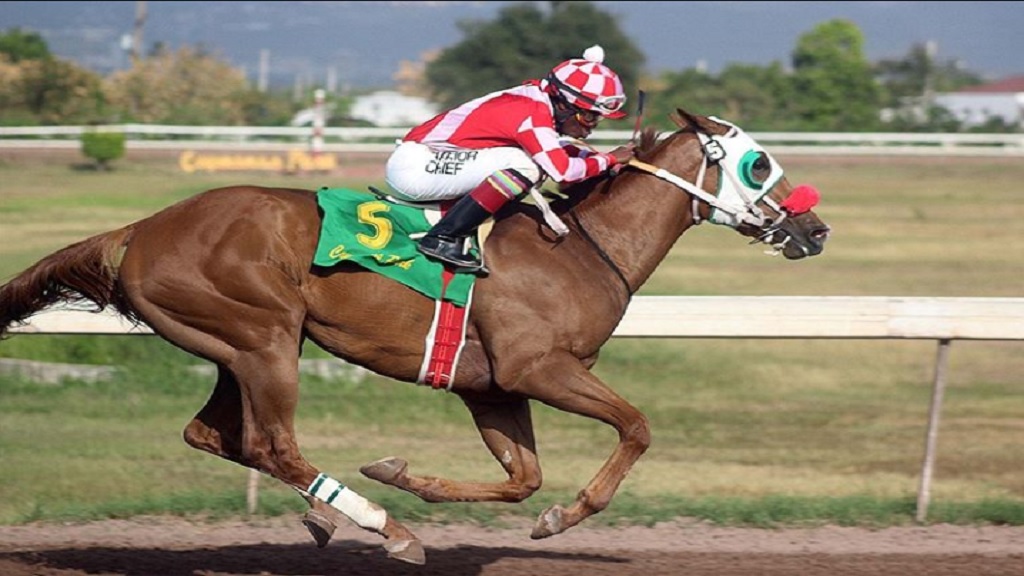 ABOVE AND BEYOND, is the hot favourite for Saturday's 10-furlong Jamaica Oaks at Caymanas Park. (PHOTO: caymanasracing).

Fillies' Guineas winner, ABOVE AND BEYOND, is the hot favourite for Saturday's 10-furlong Jamaica Oaks at Caymanas Park.

Leading rider Dane Nelson is aboard the Anthony Nunes-trained runner, who romped last month's 1000 Guineas by six and a quarter lengths, dismissing ANOTHER AFFAIR.

Gary Subratie's ANOTHER AFFAIR is among five runners renewing rivalry with ABOVE AND BEYOND after being outclassed in the Guineas at a mile.

There are four newcomers in the 10-horse field, and among them is Richard Azan’s SHEPANZA, a half-sister to top stayers, BIGDADDYKOOL and last year's Triple acrown winner, SUPREME SOUL.

SHEPANZA had finished third behind colts, GREEN GOLD RUSH and FEARLESS CHAMPION, on August 6 and has been creating a buzz after galloping six furlongs in 1:12.0 at exercise Monday morning.

Azan has summoned six-time champion jockey, Omar Walker for SHEPANZA, who will be treated with lasix for the Oaks.

Despite SHEPANZA's great workout, she faces a tough and experienced runner in ABOVE AND BEYOND, who beat 2000 Guineas runner-up, MAHOGANY, late last year.

Nunes' trio packs class but WOW WOW will carry 117lb with Robert Halledeen, nine lighter than the 126 with which he clocked 1:37.3 in the Guineas, chasing down MAHOGANY, who returned to almost smash the eight-and-a-half furlong track record in a phenomenal run.