PHOTOS: Teen's goal to be a psychiatrist made harder by home fire 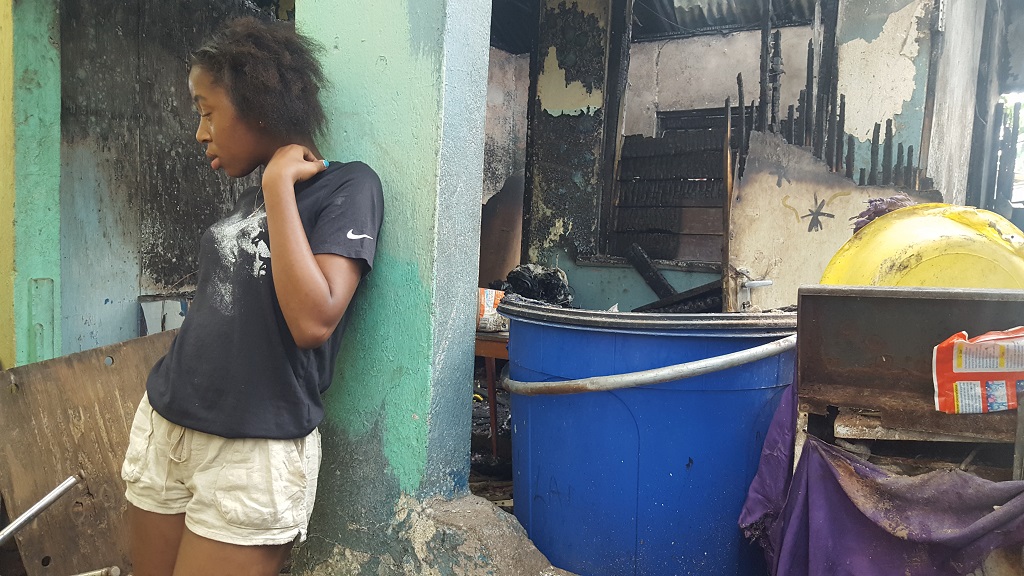 A distraught looking Andrica Morris, a 14-year-old Papine High School student, at her Grants Pen home in St Andrew which was gutted by fire on Friday.

But the 14-year-old Papine High School student’s goal to become a really productive member of the society was stymied by a fire at her Lady Huggins Avenue home in the community of Grants Pen in St Andrew on Friday.

Most of her school books and uniforms were lost in the fire, and now she is left wondering if she will ever be able to realise her career goal.

“I was at school on Friday and when I come home, the whole house burn down. I only have one uniform left and the books I carried to school on Friday,” Andrica told Loop News. 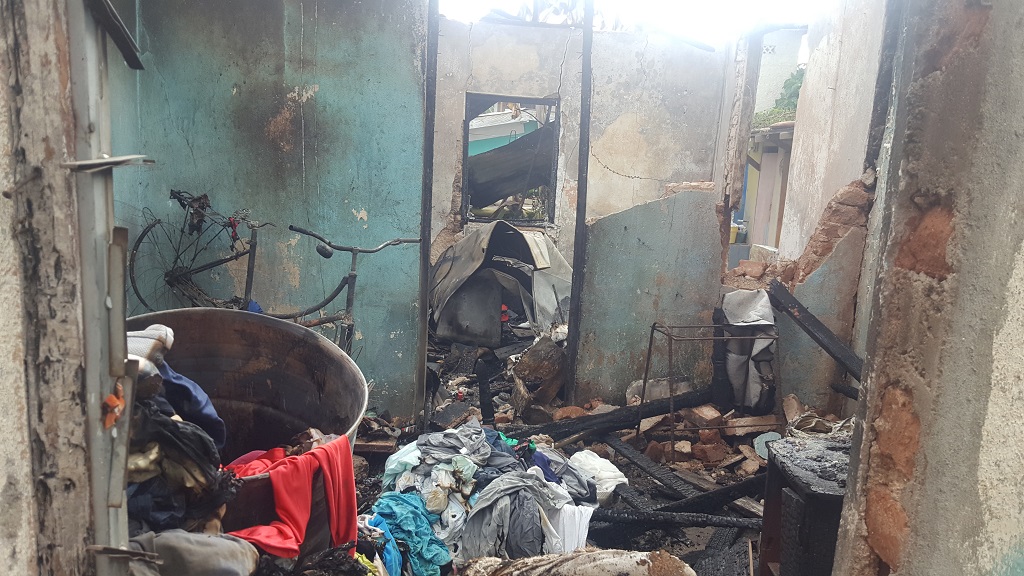 Inside a section of the gutted dwelling.

She is the only child of Kayann Lewis, popularly known as ‘Kuku’, and the single mother is at her wits’ end after losing all her earthly possessions so close behind the struggle to find her child’s back-to-school supplies only a few weeks ago.

“I don’t know where to turn right now, my head hurt up bad,” she said. 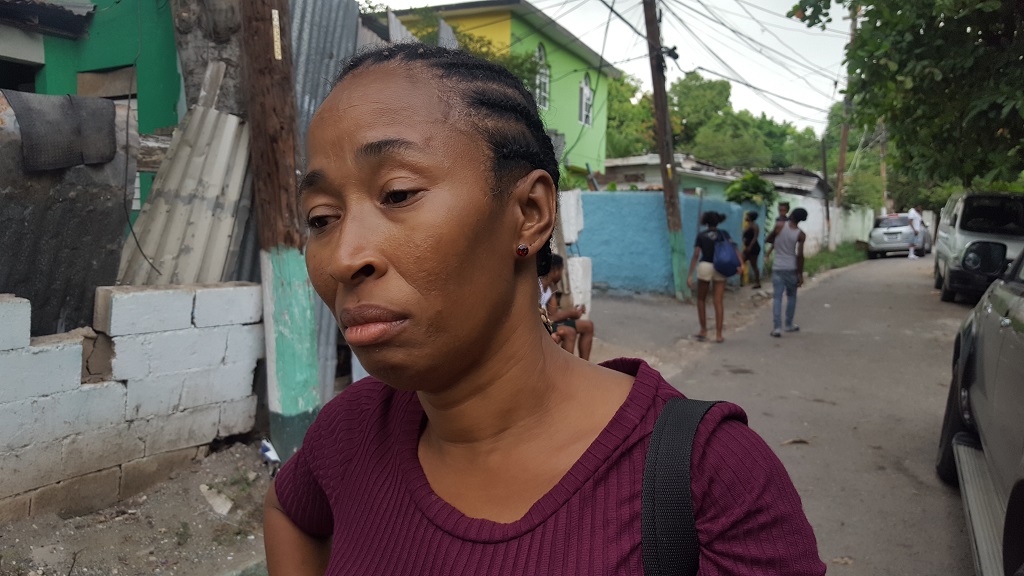 Her daughter, though distraught, still found the presence of mind to smile as she stood at the doorway of their now burnt-out dwelling.

The loss was similarly tough for Markland Knight, who also lived in the dwelling. 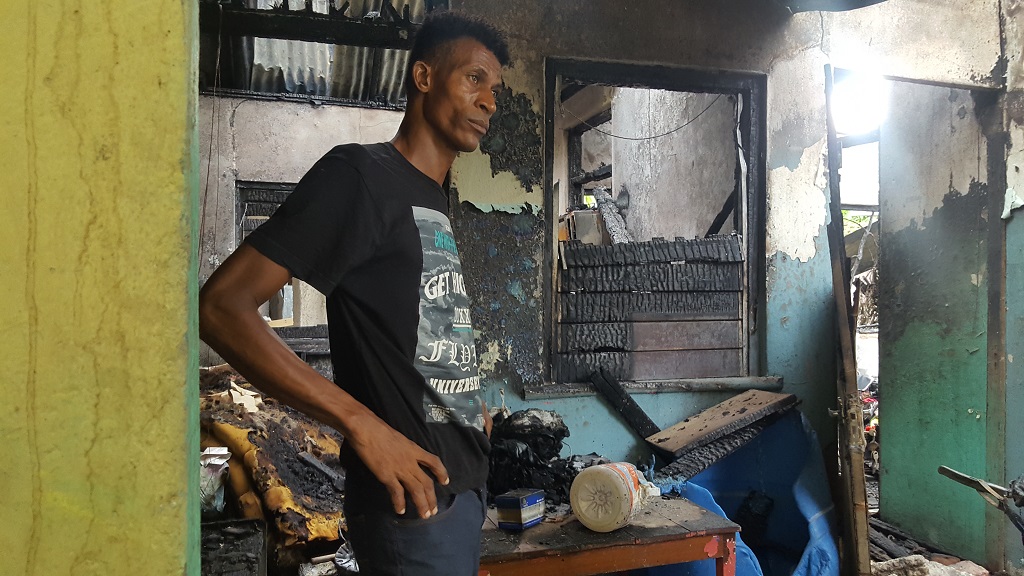 Knight told Loop News that he was in the parish of Manchester when he got a call informing him that his place was completely razed by the blaze.

He stood a picture of dejection at the sight of the charred building. 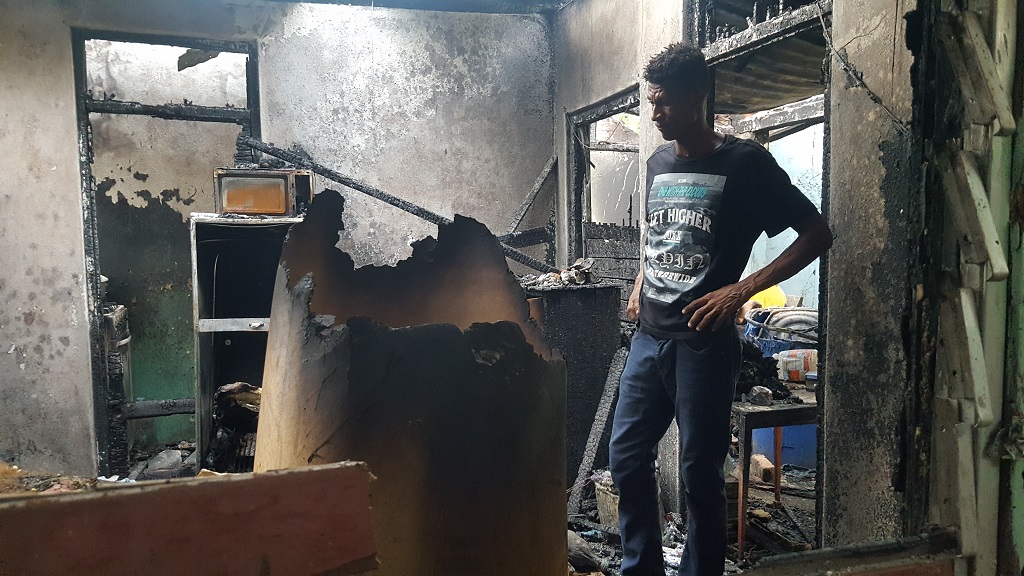 “Bwoy me nuh know. Me only have the clothes on my back, everything me work so hard for gone up in smoke,” Knight said, shaking his head slowly from side to side.

The cause of the fire has not yet been established.