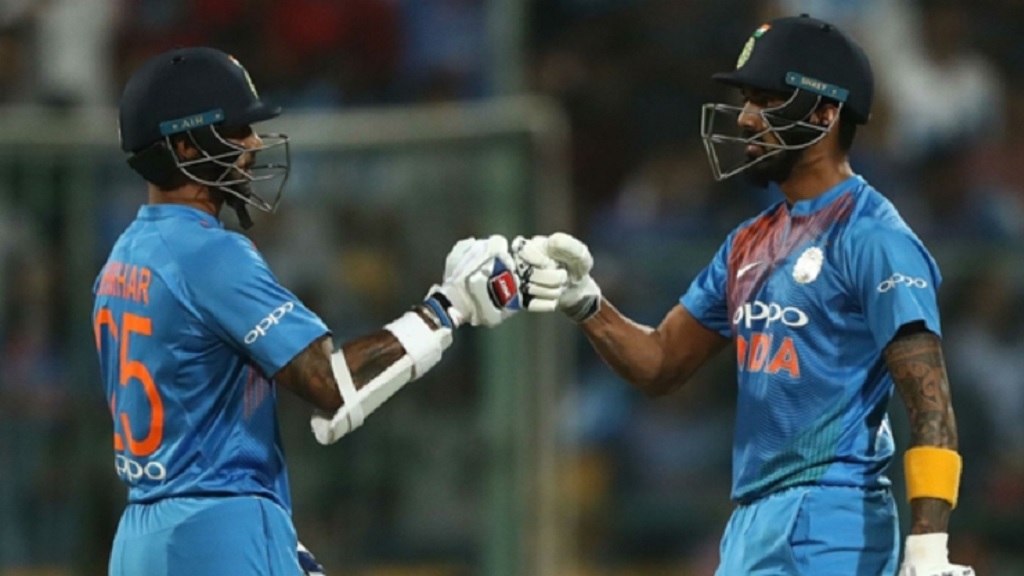 India completed a 2-0 series victory over Sri Lanka by comfortably winning the third Twenty20 in Pune by 78 runs.

KL Rahul and Shikhar Dhawan each had 50s for India, whose impressive score of 201-6 never looked achievable for a Sri Lanka side that was skittled for 123 with 4.1 overs remaining.

Dhawan (52) brought up his half-century with a single after a shot through extra cover but his 97-run union with Rahul was ended by Lakshan Sandakan (3-35) three balls later.

Rahul (54) fell two deliveries after making his 50 and Sandakan removed Shreyas Iyer in the same over to bring in captain Virat Kohli, who was batting down at number six.

Kohli hit a match-winning six in the second T20 and he made 26 off 17 before being run out attempting an ambitious second off Lasith Kumara, who dismissed Washington Sundar for a golden duck next ball.

India were at 164-6 with 16 balls remaining so Manish Pandey (31 not out) and Shardul Thakur cut loose, the latter bludgeoning two maximums and a four in a sensational eight-ball 22.

Jasprit Bumrah (1-5) moved clear of Yuzvendra Chahal (0-33) as India's leading T20 wicket-taker with a short ball to Danushka Gunathilaka (1) in the opening over of the chase and Sri Lanka were soon in trouble at 26-4.

Angelo Mathews (31) and Dhananjaya de Silva (57) steadied the ship with a 68-run stand for the fifth wicket, but when Sundar accounted for the former the jig was up.

Dhananjaya managed to reach 50 despite a distinct lack of support, but Navdeep Saini (3-28) removed him and Lasith Malinga to put the tourists out of their miser