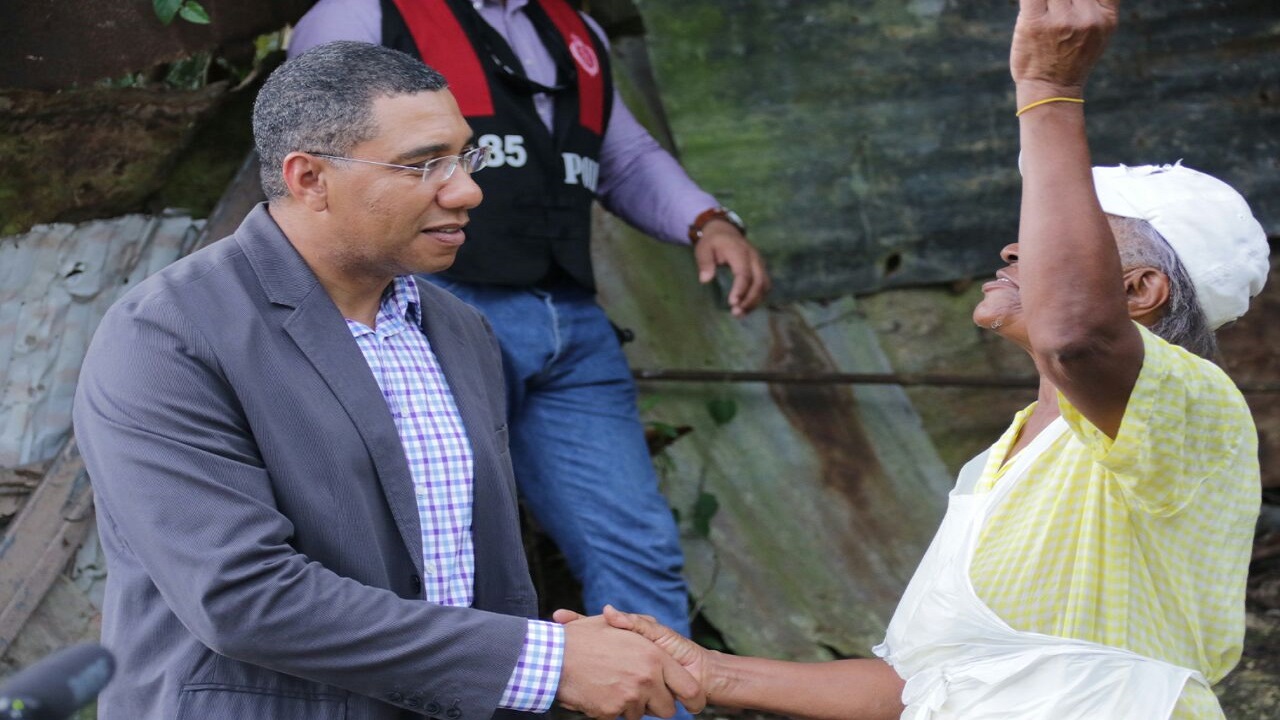 Prime Minister Andrew Holness speaks to a resident of Mount Salem following a tour of the community early last month.

Prime Minister Andrew Holness says the declaration of the Zones of Special Operation in Mount Salem, St James has stifled opportunities for individuals to commit crimes in and around the community.

"So right now within the zones there is not much opportunity to commit crime and that spills over around a certain radius of that community, very little opportunity.  The presence of the security forces cuts that off,"Holness remarked.

"We are searching for weapons and that has cut the capacity of people in the zones to commit crimes.  And, we will continue to search."

The prime minister was speaking at the annual leadership constituency conference, put on by the West Jamaica Conference of Seventh- Day Adventist Churches at their conference headquarters in Mount Salem last week.

He appealed to the leadership and members of the West Conference of Seventh-day Adventist Churches to assist the police with any information they might have of persons with illegal firearms in their communities.

"I want to just break here for a minute to say that you can help in that by providing information to the law enforcement people who are in the zones. If you don't want to go to do that, then call Crime Stop at 311," Holness said.

Mount Salem was declared a zone of special operations on September 1.

Since then, a number of wanted men from the community have been taken into custody. Additionally, a high powered rifle was among five guns and assorted ammunition recovered by the security forces.