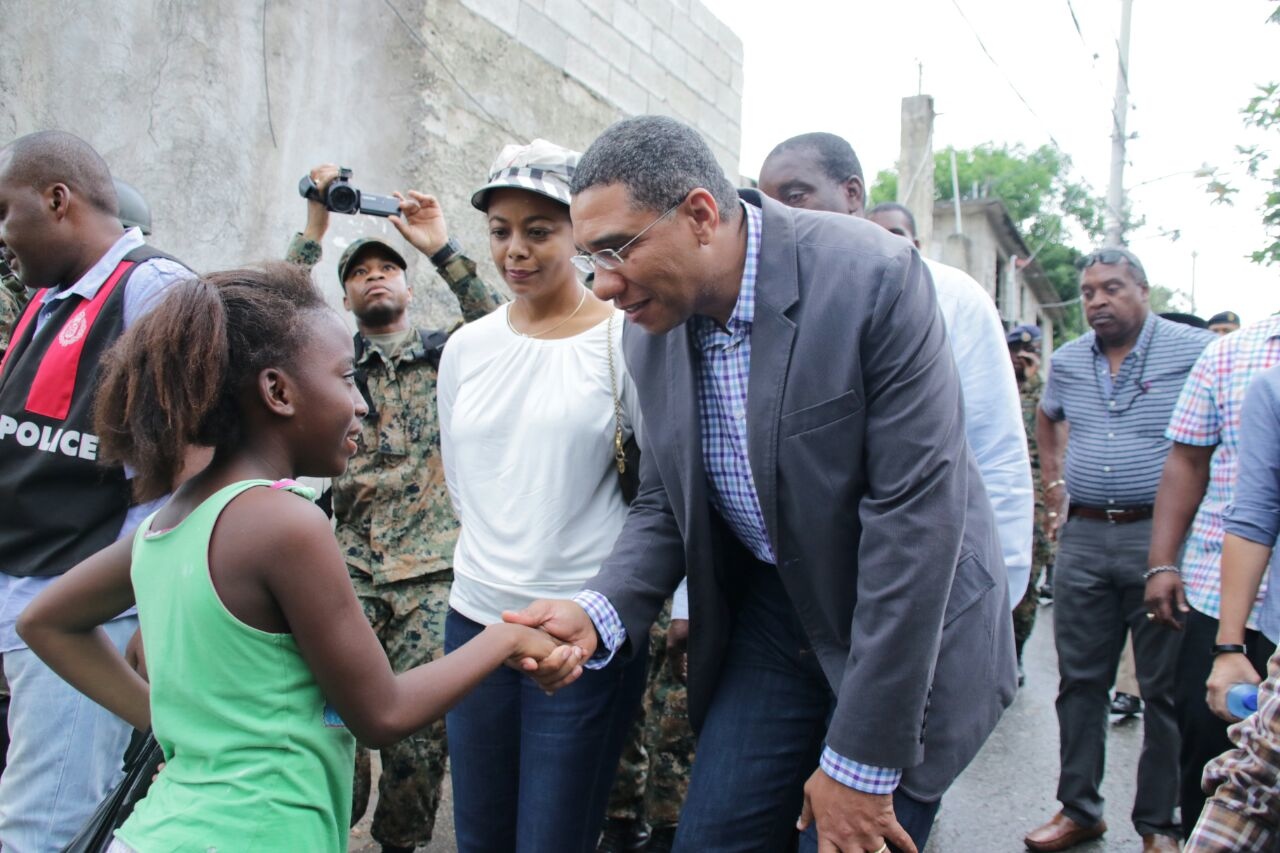 Prime Minister Andrew Holness greets a girl in Mt Salem, St James during a tour of the area, which was declared the first Zone of Special Operations.

Prime Minister Andrew Holness says the Zone of Special Operations (ZOSO) established in Mt Salem, St James will not deter children from getting to school on Monday.

“But, I am encouraging all parents to take extra care to ensure that they [children] get an early start for back-to-school, Holness said at a press conference after touring sections of Mt Salem on Sunday.

At the same time, all students in the ZOSO are expected to have a school ID.

“If they don’t have an ID, they will be allowed a high degree of flexibility in entry and exit, providing that they are in uniform. So we are urging parents to ensure their children are in uniform,” Holness said.

Additionally, a special fund will be set up to assist parents to purchase identification cards from schools, the prime minister advised.

Concurrently, Holness has encouraged residents to get some form of identification, following complaints that the ID requirement, which governs movement in and out of the zone is difficult.

He said, having received feedback, ground commanders will exercise greater discretion re IDs and entry/exit into zone.

“We will have the RGD, the PICA, EOJ and representatives from the tax office issuing TRNs. The SDC and HEART will also be on the ground along with various health services,” Holness said.

He added: “So it will be a massive undertaking, but I think [it’s] an important one in bringing the community together.”

The decision to declare Mt Salem as the first zone was based on police statistics, which show that the area is a major crime hotspot.

The zone will operate for 60 days.