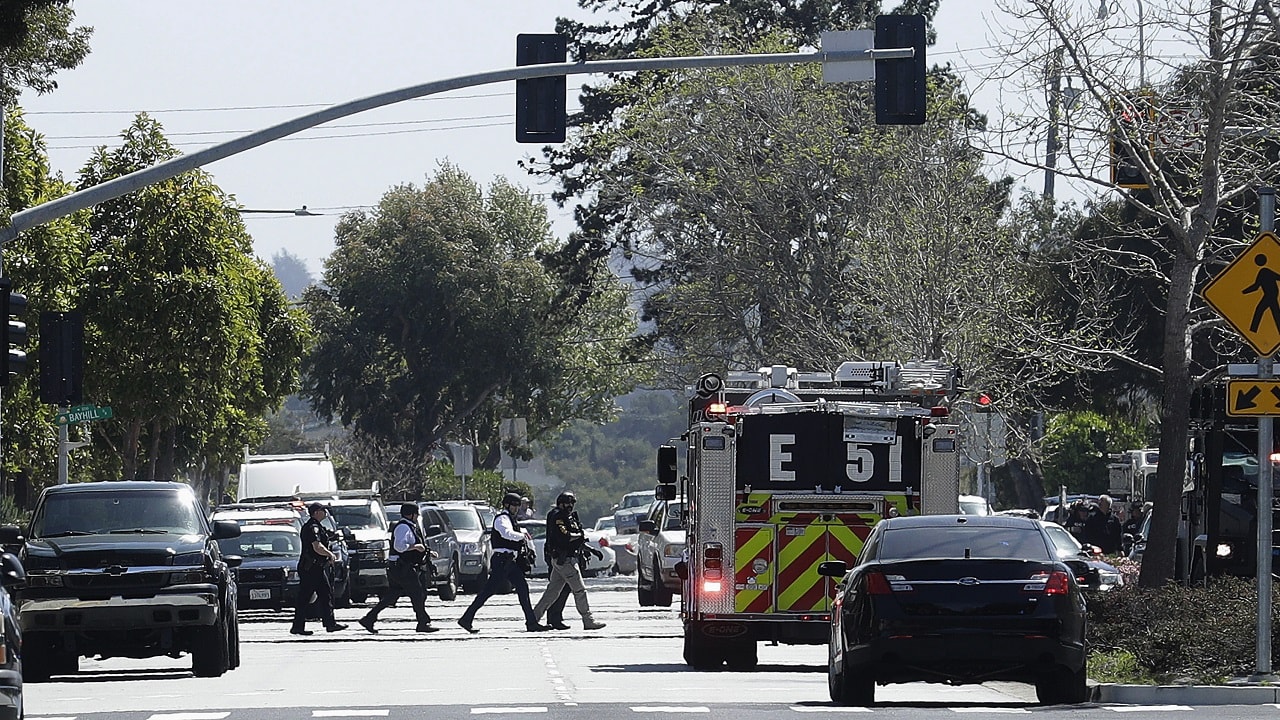 A woman opened fire at YouTube's headquarters in the San Francisco Bay Area on Tuesday, wounding four people before she shot and killed herself and prompting panic as employees hid and tried to flee, police and witnesses said.

Officers and federal agents swarmed the company's headquarters complex in the city of San Bruno as multiple 911 reports came in reporting gunfire.

San Bruno Police Chief Ed Barberini told reporters that the victims had gunshot wounds and were taken to hospitals.

YouTube employee Vadim Lavrusik posted on Twitter that he heard gunshots and saw people running. He said he was barricaded in a room with his co-workers before being safely evacuated.

Will Hudson said a friend who works for YouTube texted him about the shooter.

"I think there might be a shooter in my building," read one text. "The fire alarm went off so we started to evacuate and then people (started) running, saying there was a shooter." Hudson said his friend made it safely back to San Francisco and was in contact with his family.

Google, which owns the world's biggest online video website, posted on Twitter that the company was co-ordinating with authorities.

The White House said President Donald Trump was briefed on a shooting and that officials were monitoring it.