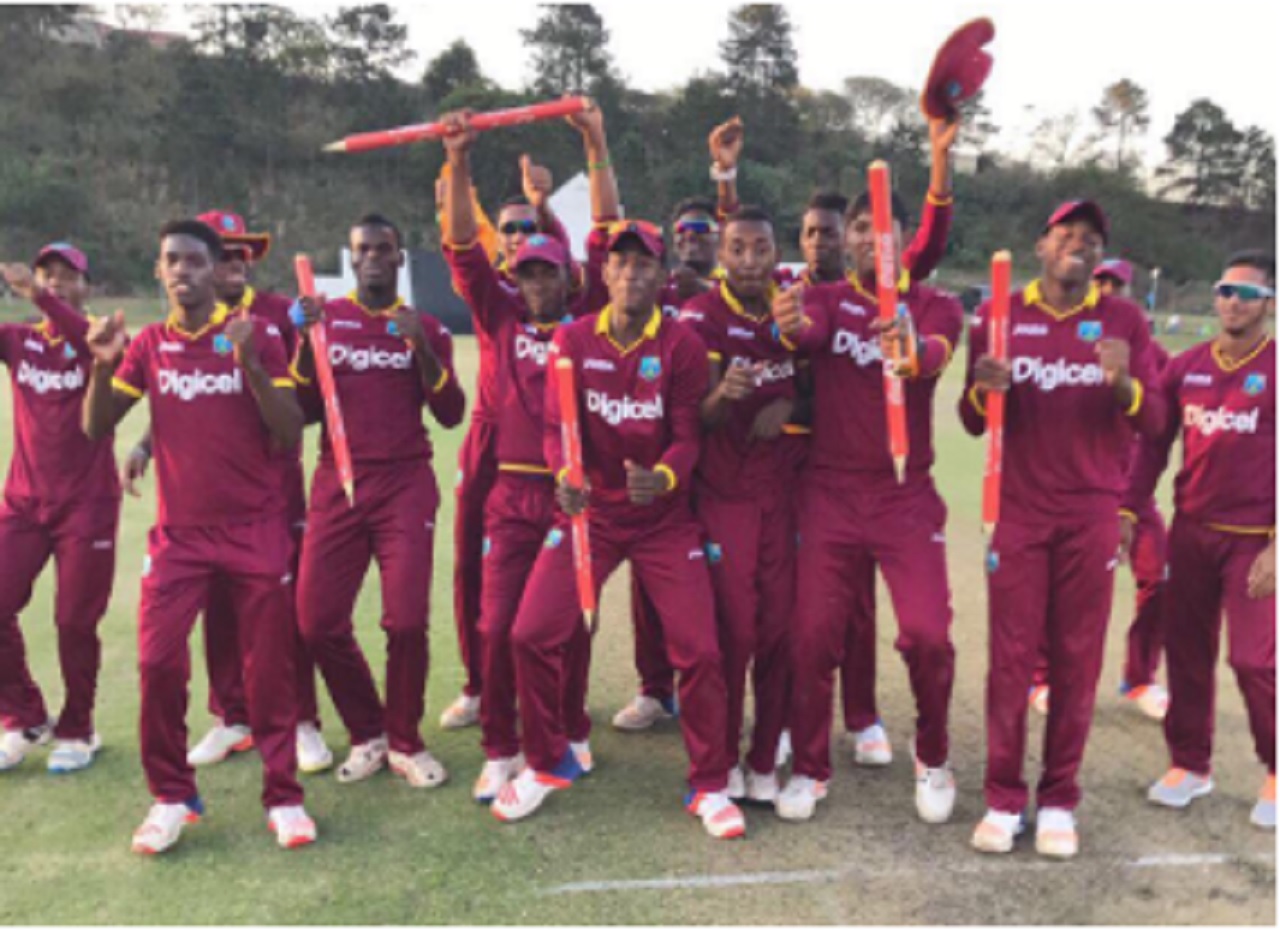 Set a victory target of 245 at Chatsworth Oval, South Africa entered the final over requiring eight runs but Off-spinner Bhaskar Yadram conceded just five runs to restrict them to 242 for seven off their 50 overs.

In fact, the Young Proteas were in pole position to take victory with just three required from the last two deliveries but Yadram kept Kenan Smith scoreless off both, to complete a phenomenal spell.

The Guyanese ended with three for 37 – including two wickets in the 44th over which blew the game wide open after South Africa U19s seemed to be cruising to victory.

Left-arm spinner Jeavor Royal was again among the wickets with two for 31 from his 10 overs.

The result was heartbreaking for opener Matthew Breetzke who struck exactly 100 – his second century of the series – while partner Jiveshan Pillay got 44 and Gerald Coetzee, 33.

Earlier, West Indies U19s rode on the back of opener Keagan Simmon’s unbeaten 107 as they gathered 244 for five off their 50 overs, after being sent in.

Opener Joshua Persaud, in only his second match of the series, struck 46 while Alick Athanaze extended his decent form with 40.

Simmons took the Man-of-the-Match honour while Yadram was adjudged Man-of-the-Series for his 205 runs – including two half-centuries – along with his five wickets.

The Young Windies were handed a great start by Simmons and Persaud who put on 83 for the first wicket to frustrate the South Africans.

When Persaud perished in the 21st over, Simmons put on a further 39 for the second wicket with Yadram whose 21 came from 32 balls.

But Yadram fell in the 32nd over at 122 and captain Emmanuel Stewart suffered the indignity of a first-ball ‘duck’ in the next over with no runs added, to leave the Windies stumbling.

However, Simmons remained solid and found an ally in Athanaze who produced a busy innings containing four fours off just 45 balls, as the pair added a critical 93 for the fourth wicket.

Trinidadian Simmons raised his half-century off 101 balls in the 34th over before stepping on the gas to gather his second fifty off just 46 deliveries.

Right-hander Breetzke then put South Africa in the driver’s seat, anchoring a first wicket stand of 112 with Pillay and a further 70 for the second wicket with Coetzee, as the hosts marched to 182 for one in the 39th over.

But Royal struck key blows, accounting for Pillay in the 21st over before returning to claim Coetzee, sparking a collapse where six wickets tumbled for 55 runs.

The turning point came when Breetzke, who faced 114 balls and struck seven fours and three sixes, was one of two wickets to fall in successive deliveries to Yadram, as the contest opened up in the 44th over.